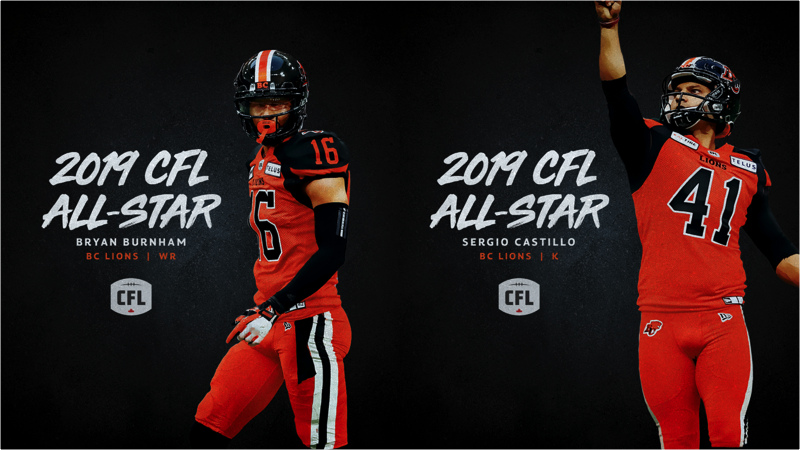 The BC Lions Football Club today announced that receiver Bryan Burnham and kicker Sergio Castillo have been selected as CFL All-Stars.

Burnham caps a career season after reaching 100 catches for the first time as a pro and recording a personal-best 1,492 receiving yards to go along with 11 touchdowns. The six-year Leo was also the Lions’ nominee as Most Outstanding Player. This is Bryan’ third-consecutive CFL All-Star honour.

Holding down the league’s best field goal percentage in 2019, Castillo picks up his first-ever CFL All-Star honour. Good on 41 of his 45 attempts, Sergio missed just two field goals in the second half of the year and hit on 30 of 33 converts giving him a career-best 156 kicking points.