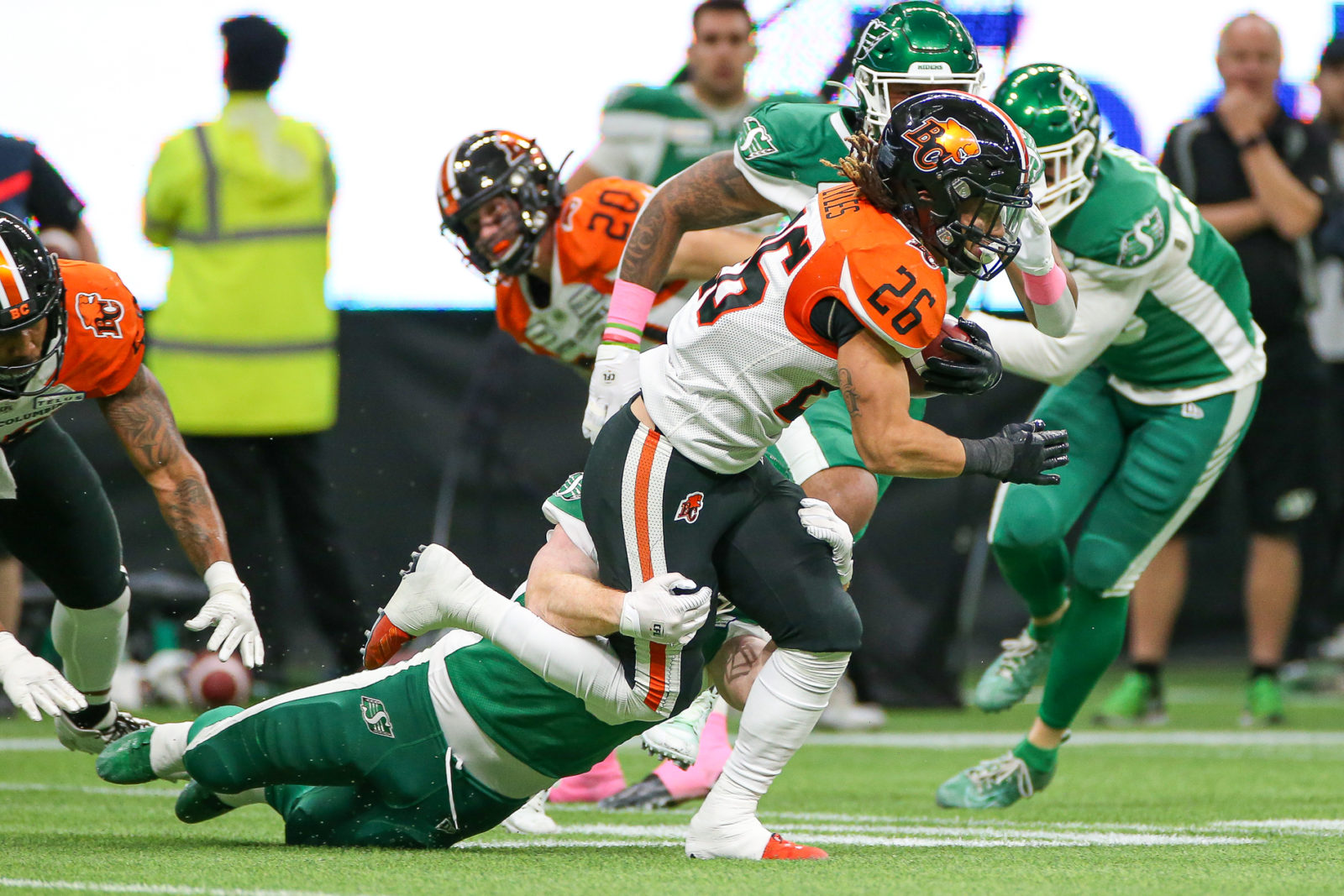 We have yet to experience our annual ‘dusting’ of lower mainland snow, but Jamel Lyles is ready for it. In the midst of shooting a community PSA for the City of Surrey on the importance of helping your neighbours shovel and salt their sidewalks, we couldn’t resist the opportunity to imagine playing some future games in the winter elements.

“Most definitely,” he said.

“Playing in the snow is a challenge but it’s also something to look forward to because it’s kind of fun. Playing in the CFL, you need to be able to play in the snow and different weather conditions so it does get me pretty jacked up for 2020.”

There is, indeed, plenty of work to be done before the Lions can think about possibly playing in the great outdoors of Regina in the 108th Grey Cup. Lyles is one of the club’s feel-good stories from 2019 and now he is aiming to play an even bigger role in his second pro season.

The club’s eighth-round draft pick (69th overall) last year out of Manitoba finally earned his shot on the active roster in a convincing win over Ottawa on September 13th, playing a role on special teams and hauling in his first career reception. 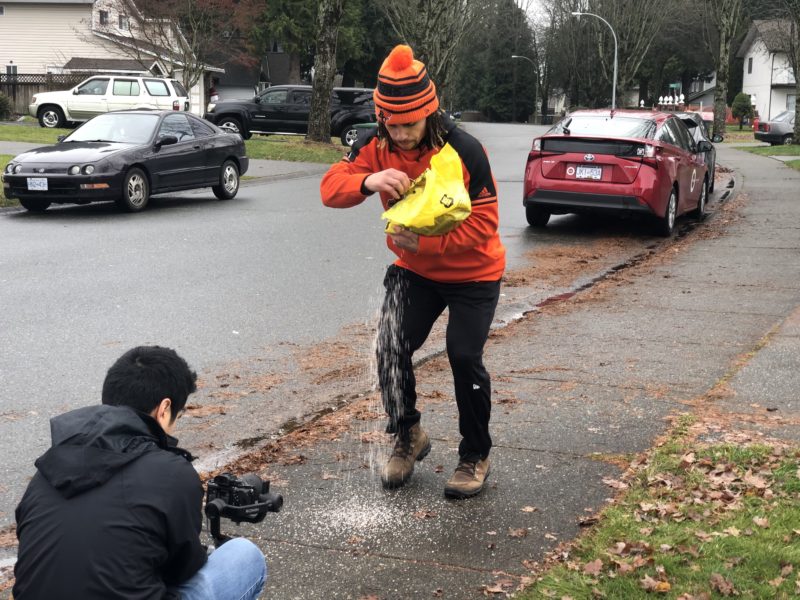 The following week in the nation’s capital he had 62 rushing yards on three carries, including a 36-yard scamper that nearly got him to the end zone. He doesn’t plan on forgetting that anytime soon.

“My buddies have been hassling me ever since. They keep asking me if my legs and hips are going to be strong enough to get me those extra one or two yards, ” chuckled Lyles.

“That really fires me up when I’m in the weight room getting ready. My first season was just a stepping stone. It was a growth process. I made connections with teammates and coaches that I ‘ll have for a lifetime. I plan on doing everything I can to put my best efforts and my best efforts on the field.”

The opposing head coach in that home and home with the RedBlacks was none other than Rick Campbell who was introduced as the Lions’ new sideline boss on Monday. The young running back recalls speaking with him during pre-draft interviews with Ottawa at the 2019 CFL Combine on Toronto.

“He’s a great guy. It’s yet another reason why the National Combine is such an important event to go to,” explained Lyles.

“Every meeting is a possible chance to be interacting with your new coach and your new boss. Each time you walk into that room you need to be on your best behaviour. Rick is a really good football coach. Even though our record wasn’t good enough last year, we had an excellent mindset in the locker room and he will be a big reason that continues.” 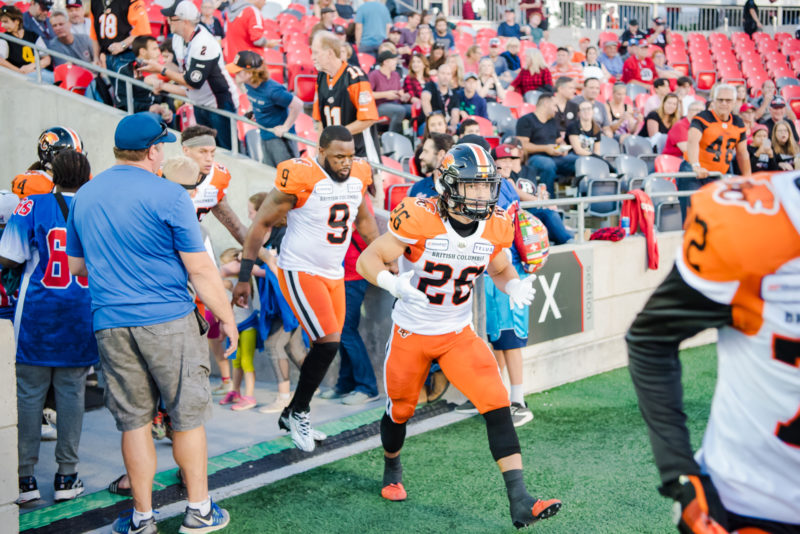 Always a guy who has tackled his personal and professional goals, Lyles probably has to pinch himself when he looks back at all he accomplished from draft day to the end of his rookie season. Not every kid can say they had the chance to play for their childhood team and practice just a few kilometres from where they grew up.

He cut his teeth in the North Surrey Minor Football Association before turning heads with the Lord Tweedsmuir Panthers program in high school. Along the way, he received plenty of help and guidance from different coaches and mentors.

Now he is proud to give back to the community he is proud to represent, even if it means thinking about a potential snowfall, something residents of Greater Vancouver don’t necessarily enjoy as much as their fellow Canadians in other provinces.

“Growing up in Fraser Heights, when it did snow all the guys were out helping each other, helping their neighbours and whatnot,” he said.

“I encourage all of the young adults to get out there and do the same, especially with the number of elderly folks and others who might not have an easy time. It’s great for building a sense of community, not only in Surrey but everywhere else.”

And like we said if it helps him mentally prepare for some big football games, the Lions could be better for it. With both John White and Brandon Rutley re-signed, the backfield depth will be fierce.

“Nobody is satisfied with what happened this past season,” said Lyles.

“At the same time, you don’t dwell on it. You accept it, you learn from it and you move forward.”