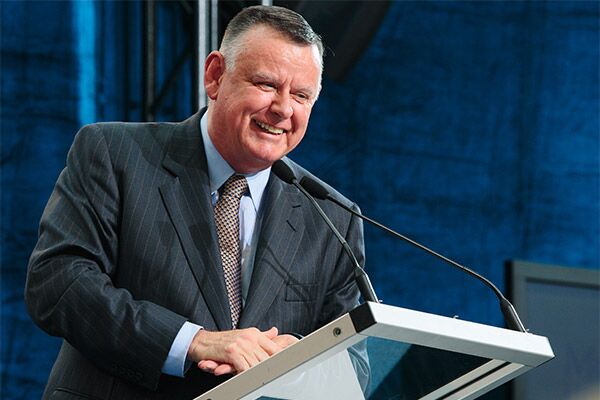 The BC Lions Football Club is proud to congratulate owner David Braley on being named an officer of the Order of Canada.

The BC Lions owner and legendary CFL builder purchased the football club prior to the 1997 season and quickly established the Lions as one of the league’s model franchises.  Under his guidance, the Lions have won three Grey Cup championships.

“This honour recognizes the tremendous role David has played in our league, shepherding it through challenging times and being an integral part of some of its greatest triumphs,” said CFL Commissioner Randy Ambrosie.

“And in that way, it also recognizes the important role the CFL itself and the Grey Cup play in the life of Canadians and culture of Canada.”

“It’s with pride and gratitude that I congratulate David on behalf of his fellow league governors and the entire CFL.”

Created in 1967, the Order of Canada honours people “whose service shapes our society, whose innovations ignite our imaginations and whose compassion unites our communities.”

Close to 7,500 people from all sectors of society have been invested into the Order of Canada.