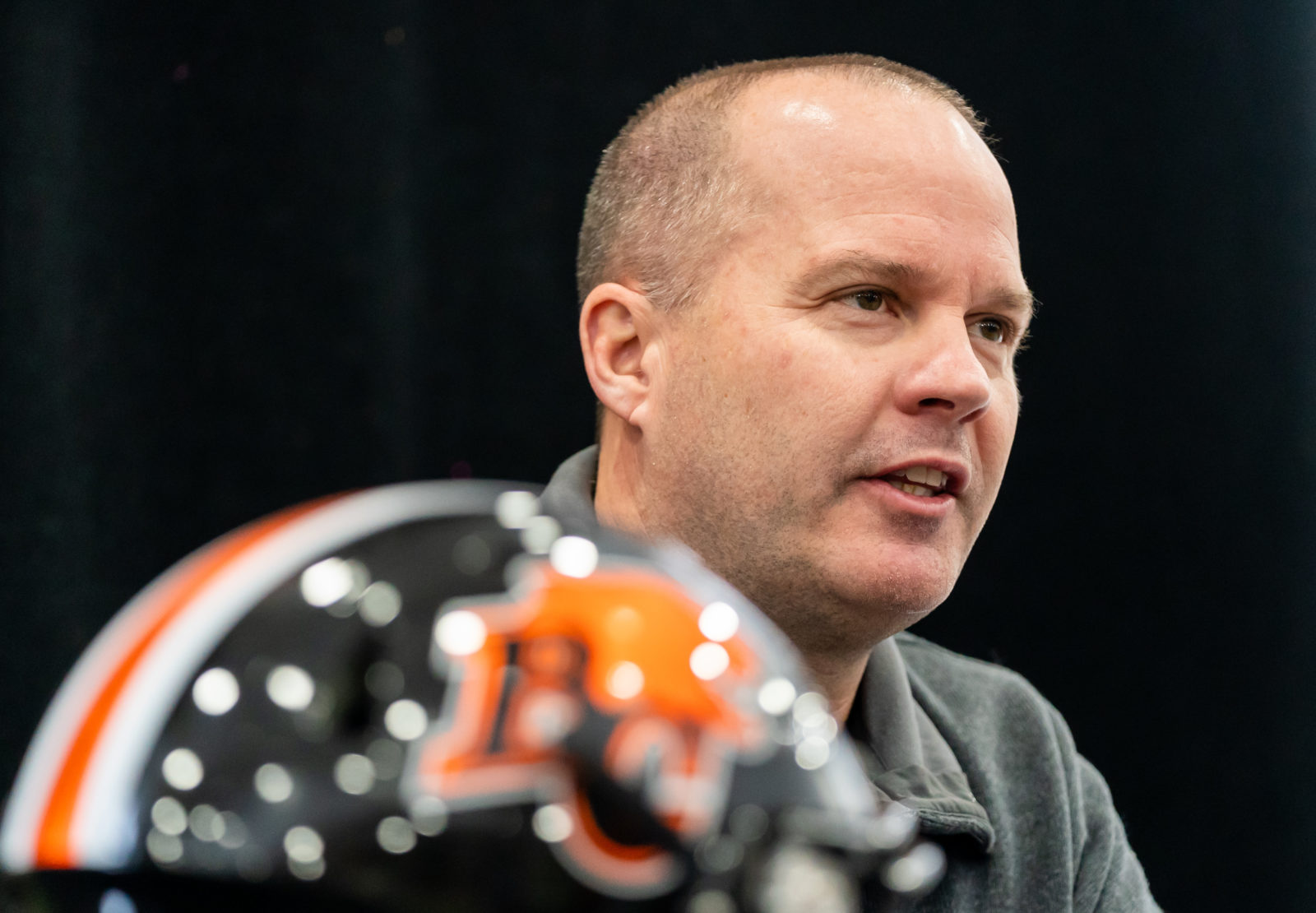 With head coach Rick Campbell finalizing his staff earlier this week and the CFL’s coaches and executives descending on Blue Mountain, Ontario for their first round of league meetings in this new calendar year, you can sense anticipation building for the 2020 season.

It truly is amazing how fast it all comes once the Christmas decorations get put away for another year. The next critical date on the Lions’ calendar will be February 11th when CFL free agency officially begins.

As you may recall, Ed Hervey was quite busy in last year’s derby signing prized free agent quarterback Mike Reilly and coming away with no less than 11 new players in the first three days of activity. The good news for Hervey this time around is he already has his quarterback plus a few key pieces having already signed 2020 contracts including receivers Shaq Johnson and Lemar Durant as well as running backs John White and Brandon Rutley.

In conversation with Chris O’Leary from CFL.ca, the Lions GM predicts another flurry of activity for his squad as they look to get back to the playoffs in 2020.

“I think there’s gonna be some changes. We have 30-plus free agents on our team,” he said.

“I’d imagine it’s just going to be a round-robin of guys moving around but we were able to establish our nucleus; a core group of players. This year, whereas coming out of last season, we were heading into collective bargaining agreement with everyone going into contracts, expiring contracts and we weren’t sure who the quarterback was going to be. We knew who we were going to target but the decision was there was a lot of that there were so many unknowns.” 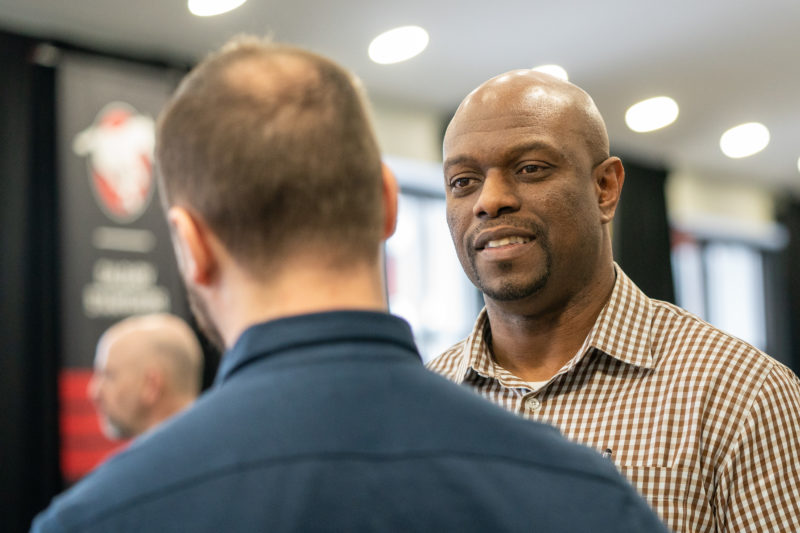 Above all else, Hervey doesn’t fear last season’s 5-13 record being a deterrent for any prospective free agent looking to change postal codes. His goal, from day one in taking over, has been to make British Columbia a CFL free agent destination.

“I feel like, despite our record, we’re much stronger this year, going into the year because we have established a core group of players and we have some young players that have have a bitter taste in their mouth from last season that are about to come back better.”

Campbell, meanwhile, has been a busy man since being named to his post. Between his December 2nd hiring and turning of the calendar, there was a long process of getting his coordinators and assistants locked down. He also tied the knot with his new wife Brianna in a New Year’s Eve celebration in Ottawa.

Along with getting used to married life off the field, the 2016 Grey Cup champion head coach has more than adjusted to his new football marriage. He sat down with TSN’s Dave Naylor to break down these crazy last couple of months in his professional life.

“When I ended up leaving Ottawa, I didn’t know what was going to happen,” Campbell explained.

“And then it ended up where BC came open and it was just a good fit. I know Ed Hervey, I know Rick LeLacheur. It’s totally new to me, in fact, I had never been to their practice facility before I went out there in December.”

“I’m just really excited. It’s a new opportunity. Working with guys like Mike Reilly and Burnham, they have a really good crew of players there. I’ve not worked with them before so I’m hoping from both ends it brings new energy.”

Taking over a team with Reilly behind centre would be an outstanding asset for any head coach on the job market. Having had to game plan for him for the last several years, Campbell expects number 13 being on his side to be slightly more enjoyable.

“I’m really looking forward to working with Mike,” he said.

“Not only what he does on the field, which is special, but just the way he carries himself. He’s an authentic leader I would call him. He doesn’t have to make stuff up or act a certain way, he just goes about his business as a leader. He’ll do what he does and we need to surround him with as many good people as we can. Obviously he’s shown that when he’s on a good football team and great things happen. I’m excited with the staff that we’ve hired on offence and that he’s going to know the terminology and all those things.” 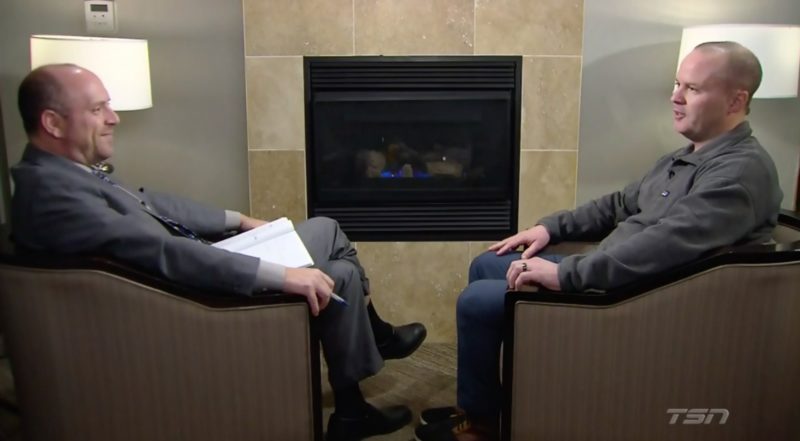 Offensive coordinator Jordan Maksymic was Reilly’s quarterbacks coach for three seasons with the Eskimos where Reilly led the CFL in passing yards each year and won the CFL Most Outstanding Player award in 2017.

Having first crossed paths while he was still a player for the Eskimos and Campbell was the team’s defensive coordinator, Hervey feels he got the right man to lead the Lions back into Grey Cup contention for many years to come.

“The familiarity that I have with Rick has gone a lot further than I probably imagined it was, even though I thought it would be good because I obviously knew him,” Hervey told CFL.ca.

But this is the first opportunity to work with him and his knowledge and understanding of the roles and the processes that go into his responsibilities have been refreshing. It’s provided comfort from myself just knowing that he’s an experienced coach that has been around the block more than several times and has a championship pedigree. And to go along with that, I’ve known him for over two decades. Yeah. So I rarely say that I’m happy about things, but I’m very happy about where we are, you know, the opportunities that we have to build a team together and I’m looking forward to that.”

New staff, new season, a new decade. Anticipation is indeed rising. Hopefully, the optimism from Blue Mountain is only a sign of things to come. 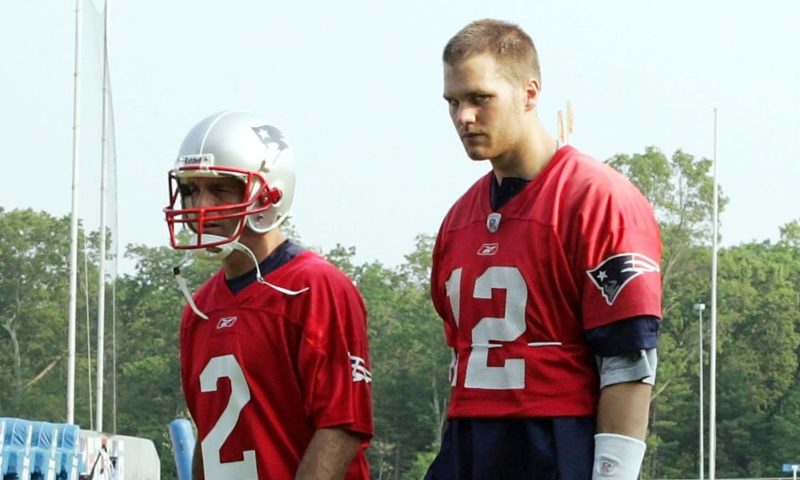