Bates Is Back Where He Belongs 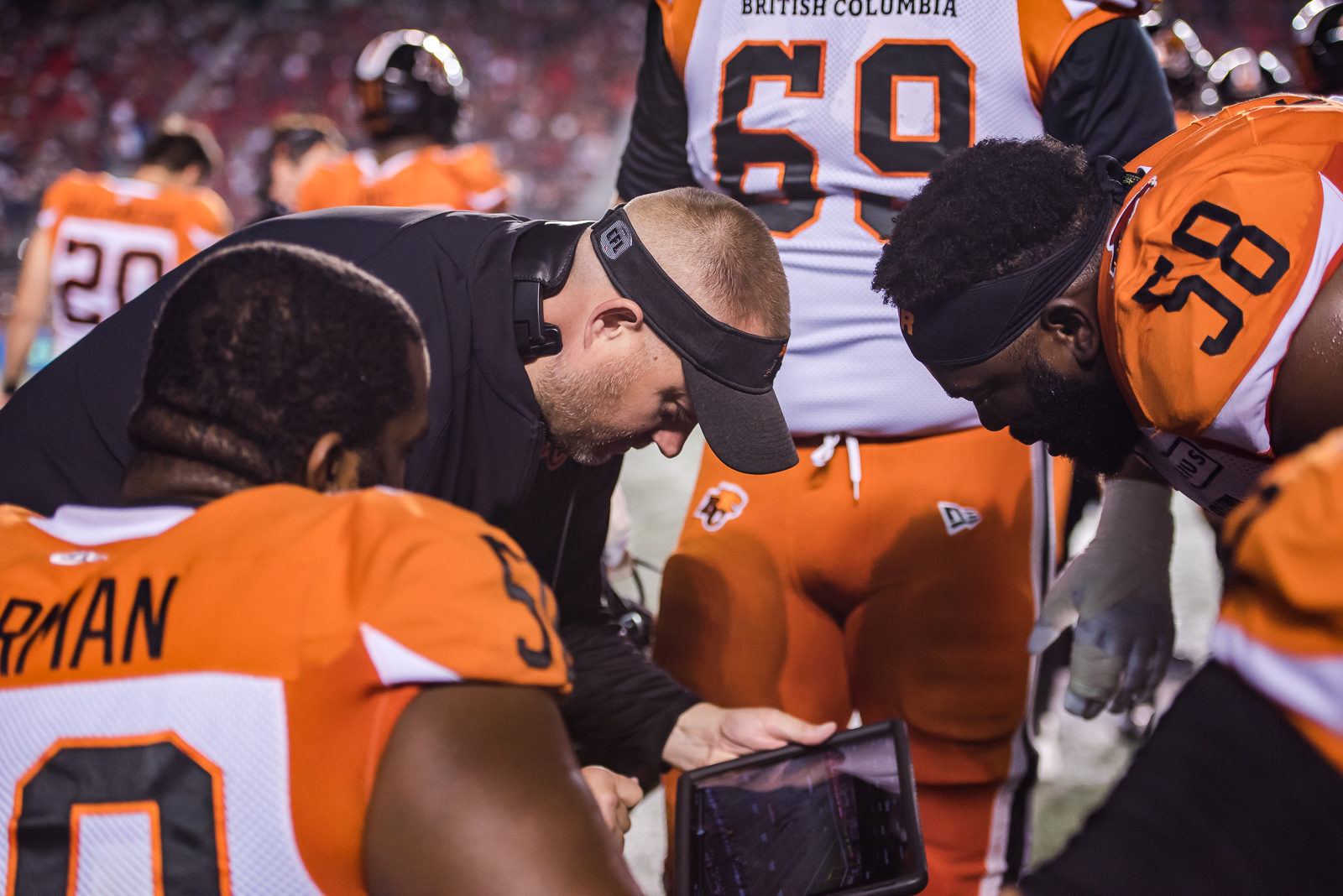 Bates Is Back Where He Belongs

As far as the coaching profession goes, he is a pure football junky through and through. But sit down for a deeper personal conversation with Kelly Bates and you quickly come to the conclusion he could have starred in a Saskatchewan version of the movie Slapshot.

“I played hockey all the way up until Midget and then even a couple of years of senior league in a town called Muenster,” recalled Bates.

Located nine kilometers from Bates’ hometown of Humboldt, the tiny community of just over 400 people was basically like stepping into a hockey time machine.

“It was this classic old barn style of a rink,” laughs Bates.

“They didn’t even have a Zamboni. They just used this old machine that spits out water and it somehow cleaned the ice. Hockey was my winter passion. My dad was the guy who took care of the ice in our home rink in Quill Lake. Even now, I still play men’s league in Burnaby from time to time.”

Bates’ crew as a youngster included future NHL players, Brendan Witt while he played against the Brookbank brothers Wade and Sheldon.

“It seemed like every small town in Saskatchewan had a few guys who went to the NHL.”

As we now know, football would be his true calling. Back in the fold as Lions offensive line coach as part of this week’s staff announcement, Bates is already hard at work in preparing for the 2020 season. And it’s clear the two-time Grey Cup champion is exactly where he wants to be.

“This is the organization I began my career with and always hoped I would play with until I retired,” says Bates.

“It didn’t happen but I was lucky to spend the bulk of my time here and also begin my coaching career with the team in 2011. From that side of things, I’m very excited to be back.” 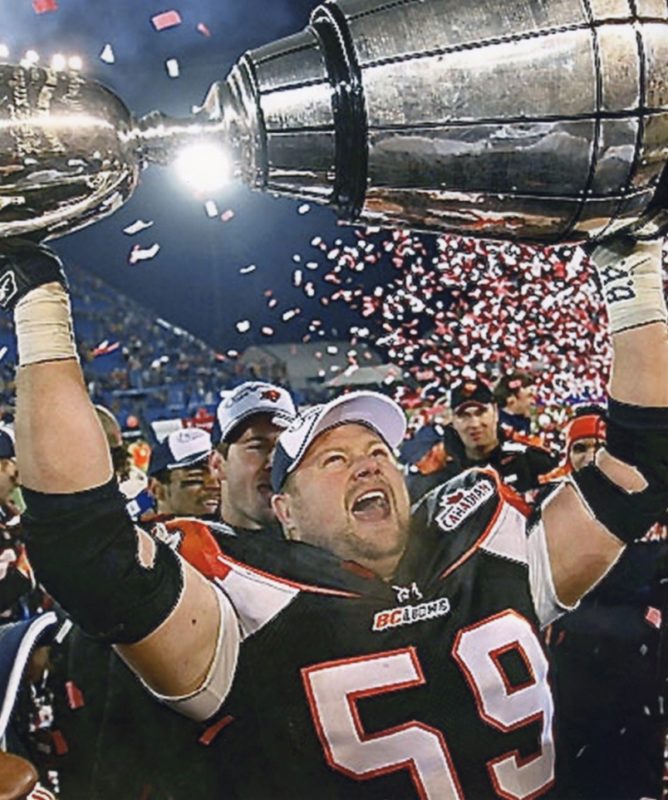 Kelly Bates enjoyed Grey Cup victories as a player in 2006 and then his first season as a coach in 2011.

Kelly and his wife Nadine, a nurse, have made Coquitlam their primary residence since 2010. With two daughters in school, the chance to remain here year-round was an added bonus when he stepped into the role halfway through last season. The interview process with Rick Campbell only heightened his excitement to be coaching in his adopted home province.

“As I got to know Rick, I really like his demeanor,” explains the O-Line coach.

“He’s a process-driven man and I really appreciate the opportunity to work with a man of that set of skills.”

Ironically, the two first crossed paths when Bates was traded by the Lions to Winnipeg in 2009 when Campbell served as the Bombers’ special teams coordinator and defensive backs coach.

“Although we weren’t on the same side of the ball, we were in the same building. When I first had the opportunity to sit down with him after he got hired here, the thing I appreciated the most was he is genuine. A lot of the things that are very important to me in my life and things that I try and carry myself are also very important to him. There was a unison and I very much appreciate that. Now it will take time to continue to build our relationship and I very much look forward to that opportunity.”

Bates also has a previous history with new offensive coordinator Jordan Maksymic. The pair worked together on Edmonton’s staff in 2018 when Maksymic was the quarterbacks coach and Bates served as an offensive assistant.  You never know in this business when you might be reunited again and Bates thinks the 2020 Lions offence will be in great hands with Maksymic leading the charge.

“First and foremost, he is a tremendous human being,” said Bates of his new OC.

“I can’t say enough good things about him. From a football perspective, he’s as smart as it gets. He’s very process-driven and detailed in everything that he does. I look forward to the opportunity of working with him at this level after spending six months in the same meeting room in Edmonton and knowing what type of person he is.” 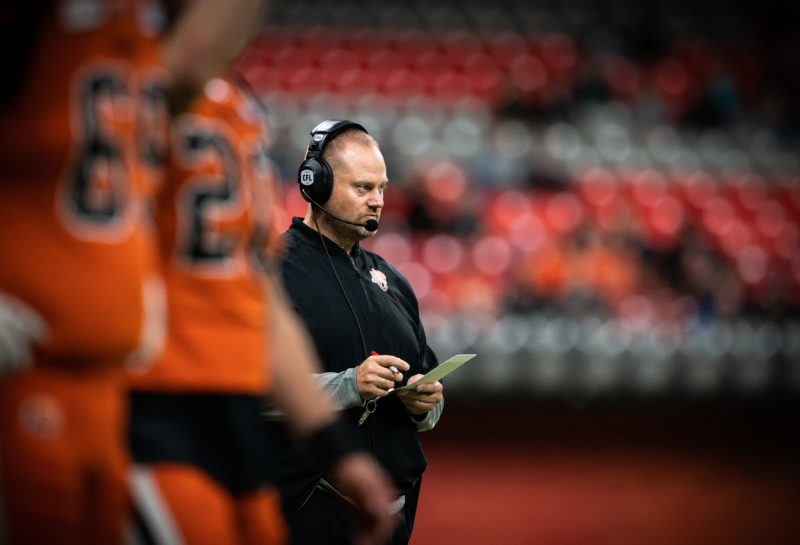 The exact makeup of the offensive line will be known in the coming months. With free agency just over a month away and the 2020 CFL Draft boasting its usual crop of young Canadian content, there is surely going to be a few new faces up front when the club reports to Kamloops for training camp in mid-May.

One thing Bates can say for sure is he knows he has the attention of returning veterans such as Joel Figueroa and Sukh Chungh just to name a couple. Bates feels that was evident from the time he took over in September of last season when the team had a 1-9 record.

“Not wanting to speak about one particular person, but as a whole, when I first came into that room last season it was a very tough situation for everyone involved,” remembers Bates.

“They weren’t having the success they wanted and very easily could have shut me out and said ‘we don’t like this change’ or ‘we don’t like what’s happening.’ Their reaction to adversity and change as well as their character and motivation to improve really shone through. They all wanted to be on the same page, they all wanted to win and they all wanted to help each other improve. I felt very fortunate to be in that room working with those men. They do bring everything you need to the table to have success.”

And although it was too little too late in terms of saving their season, Bates was able to help the unit contribute to a four-game winning streak and play at a much higher level in the second half of 2019. Much of that was attributed to continuity. Many of the 2019 veterans had learned under longtime coach Dan Dorazio, one of the best coaches the position has had in this league. Having played under Dorazio for the majority of his time as a player and then working with him from 2011-14 on the Lions staff, Bates coached the running backs and also served as the team’s draft coordinator, he now aims to model his career after the coaching legend.

“I truly believe I wouldn’t be here today if it weren’t for Dan,” said Bates.

“I’ve been fortunate in every chapter of my life to have the help and guidance from great mentors and teachers who have also become great friends. Dan started here in my second year as a player and it was a game-changer. The level of professionalism he brought and the way he approached everything; I don’t know if I ever played for another man who prepared us like he did. When we stepped on the field we felt we had answers for everything. That’s the basis of the approach I bring to everything now. I owe Dan a great amount and he’s influenced me immensely from his approach to the way he treated his men. I carry that with me everywhere I go.”

He is truly back where he belongs. Even if he had to sacrifice his Reggie Dunlop aspirations.