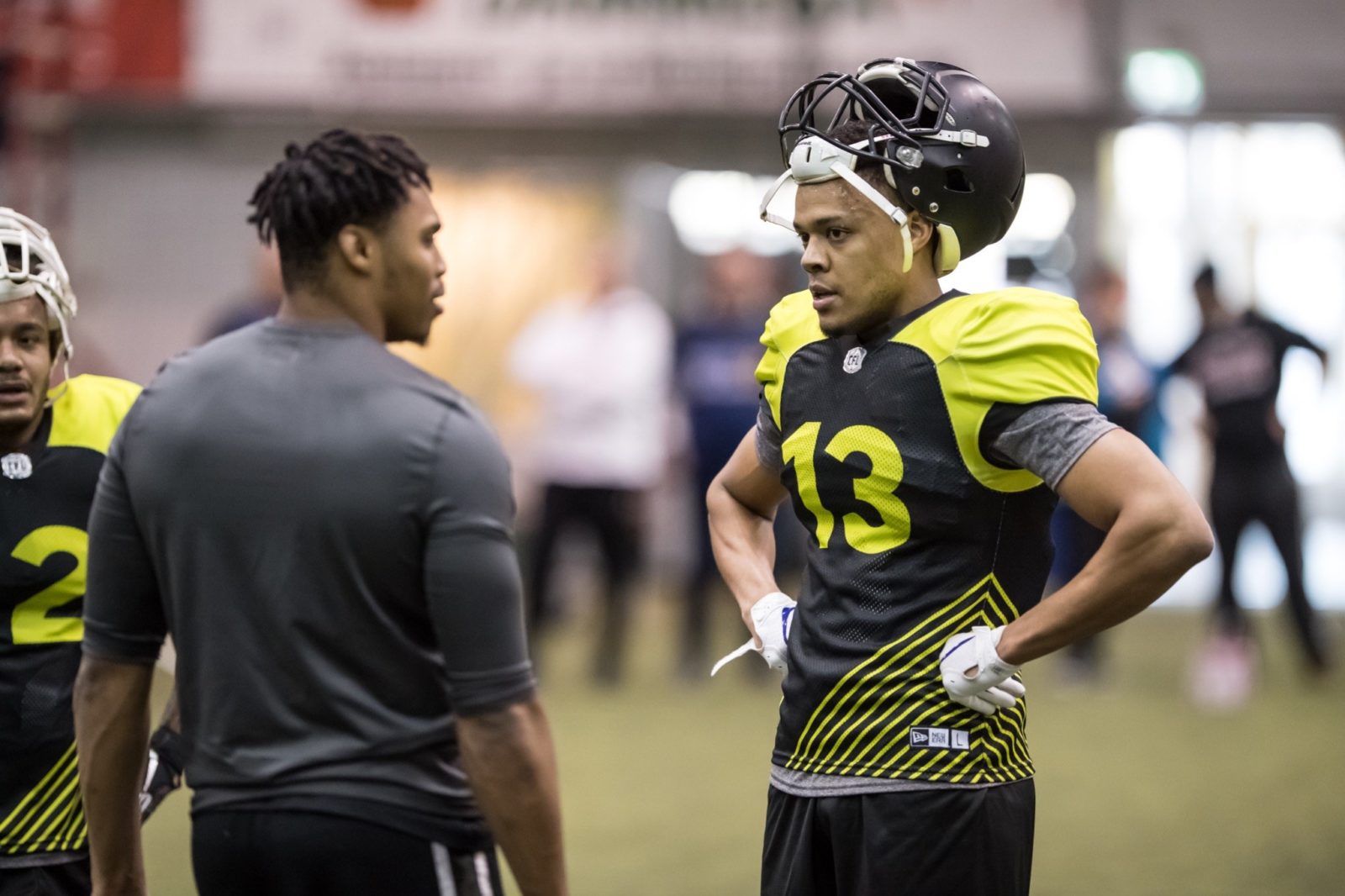 How do YOU spell opportunity?

Is it Yhdistää or Combiner? What about 組み合わせる or Kombinieren? For hundreds of global football players over the next few months, the CFL Combine is a chance to make a name for themselves.

Learning a new language is hard. I don’t have to tell most people that who have given it a try or been forced through the educational meat grinder as I was with French until grade 10, only to exit with a sparse understanding of street signs when visiting Montreal for an Alouettes game or Quebec City for a Vanier Cup.

Recently, I decided to attempt reinvigorating my language knowledge to acquire Portuguese, as my fiance’s family still lives in the Azores — and rumour has it being able to do more than just give your mother-in-law a smile and thumbs up is a good thing.

I spend twenty minutes every day weaving through sentence construction, basic pronouns and trying to make sense of why a car is masculine but an apple is feminine.

It’s not easy, but while fighting my way through the frustration of understanding how to communicate with another person — a skill we all take for granted each day — I realized how the CFL’s global outreach strategy is perfectly suited for combines.

A place where numbers and the eye test are the universal languages.

Defensive back Rufail Khalifa goes up to catch a ball during a drill at the first CFL Global Combine held in Helsinki, Finland on Saturday. (Credit: Jari Turunen)

Sure, there are going to be awkward moments at these combines as basic communication can at times be a natural hurdle, but the athletes know why they’re there, they understand what they are being asked to do and numbers serve as their well-articulated argument as to why they deserve a trip to Canada for the Global Combine in late March.

Some of my favourite moments in sport have come in international settings where the only common understanding between two competitors is mutual respect and the drive to prove they are the best.

It’s not as crazy as you might think. Many similar elements are present.

There is beauty in letting your skill and effort speak for itself, especially at a time when everyone seems to have something to say about everything.

I like to imagine the CFL five years from now where trash talk is limited, not due to some form of player moral evolution, but because there are so many corners of the planet represented that putting together a well-timed jab on your way back to the huddle isn’t worth the conjugation of verbs.

As global athletes from Germany, Japan, Sweden and Mexico — to name a few — compete this off-season, they will be put through a standardized set of tests, resulting in numbers being attached to their name as a representation of their athletic ability.

No translation required — as long as everyone is okay with the metre stick and counting kilograms.

The other element of combines that often goes under the radar is the eye test. While this is truer in a padded on-field session where coaches can clearly see how a player performs, it also applies to the combine.

How does a player move? Is their hip movement smooth and quick? Do they waste steps, and therefore time, getting out of a cut?

These are elements of athleticism and ability that speak for themselves and tell a story to evaluators watching that extends well beyond the hard data of a 40-yard-dash time or bench press number.

In expanding the CFL’s global footprint, Commissioner Randy Ambrosie and the league partners have invested in discovering a new Canadian Football League. One that honours the past but recognizes the need to evolve and entertain potential future fans.

Sport is a perfect venue to bring varying cultures together because it rarely relies on linguistic ability. This is even more true of the raw, sweat-soaked, heavy breathing environment of a CFL combine.

In 2019, the CFL featured designated ‘global players’ from countries outside the U.S. and Canada on its nine clubs – a first for the league. Next season, the number of global players per team will grow from up-to-three to as many as five.

If the talent level of global players continues to rise and draw increasing interest, we might all be speaking the same language — of football — before long.

For now, it’s time to let the global players’ performance do the talking. So sit back, relax and enjoy the hard-earned combine results we can all understand. Oh, and maybe pick up that “Italian For Dummies” book you’ve been thinking about for a while now. You never know when it might come in handy.