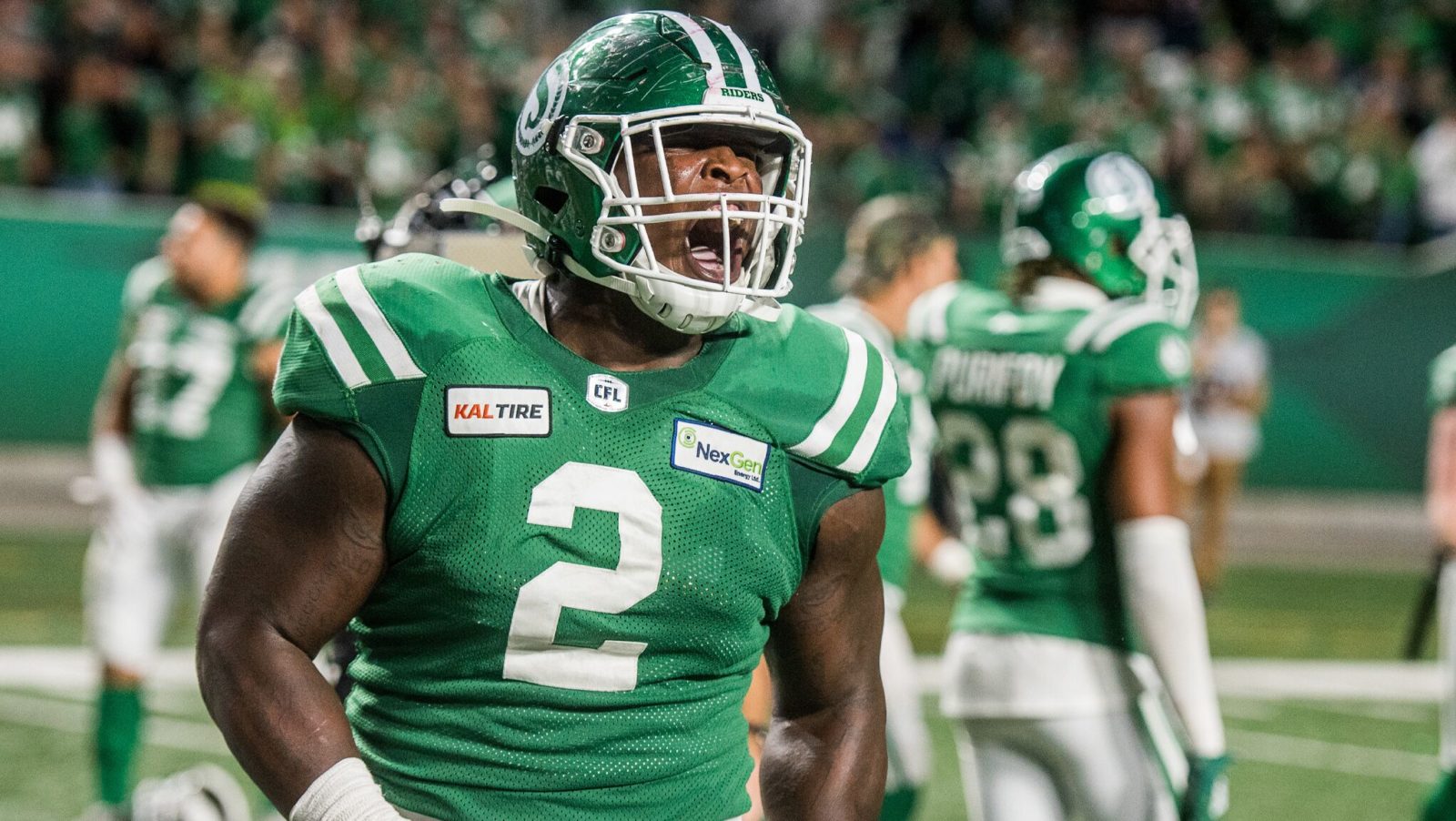 There are indeed many examples of talented, dedicated football players that have been met with adversity on their climb to the top of the mountain. Only a handful of them, however, succeed on the ascent to glory. Micah Johnson is a classic example of one that did.

After he was released by no less than five NFL organizations in a three-year span, Johnson found his way to the Calgary Stampeders in 2013 and was enjoying a successful rookie campaign before tearing his ACL in the regular season finale at against the Lions at BC Place. Six games into his second season, he suffered the exact same injury again and was on the shelf when Calgary won the Grey Cup that November.

In conversation with bclions.com moments after putting pen to paper on his one-year contract, the hulking defensive tackle had all of those early career memories come flashing back. Now that he has established himself as one of the league’s premier players at his position, it’s easy for him to say the early adversity fuelled him for bigger and better things. And he also looks forward to experiencing some happier moments at his new home stadium.

“I had a weird feeling about that place early on, ” said Johnson on his early injury woes.

“Eventually, I learned to love the dome and really looked forward to playing there. Vancouver is also a city you always look forward to getting to. It’s awesome. I love the fact I get to call it home now.”

His new team likely looks forward to having him even more. In Johnson, the Lions got the guy they had been targeting long before the free agency opened and could have their most dominant defensive player since Ed Hervey took the General Manager job over two years ago.

What Hervey and head coach Rick Campbell are banking on is the 2018 version of Johnson showing up to training camp in Kamloops in mid-May. That was the season where he one of was the lead horses in Calgary’s suffocating defence with a career-high 16 sacks, three forced fumbles and in an interception. He capped it all off by earning a third consecutive CFL All-Star selection and sipping from the Grey Cup for the first time with his gear on.

“We are thrilled to get a player of Micah’s caliber. His reputation as one of the league’s best defensive players will make our entire team better.”

After spending 2019 in Saskatchewan, Johnson is ready for another new chapter in his career on the west coast. At age 31, he has plenty remaining in the tank. He can’t wait to prove that.

“I’m very excited to get going. BC was a destination I wanted to go to,” explained the former Kentucky Wildcat.

“Getting to speak with Ed, coach Rick and the entire staff during last week’s negotiating period was huge in selling me on moving again. It’s great to be back with Campbell. He was my first ever defensive coordinator (in Calgary) and he was honestly one of the first people that had a vision in me being great ay my position. I loved the system and the way he used me back then. Honestly, I wasn’t as good as a player then as I am now. I was literally just learning the position. So for me, it’s exciting to be back playing for him.”

Johnson was originally recruited as a running back and scored a rushing touchdown in Kentucky’s 2006 Music City Bowl victory. His switch to defence paid immediate dividends as he was named to the All-SEC-Freshman team that same year and earned multiple All-SEC honours in his junior year including a first-team selection. 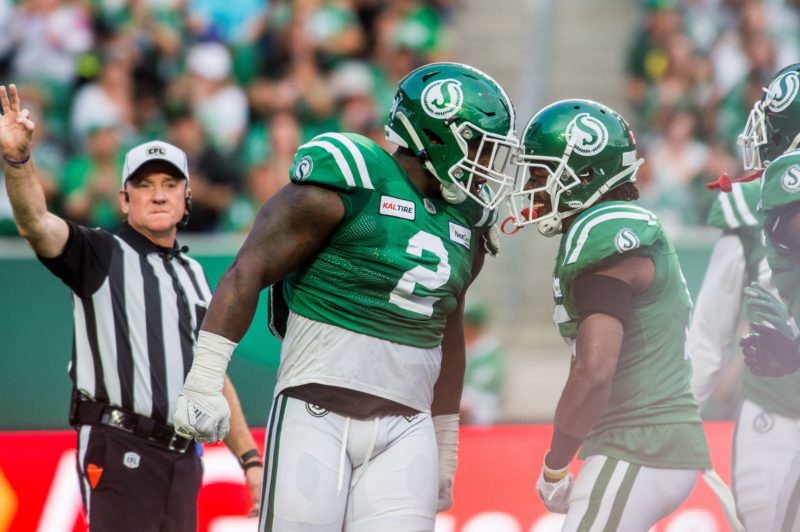 As for his ability to overcome both the NFL adversity and early injury problems that plagued him in Calgary, Johnson credits his upbringing. His father Nathaniel Johnson Jr. served in the US military. That forced the family to move around quite a bit. Georgia, California, Washington, Texas and Virginia were among the states Micah lived in as a kid before ending up at Kentucky.

“It was kind of tough,” explained Johnson.

“But I was lucky to have my dad and two older brothers. That made all the bouncing around a little bit easier. Virginia became the most familiar place because I attended middle school and most of high school there. My parents are still there, too. All in all, it was a blessing. Moving around so much as a kid helped me prepare for the real world. My upbringing made it easier for me to deal with being part of five NFL teams in such a short span.” 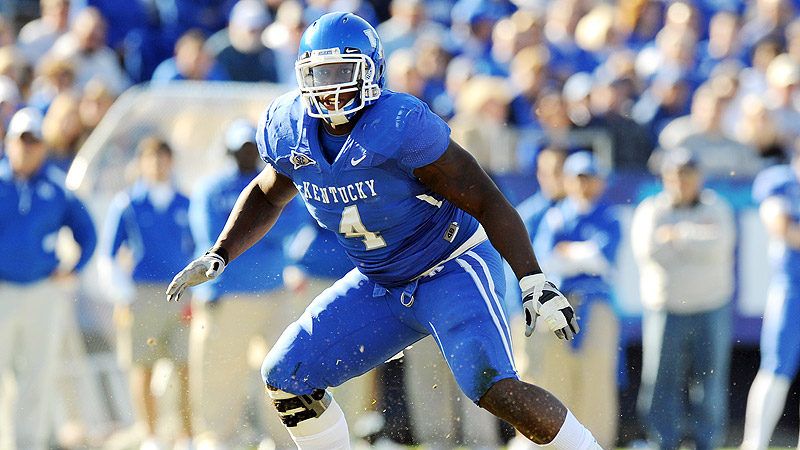 Johnson has tackled adversity and much more on the field during his great CFL career. Is the best chapter yet to come? That’s what he has in mind when he looks at the roster of his new squad.

“It starts with the big dog in Mike Reilly,” said Johnson.

“I’ve had to play against him for so many years. I know how tough he is and we’ve had a lot of battles. Then you look at a couple of the other d-lineman we added combined with the guys that re-signed in the secondary and this defence has the ability to make some real noise. Their record obviously wasn’t good enough last year but they were in a lot of close games and never quit when it got late into the season. It just felt like they really wanted me to come and be a part of what they’re building toward here.”

Being the savvy veteran that he is, Johnson knows February talk doesn’t amount to much. Now it’s about translating it to the field and film room.