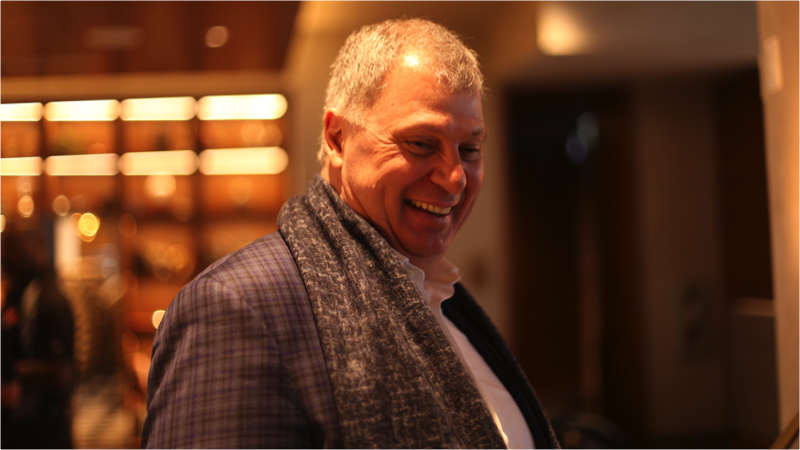 Randy Ambrosie is a man with a grand plan and clear vision on what his CFL will look like. And it was on full display during a visit to Vancouver as part of his third annual cross-Canada road trip.

Over a span of 36 hours, Commissioner Randy Ambrosie made three in-studio media appearances, had breakfast with some prominent Lions sponsors, hosted a focus group with a few of the club’s long-time season ticket holders and met with a number of the city’s prominent business leaders and global consular generals.

In an exclusive interview with bclions.com, the Commissioner was asked about a few interesting topics, starting with his CFL 2.0 initiative aimed at growing the league’s reach on a more international scale. 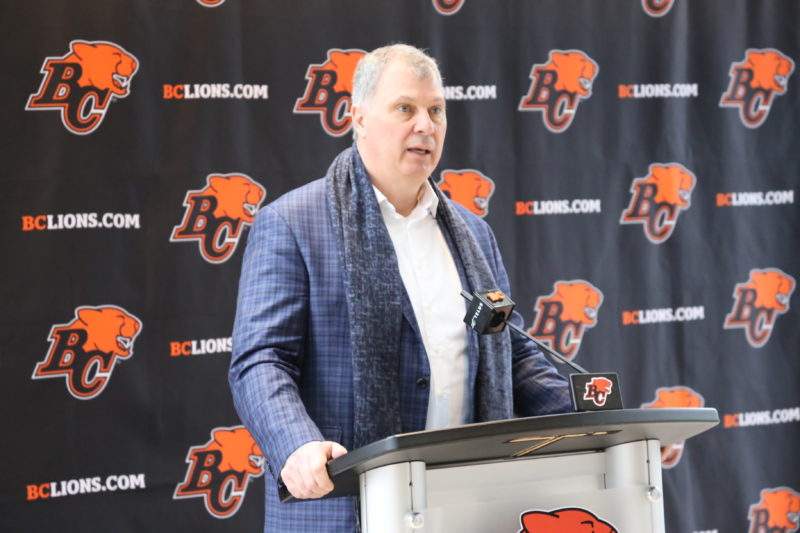 With continuing questions on how this city’s changing demographics are impacting casual fan interest for the BC Lions and CFL in general, Ambrosie agreed with the notion that Vancouver’s multi-culturalism can be an advantage as the league continues to extend its brand across international borders. This writer was motivated to ask the Commissioner more about it after taking in a recent Vancouver Canucks game and noticing a large presence of international students from Mexico sitting around me.

“We have to put out the ‘Open for Business’ sign to all the communities,” explains Ambrosie.

Federations from Brazil, Japan and Australia have recently signed agreements to take part in the league’s global talent expansion. Each of those countries has a strong representation in Vancouver from international students to those who have made Canada their permanent home.

After testing the waters with Mexico and European drafts last year, the CFL will stage a full-scale global draft coming up on April 16th. For a second straight year, the top global players from around the world are invited to attend the CFL Combine later this month.

Each CFL team will also dress two global players in 2020 along with the ability to carry up to three more on the practice roster.

“David Stern was a great man, a real great commissioner. 35 years ago, they thought he was crazy for trying to attract players and fans from other countries. Now, look at the NBA’s popularity across the world.”

Last season, one active roster spot was reserved for a global player. The Lions currently have Mexican receivers Fernando Richarte and Gerardo Alvarez, as well as French receiver Benjamin Plu on the roster. All three dressed for games in 2019 and they, along with the new global players selected as Lions next month, can be relied on to help spread the word amongst international residents from their respective countries.

And in a rather interesting development, Australia has made the decision to adopt Canadian rules for its Football Federation- a clear sign that these participating nations are taking the CFL 2.0 opportunity seriously.

As the Commissioner explained, reasons for the Aussie rule changes are that they “simply find our version of football a lot more exciting.” These are the developments that all fall in line with the message he is trying to send worldwide.

“It’s important to come out and tell the story and really remind everybody that there is room in the CFL tent for everybody.”

He had just arrived from Regina where the focus was finalizing plans for the spectacular Grey Cup festival this November. So it goes without saying Ambrosie was front and centre for plenty of optimism in Riderville. Here on the west coast, it would be more accurate to describe the 2020 optimism as being more cautious.

Still, many in the Lions organization feel they have addressed some huge names in free agency while Rick Campbell has appeared to push the right buttons with the finalizing of his coaching staff. Ambrosie is excited to see how this squad might bounce back after a difficult 2019.

“If you start the conversation with Mike Reilly, put a comma and then talk about coach Campbell and you put those two names on one page then you’ve got the beginnings of a great story,” said the Commish.

“There are so many layers to the story here. What Ed (Hervey) has done to assemble the roster; there is a lot of talent here. There was also the fact you had a pretty good closeout to the (2019) season here. I think a lot of things started to happen. It’s an exciting time to think about what the BC Lions can do in 2020. I think you’ve got all the parts necessary to build a winner here. You’ve got the CFL Draft coming up as well as the Global Draft. Ed and all of you will add some more key components to this.”

Winning football also goes a long way for CFL 2.0. During his various presentations, Ambrosie couldn’t say enough good things about the Campbell hire. As a former Edmonton Eskimos lineman, Ambrosie knows all about the Campbell name and the impact both Rick and his legendary father Hugh have had on the CFL. 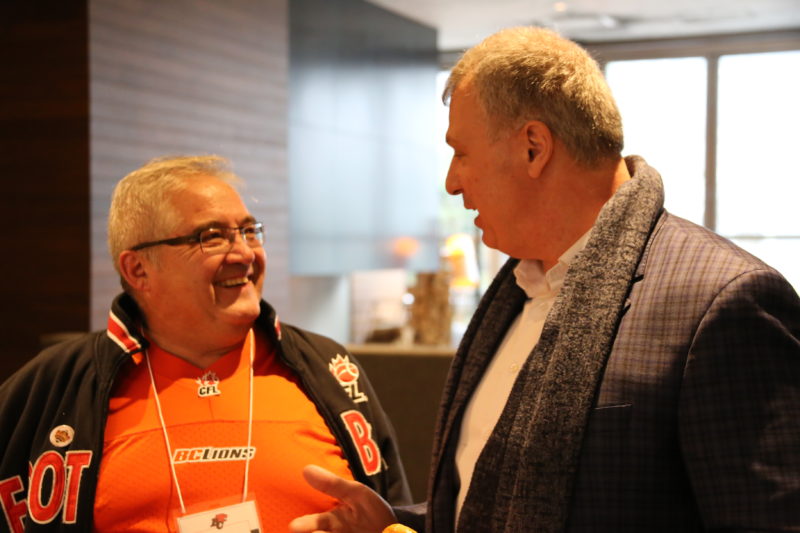 Ambrosie caused a bit of a stir last month in his Ottawa tour visit when discussing possible future changes to the league’s playoff format. In a Q&A with Tim Baines from the Ottawa Sun, the Commissioner broke down a possible scenario where the first-place finishers in Each Division would still get a bye and host the division finals while the remaining four playoff teams would be re-seeded 3-6 regardless of division.

The real twist of this proposal would come after the Semi-Final games are played when the league’s top team would then choose their opponent. That aspect of the format has naturally come with some heated reaction. But having a format like this would likely make for some more meaningful games down the stretch without having the current crossover system in place.

“I think the most important thing is we’re talking about it,” said Ambrosie on future tweaks.

“Success is having a conversation with the fans. If there is ever a league that has belonged to its fans, it’s this one. We’ll take back a whole bunch of information to the governors. That will include an update on what I’ve heard across the country. The good thing is we’re talking about our league in the middle of February and into March. I trust that our governors will make the right decision.”

There is something to be said about changing it up. The recent regular season domination of the West Division has resulted in teams with better records being forced to travel in the playoffs while teams in the East benefitting from a lighter schedule getting to stay at home.

Look back to 2016 when the Lions were clearly the league’s second-best team at 12-6 but did not get a playoff bye while two Eastern clubs with lesser records didn’t have to travel. Traditionalists won’t like the possibility of not having a true East-West Grey Cup, but the crossover format already makes that possible.

Taking it another step, the flip-flopping of Winnipeg between divisions has resulted in the Bombers facing the Lions (twice), Roughriders and Stampeders in the Grey Cup. Nobody really complained, did they?

At any rate, Ambrosie’s willingness to review the format speaks very well of that overall vision for the CFL’s future.