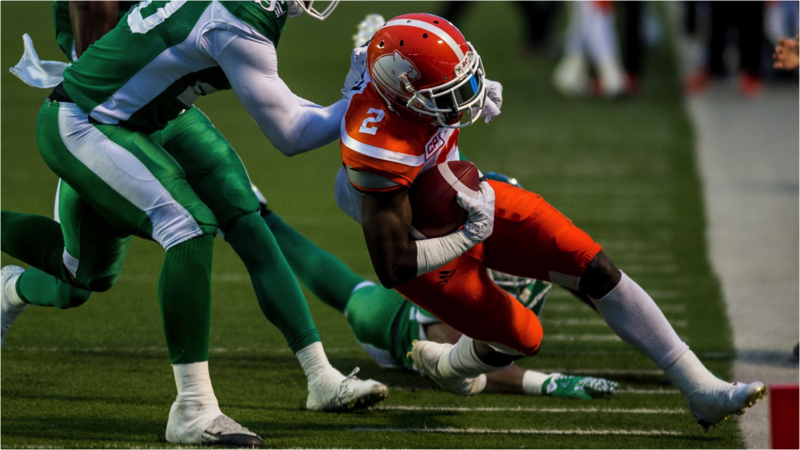 In the latest instalment of Baker’s Archives, we look back at a rather unique night in October of 2016. The Lions provided the opposition for Saskatchewan in the final ever game played at the original Mosaic Stadium AKA Taylor Field in the stadium’s earlier years.

For the visiting squad, there was a lot more than just nostalgia to worry about as it prepared for game 17 on the regular season schedule.

The Lions actually made three visits to old Mosaic in the stadium’s final season. The first was a pre-season tilt in early June that was best remembered for a power outage at halftime that suspended play for over an hour. They would return to Regina in week four on July 16th and prevail 40-27- a victory that would prove to be costly as receiver Nick Moore and defensive back TJ Lee were both lost to season-ending injuries.

Despite those and a couple other injury setbacks later on, the resurgent Lions entered the final ever game at the old venue on October 29th with a 10-6-0 record. A Blue Bombers loss to Ottawa earlier that day also meant the Lions were in the driver’s seat to finish second in the West and host the Division Semi-Final two weeks later.

All they needed to do was beat the last-place Riders twice (Saskatchewan visited BC Place in the regular season finale the next week) or earn a split while having Winnipeg lose again at Ottawa the following week.

Having Winnipeg drop that first contest to the RedBlacks proved to be a major lifeline as the Lions had been swept in back-to-back meetings with the Bombers earlier in October, thus not having the upper hand in the head to head tiebreaker. Boy oh boy, did the squad want another crack at Winnipeg in the playoffs. But first…..

The Game: Driving A Stake Into The Place

They would need to focus and take care of business against a Riders team that was eliminated from playoff contention but no doubt jacked up to close out the historic venue with a win in front of their passionate fans.

And focus on the task is exactly what they did. Phillips and the defence were dominant for 60 minutes, holding the Roughriders to just two field goals, 256 total yards and sacking quarterback Darian Durant seven times in a stifling 24-6 victory. To not allow a touchdown to Saskatchewan in the last game in their historic home. What a statement it was.

On offence, running back Jeremiah Johnson rushed for 101 yards and a touchdown while Jonathon Jennings threw touchdown strikes to Emmanuel Arceneaux and Terrell Sinkfield the ladder going down as the final ever CFL major at Taylor Field. 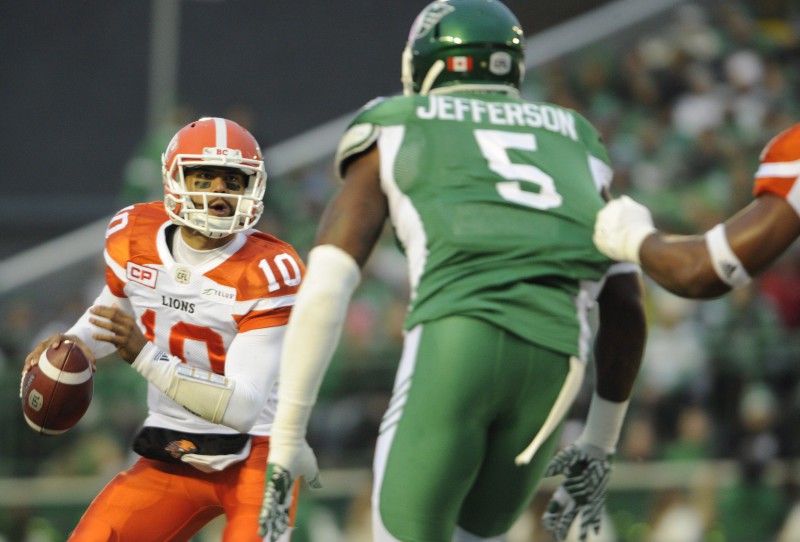 B.C. Lions quarterback Jonathon Jennings looks for a receiver as the Saskatchewan Roughriders’ defensive lineman Willy Jefferson closes in during first half CFL action in Regina on Saturday, Oct. 29, 2016. THE CANADIAN PRESS/Mark Taylor

As for the main task at hand, Lion players were basically just grateful to have the big opportunity for a second place finish.

“Anytime you come up with the win it’s awesome, it’s great,” said Solomon Elimimian who had two of the sacks and led all Lions’ defenders with ten tackles.

“We did a good job of attacking their protection. As long as guys understand what coaches expect from us, we’ll play great defence all year. Most importantly, we’re in control of our destiny, which is awesome.”

“It feels awesome, man. This is a legendary stadium and to come in and get a win is special,” added Johnson who had emerged as one of the club’s key leaders in 2016.

“We came in here and got it on nothing but straight will. Or front five did it all for us, making it really easy for me to pick holes and run. That’s all you can ask for.”

It was a crisp October evening and overall a very memorable 36-hour stay in Regina. Taylor Field is now just a footnote in history.

The game itself was smooth. However, the same can’t be said for both the arrival and departure for the trip. The late October prairie fog made things a little nerve-racking as the team plane descended upon Regina the afternoon before the game. There was even a contingency plan in place to land in Saskatoon and wait for the fog to clear or either find alternate transportation. Props to our Air North pilots for navigating through the turbulence.

The squad landed in Regina only a few minutes behind schedule and made their way to the stadium for the regular day before media obligations. BCLions.com also joined a group of Lions travelling sponsors for a tour of the New Mosaic Stadium next door, which was technically still under construction. More on the new venue in the aftermath section…

Post-game ceremonies to officially close down the old stadium resulted in a traffic jam as the Lions team bus was trying to get to the airport tarmac. The beauty of a trip to Regina is the airport, stadium and team hotel are never more than a 5-7 minute drive away from each other. In this case, it took about half an hour. Talk about first world problems. Speaking of which, I had a few moments of anxiety in the early minutes of the game after dropping my work iPhone while jogging from the locker room to the sidelines. You guessed it. My device landed somewhere near midfield before one of the officials picked it up and handed it to the timekeepers before kickoff. That would have been an interesting explanation for my superiors upon returning home!

A football weekend in Regina is also always very festive. Riders fans travel from all across the province and in some cases, different parts of the country. The last game at Taylor Field made the pre-game parties even more lively. Being out downtown the night before the game for some dinner and a couple of beverages felt more like being at the Grey Cup. You have to hand it to Rider Nation. They can still party and be happy no matter where their team sits in the standings. 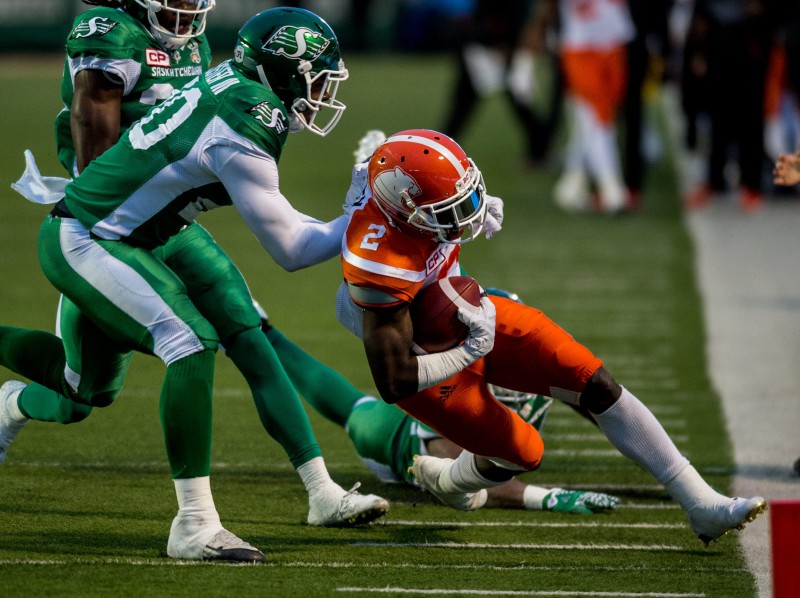 Chris Rainey #2 of the BC Lions runs the ball out of bounds under pressure from the Saskatchewan Roughriders defence during the first half of CFL action in Regina on Saturday, October 29, 2016. (CFL PHOTO – MATT SMITH)

The Lions would cruise past Saskatchewan 45-18 in the next week’s rematch to lock down second place and their first home playoff game since 2012. We will document more of the thrilling 32-31 victory over Winnipeg in a future instalment of Baker’s Archives.

Regina itself hasn’t been kind to the club since that night. Entering 2020, the Lions are winless in three trips to the new Mosaic Stadium. Making matters worse, they have been outscored 114-49 in those meetings. The good news? That means they’re due to reverse the fortunes.

The current schedule has them making two visits this season: July 4th and August 8th. And then of course the 108th Grey Cup will be played there on November on Sunday, November 22nd.