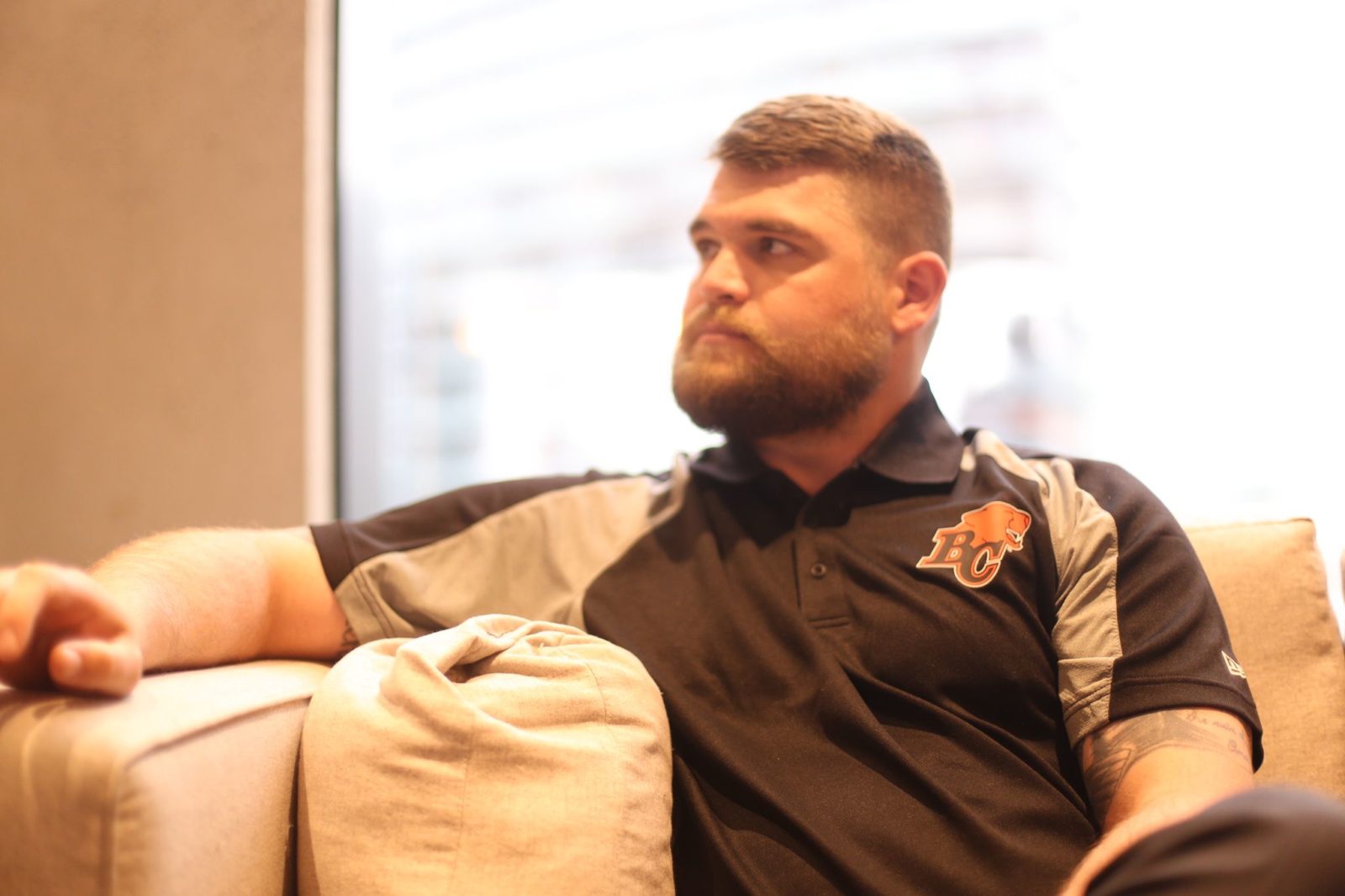 For the first time in six weeks, life feels somewhat normal again for Travis Brown. In between the daily routine of virtual coaches meetings and breaking down film of the top linebackers eligible for next week’s CFL Draft, he was able to experience some of the everyday joys of life he had taken for granted prior to being diagnosed with COVID-19.

“I just went out to get food for myself for the first time,” he tells bclions.com in his first public interview discussing the recent ordeal.

“On the drive, I caught myself kind of just looking at the trees and the sky. It was a beautiful day here in Fresno and all I had to look at recently was my bedroom walls. It’s been rough. Luckily I have the support.”

For what no doubt seemed like an eternity, leaving the house and soaking in the fresh air was furthest from his mind. And as he continues to tell his personal COVID-19 story, Brown can’t stress enough just how much that family support played a role in his recovery. More on that in a minute.

Officially introduced as the club’s linebackers coach in early January, Brown was in full training camp preparation mode before falling ill. He and the entire staff were together at the club’s Surrey facility for the first two weeks of March before most of the group was scheduled to return to their offseason homes until early May. As the threat of COVID-19 was becoming more of an issue, head coach Rick Campbell gave the staff permission to look for flights home a day early. 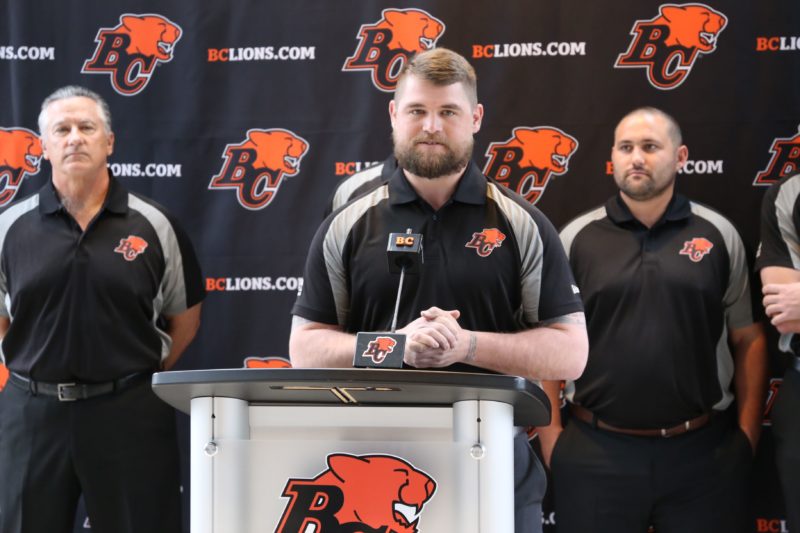 Brown won’t speculate on when or how he contracted the disease, only to say he started losing his sense of taste and smell a few days before flying back to Northern California.

“At that time there was no information about those being coronavirus symptoms,” says Brown.

“I went and researched it and there was no information on that. The thing that did pop up with those symptoms was the common cold.”

By the time he flew back home to Fresno, the scratchy throat and loss of senses were no longer an issue. He felt he simply gotten over a cold. Then after a few days back home, his symptoms returned with a vengeance.

“Basically when I lied down it felt like a big bowling ball was on top of my chest,” recalls Brown.

Adding more anxiety to the situation was the face he was living in a house with two roommates. Brown knew what he had to do.

“The best approach for me at that time was to call 911,” he explains.

“They sent an ambulance to my place and then I spent eight hours in the ER for testing purposes. The doctors tested all my vitals and then sent me home to quarantine. From there on out, I locked myself in my room. Luckily when I got home, my roommates weren’t there. Other than going to the emergency room two more times and do all of my follow up tests, I never left my room.”

In between those follow-up tests, it was confirmed that Brown indeed had contracted COVID-19. It was the first week after testing positive where Brown really got a sense of just how serious a situation he was facing. After a restless night where he had breathing difficulties interfering with his attempts to fall asleep, he knew he needed help. Doctors had previously told him not to call for an ambulance again unless he had problems breathing.

“After struggling to get through the night it got so bad I had to call my brother at 4AM and basically build a plan in case it was the last night I was breathing on my own,” he says.

Brown estimates the breathing problems led to about four or five sleepless nights. There were two separate trips to the ER (after his initial tests) to deal with the problem. Doctors tell him he still has scar tissue in his lungs that may take up to a year to fully go away. 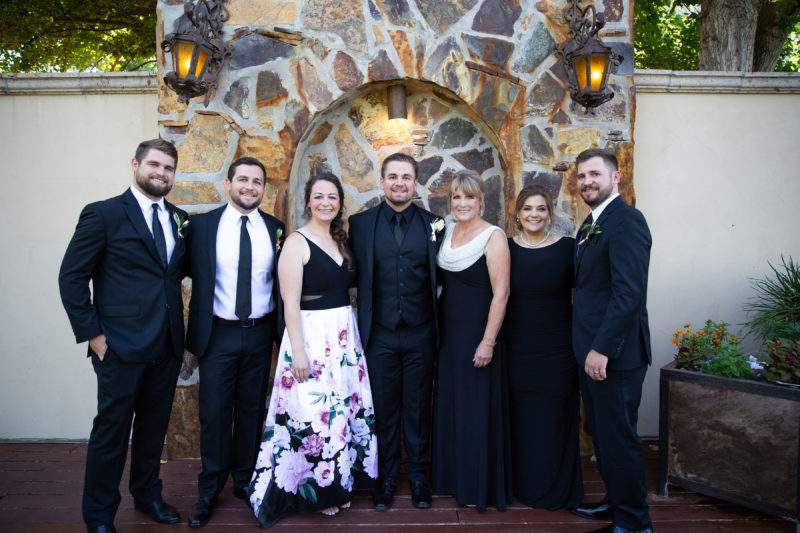 Travis Brown (far left) credits his family for helping him get through the recovery process.

Beating the disease was priority number one. The second priority for Brown is making sure everybody follows the self-isolation and social distancing messages seriously. At the urging of his mother Mindy, Brown went public with his positive test about five days after getting the news.

“She told me that nobody she could see was taking it seriously here in Fresno,” explains Brown.

“People were going into stores and acting like everything was handy dandy. Realistically, this is something that had affected me in a different way. So really, it was just a way to spread awareness to what you could potentially be bringing home by going to a dinner party or casually seeing your friends at a restaurant.”

As mentioned, family is a big reason Brown has inched toward the finish line on this road to recovery. He is one of six children born to Mindy and Dan Brown. Brothers Eric, Larry and Jordan as well as sisters Mindy and Korissa have been there with Mindy every step of the way. 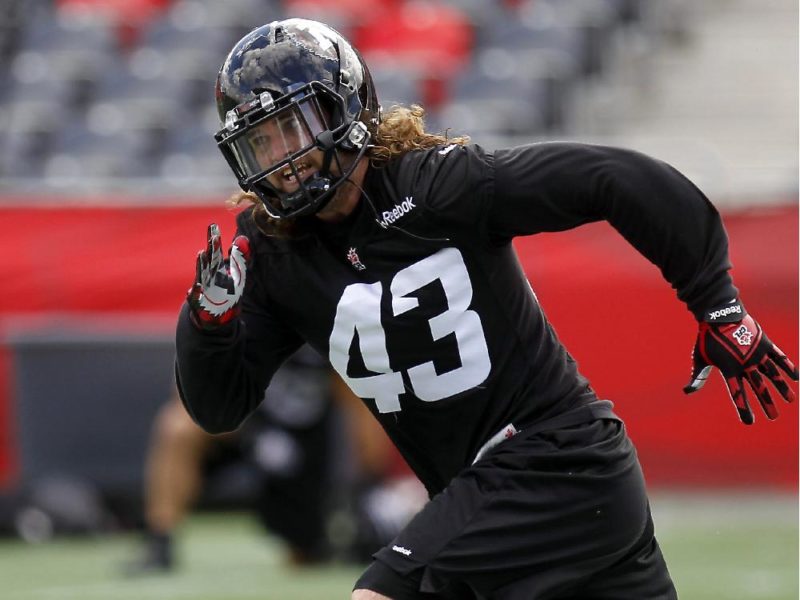 Dan died of cancer in 2009 and was a career football man himself. He had spent 12 years on the Fresno State staff and even had a CFL stint as defensive line coach with the now-defunct Birmingham Barracudas in 1995. Eric Brown has also ventured into coaching, most recently spending time on the staff of UNLV.

“They have been dropping food off on the porch and putting their lives in danger by going out and getting extra water bottles and stuff to make peanut butter and jelly sandwiches,” says Brown.

“They know how bad I was struggling but they were doing all of this stuff to help stop the spread of this virus I also have to credit my cousins Cody and Cass. Cody’s work put them all on self-quarantine for safety reasons and I was always able to call him up on the Playstation 4 and just talk to him. And a major shoutout to Cass for dropping off many meals. She has her own family to take care of, but was always there to help.”

He will always have his family’s strength to appreciate when he looks back on this scary period in his life. Now, it’s all about preparing for his first season on the Lions staff, whenever that may begin. He finally has the strength to get through a full day’s work.

“I’m feeling a lot better. (I) was pretty scared there for about 4-5 weeks while I had the virus,” he explains.

“It was just the uncertainty of not knowing what the next night would bring or how I would be feeling.”

And you full well know he will continue to enjoy the scenery in Fresno, British Columbia, Hamilton or wherever he finds himself in the next several months.

“Right now, I can’t wait to get out there and go fishing once they open up the lakes. I love nature.”