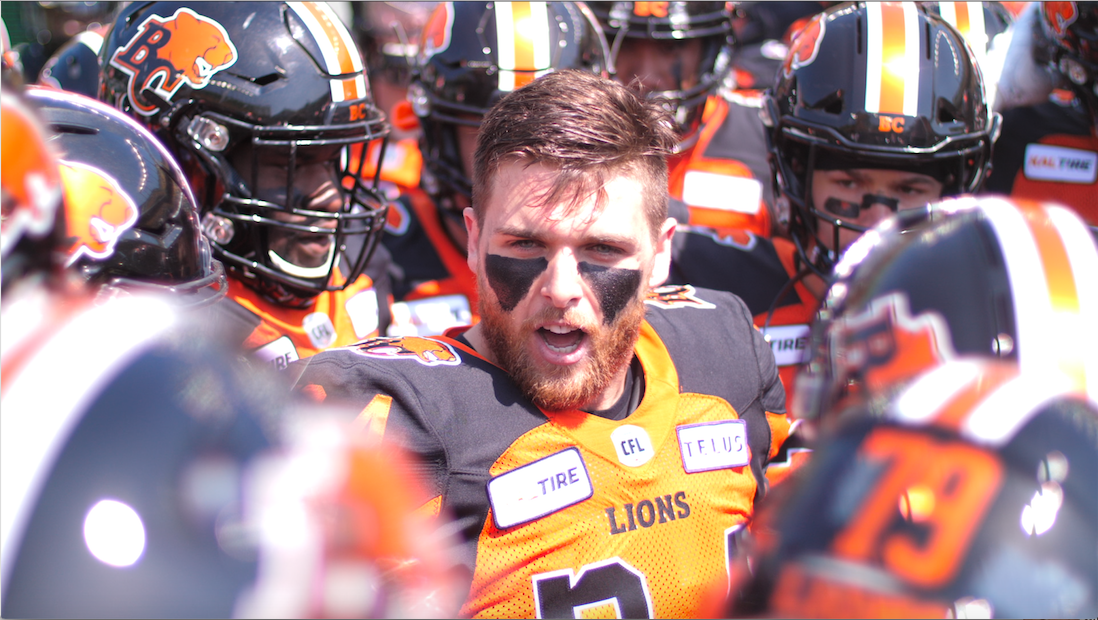 Most of us mere mortals will never get to experience the feeling of hearing our name called at the CFL Draft. However, 73 players will get that honour on April 30th during the 2020 CFL Draft. One player who can relate to the nervous excitement prospects are currently feeling is Lions’ fullback David Mackie.

The Lions took David with the 16th overall selection in the 2018 CFL Draft. Since being drafted, he has become a leader on offence and a stalwart for the club on special teams. Grandson of former Toronto Argonauts centre, Baz Mackie, the potential to play professionally was always a possibility for David. But his career really began to take flight during his time at Western University.

“Playing in the CFL was something I always wanted,” said Mackie from his offseason home in London, ON.

“I barely played during my first couple years at Western, but I saw more action in my third and fourth years. At the end of my fourth year I was talking to some of the guys and they told me that if I kept it up, I could play in the CFL. Hearing that blew me away because I was mainly just a special teamer at that time.” 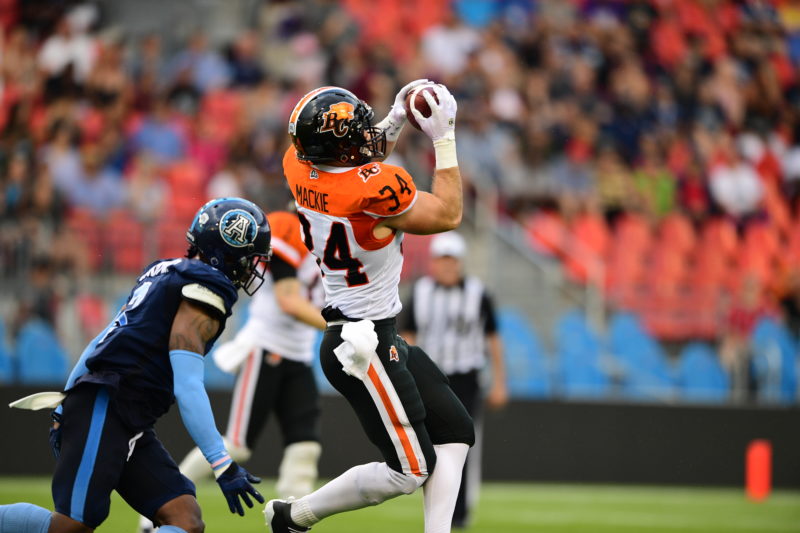 “After that I began thinking that maybe my talent was better than I thought it was. That gave me a boost of confidence for that offseason heading into my final year at Western.”

Prior to his final season with the Western Mustangs in 2017, Mackie received a last minute invitation to attend the U Sports East-West Bowl. The annual college showcase features the most exciting young talent in the country. For many aspiring CFL players, it represents their first interaction with club executives and coaches.

“It was really cool,” said the 25-year-old when asked to describe his experience at the East-West Bowl.

“On Saturday’s in the U Sports level, you almost despise these other guys. Wilfrid Laurier was a rival for us, so was Queen’s and McMaster, but once I got to East-West, those same guys I hated became some of my best friends.”

“I realized that I can 100% compete with the best talent in Canada. That gave me a big shot of motivation to get ready for the 2017 season knowing that I had a real shot to go pro. Getting that first little bit of experience working with pro coaches was invaluable. I was coached by Dan Dorazio that week and then I got to work with him here in BC. All around it was a great experience.”

David’s preparation for the combine was unique in comparison to most prospects. A kinesiology major at Western, Mackie joined forces with his Mustang teammates Jean-Gabriel Poulin, Harry McMaster, Jordan Beaulieu and Phil Dion to create their own workout program.

“My prep was a little different, but I love the way we did it,” said the 6’2 252 pound fullback on the work he did to get ready for the combine.

“Phil Dion, Jean-Gabriel Poulin, Harry McMaster and Jordan Beaulieu all did our prep together on our own. We used to run at the rink with the lights off because we didn’t have money to rent the rink. It was awesome though because we were accountable for our own futures. We couldn’t blame anyone else if we failed to reach our potential.”

David had full ownership on the work he did leading up to the CFL combine in 2018. The timed tests were obviously going to be important, but he chose to focus his attention mainly on the padded portion of the event and the interviews with club executives. 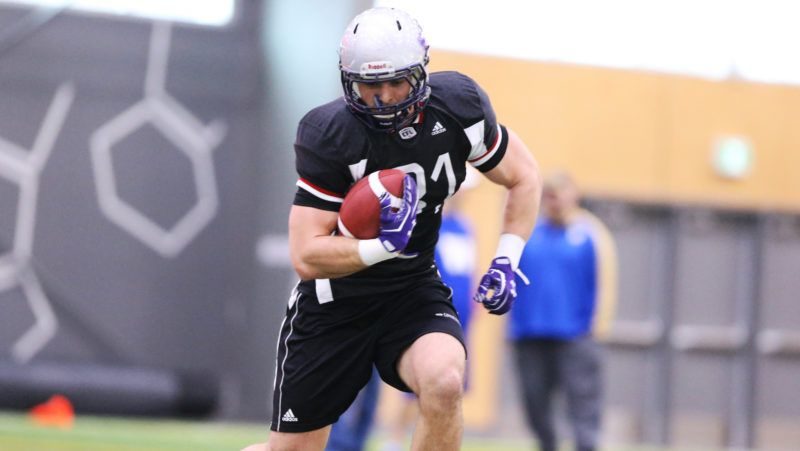 “I remember making the joke that I was going to win the interviews, and I think I impressed a lot of people with who I am. Ottawa asked me what donut you most relate to. Winnipeg just roasted me about my forty. But for the most part, it’s just about being yourself. There are no real right or wrong questions, they just want to find out who you are as a person. If a team likes and drafts the real you, then that will get you way further down the line.”

David opted against having a draft party, instead deciding to spend the day with his family at their cottage in Ontario. The CFL Scouting Bureau ranked David 18th and there was plenty of buzz surrounding him as the draft approached.

“My agent told me I was going to go in the second round and I thought that was absolute blasphemy,” laughed Mackie.

“Geroy Simon called me earlier in the day and asked if I was doing okay. I said I was cutting wood, and he just laughed and told me that I had to be the most Canadian guy in the draft.”

David’s agent proved to be correct in his projection, as the powerful blocker went in the second round to BC. This was obviously one of the greatest moments of his life, but events leading up to the draft sparked a false alarm in the Mackie household. For a brief time his family thought he would be playing for a different kind of cat.

“It’s kind of a funny story,” recalled the Jackson’s Point, ON product.

“Hamilton was picking 15th and I had worked out with them twice the week leading up to the draft. They are on the clock and my phone rings. My family absolutely loses their minds. I pick up the phone and it’s Geroy. He wanted to know if Hamilton had called me. I told him no and went back into the room with my family. They are all in tears because they think Hamilton is drafting me. I tried to tell them that it was Geroy on the phone but they didn’t believe me.”

“Hamilton then announces their pick and obviously it’s not me, but my whole family is filming the moment on their phones. Within 30 seconds of Hamilton making their pick, Geroy calls back and tells me that the Lions are picking me. Then they announced the pick and my family erupted with excitement that I was going to BC. It was all kind of surreal.”

David spent the following few days at the cabin with his family and girlfriend. The reality of the situation sunk in and he couldn’t help but feel excited about fulfilling his childhood dream.

“I was so excited to go to BC,” said Mackie. “I knew that there was opportunity with the Lions and I loved my combine interview with Ed and Wally. There was something special about the energy in the room with those guys and I really enjoyed it. Ultimately, I think I really wanted to show people that I was worth the pick.”

Although still early in his CFL career, David has proven to be worth the pick. He has exceeded expectations, becoming a young leader on the emerging squad. It will be exciting to see David take another step in his development this season with the Lions.