They sent shockwaves across the entire CFL by orchestrating a trade for the number one pick and with that, landed the slam dunk top player on their board. In round two, they came away with perhaps the best Canadian quarterback prospect this generation has seen. Those early moves will dominate the headlines in the aftermath, but it’s safe to say Rick Campbell and your BC Lions brass did a nice job stocking the cupboards with Canadian talent.

Seven prospects and six different positions. Canadian depth is always key and as the club looks to climb back into Grey Cup contention in 2020, Thursday night presented a massive stepping stone to that goal.

“I’m really excited about the high end players we were able to get in the draft and we were also able to focus on size and speed with all of our picks,” said head coach Rick Campbell.

“I also got the chance to speak with each of them on Thursday night and they are all excited to be joining the BC Lions.”

RELATED: Rourke: “I was a huge Lions fan growing up.”

Still, when it comes to discussing those top two picks in more detail, both Campbell and GM Ed Hervey want to be cautious. For Jordan Williams, the ferocious linebacker out of East Carolina, early expectations will remain somewhat grounded.  But at the end of the day, a chance to move up from number three to number one while only sliding down three spots in round two in return was simply too good to pass up.

“He checks all the boxes. He’s fast, he’s physical and he has the ability to impact the position right away,” Hervey said of Williams.

“We’re not expecting him to start (right away), but we believe he has the ability to come in and start. We also think that his impact on special teams, bringing a physical presence as well as upgrading our team speed, that was something that we had a focus on this offseason and we want to continue doing that.”

Hervey later admitted the only potential anxiety that came with the trade was potentially losing quarterback Nathan Rourke early in the second round. Thankfully, the Victoria-born pivot who re-wrote the record books at Ohio University was there for the taking at number 15.

For those wondering about using an early draft choice on a quarterback when you have Mike Reilly in the fold for at least three more years, consider this: it never hurts to develop your next guy and in Rourke’s case, his running ability (49 rushing touchdowns at Ohio) could come in handy for various offensive packages.

“There is an assortment of things he can do athletically and we believe he can develop into a really good quarterback in this league,” added Hervey.

“Regardless of nationality, this is a player we would have brought into compete, whether Canadian or American. We feel that he has that kind of ability.”

Rourke, who still has many relatives from his mother’s side in West Vancouver, was over the moon when he found out he was going to the team he cheered for as a young kid and to get the chance to learn from one of the CFL’s best quarterbacks.

“I watched Travis Lulay when the won the Grey Cup (in 2011) and it’s just so cool to have that come full circle,” said Rourke in an interview with CFL.ca.

It’s hard to think back to recent drafts and find this kind of excitement for the Lions’ early selections. The story of Williams Might one day be worthy of a TSN Engraved on a Nation piece. After four solid years at East Carolina and a tryout with the San Francisco, he ventured north to Ottawa REDBLACKS camp in 2019. 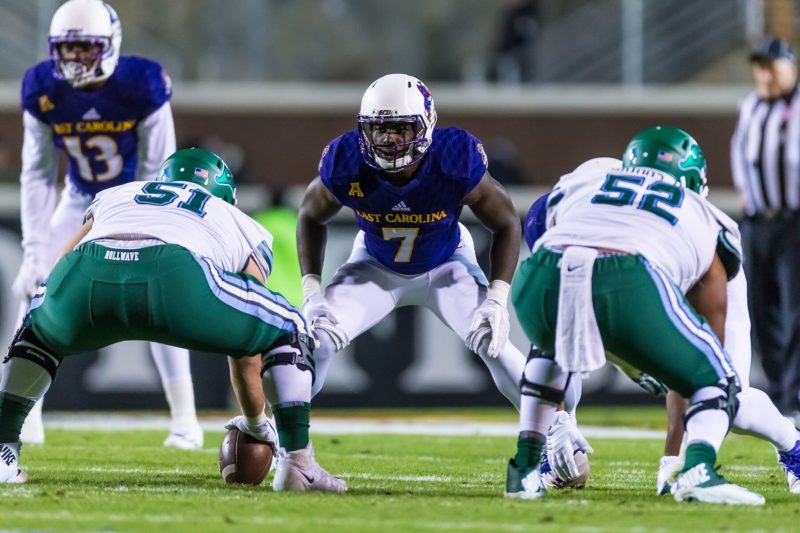 When asked if it was his first time in Canada, Williams mentioned the background of his mother Astra. Born in Toronto and then raised in Trinidad, she ended up in the United States and was working for the US Military at the Pentagon when Jordan was born in Baltimore in 1995. His mother’s Canadian status allowed him the option of entering this year’s draft as a National.

“It was like ‘hold on we’re going to have a meeting,'” remembers Williams of Ottawa’s reaction to that news.

“Everybody just deliberated in the meeting for like a good 30 minutes and their GM (Marcel) Desjardins told me, ‘look Jordan you can either play as a national or an international. If you go international, you can play, but you can never be a national.’ I wanted football to be a career, not a hobby so I went the national route. And that’s where I am today.”

And of course, it has to be mentioned who the REDBLACKS head coach was when all of this was discovered. Now they’re reunited for the long-term on the west coast.

“I knew when he left Ottawa that he was a motivated guy because he realized he could have a really good career up here as a Canadian player,” recalled Campbell of the encounter.

“You can argue that with time off you can get rusty but this guy is going to be refreshed and healthy. We’re excited to get a guy like him.”

It’s all about stocking the cupboards. It will be interesting to see how it pans out beyond those elite prospects taken in the first two rounds.