1st and Now | If Beale St. BBQ Could Talk 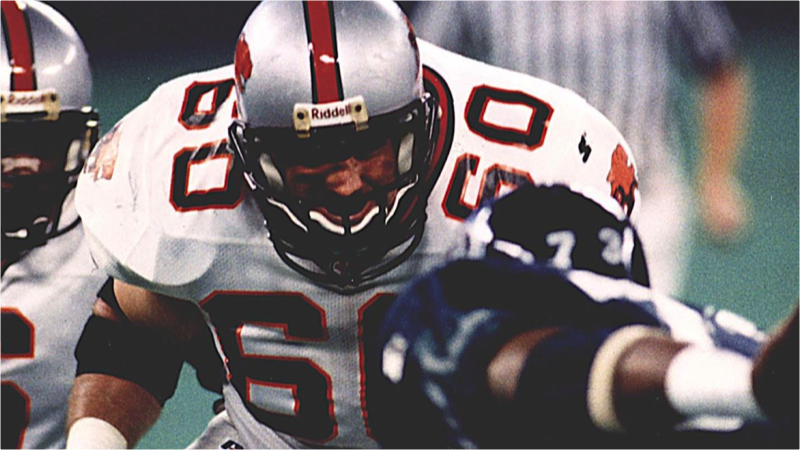 1st and Now | If Beale St. BBQ Could Talk

Jamie Taras has no shortage of stories of his time with the BC Lions. The former star offensive lineman and longtime Director of Community Partnerships with the club joins Matt Baker on Episode 28 of 1st and Now, the official Lions podcast.

Taras credits the great Doug Flutie as a guy who helped spearhead his long playing career with the club. Taras also goes down memory lane on the memorable era of US expansion in the CFL.

“The one thing that was unique and a little bit uncomfortable was the plane rides,” Taras remembers.

“Of course Air Canada we had a relationship with, they always tried to space us out. We were flying economy so they’d put a small person in the middle or tried to save the middle seat so no one was in it. But the US Airlines of course, they didn’t have any kind of relationship with us at all.

I remember getting on the plane one time and Denny Chronopoulis is in one seat, Rob Smith is in the other and I’m supposed to be sitting in the middle of seat. I remember calling the flight attendant over and saying ‘I can’t sit there.’ Those journeys were such an adventure because we just didn’t have that kind of relationship with the US Airlines.”

And of course, visiting markets like Memphis, Las Vegas and Baltimore provided plenty of tourist activities and no shortage of new foods to try, especially for Taras and the offensive line.

“Going to a place like Memphis, I remember being able to tour Graceland. That was the coolest thing. The whole o-line went through there to look at Elvis’s home ,” says Taras.

“I grew up as a kid being a big Elvis fan. My dad had all of his old records that we listened to as kids. That’s something that stuck out for me. Hanging out on Beale St. with all of the jazz and the blues, the great barbecue; one of my goals while I was on those trips was to try to sample all the barbecue that I could and compare the dry rub versus the wet. It’s a science and an art form for them. That was a lot of fun.”

A bunch of hungry Canadian linemen? If Beale Street could talk, indeed.

In addition to talking about what made the 2000 Grey Cup championship squad so special, Taras also speaks on the club’s outstanding community involvement during these crazy times in the world. The club is honoured to always give back to those need.