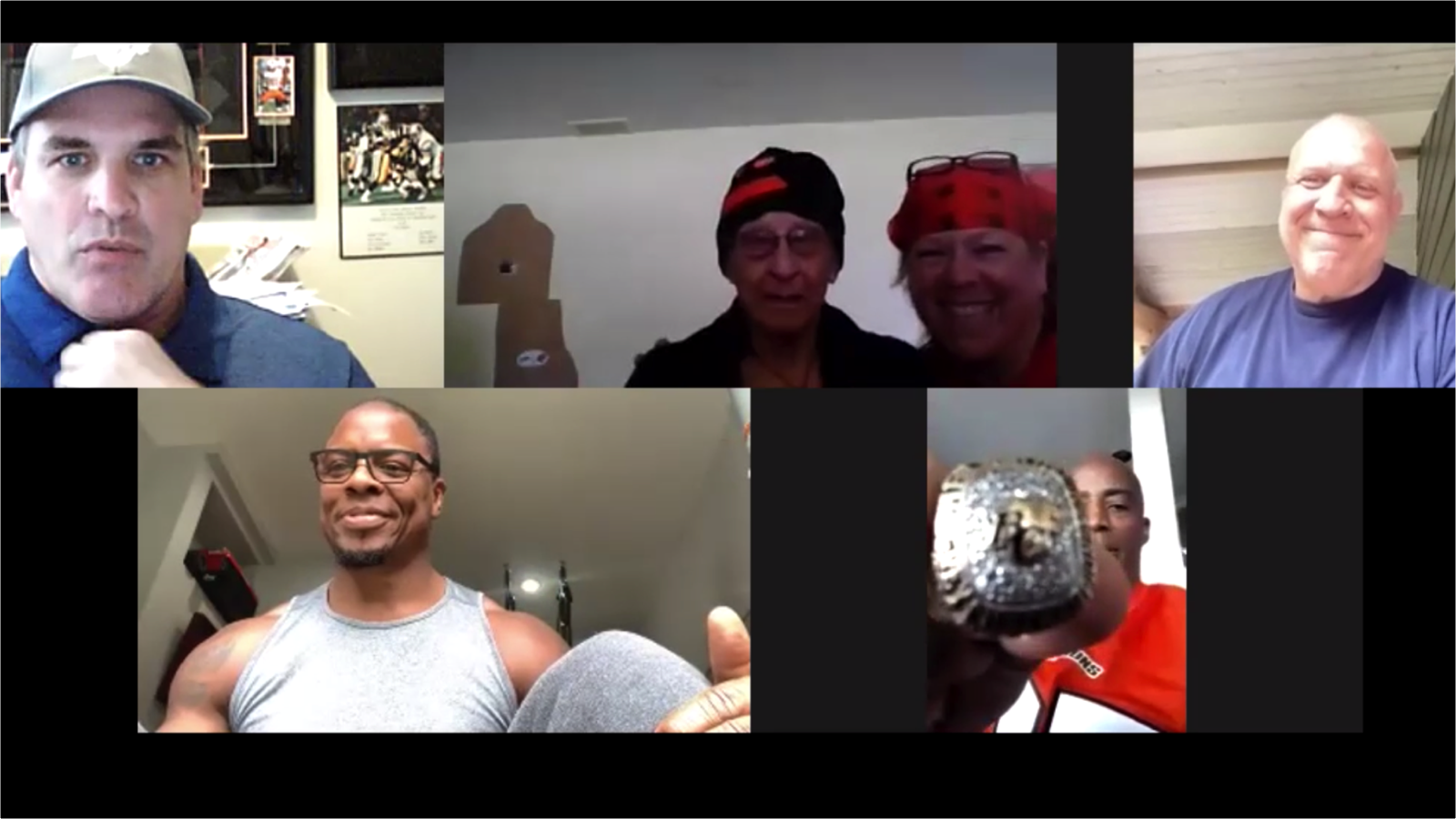 Written by Victor Gouchee- It all began when the son of a Lions fan reached out to the club’s community relations department on a whim trying to make his mother smile. Sean Campbell’s mother, Sharon, is a fan like no other. She grew up in Edmonton, watching Eskimos games with her dad as a young girl. But once she relocated to BC, it did not take her long to find herself welcomed into the Lions’ pride.

Today, Sharon lives in Kamloops, BC. The highlight of her year is watching training camp and attending Fanfest. Whether it’s to watch scrimmages, practices or unofficially help out with the rookie evaluations, she always wears her orange and black, slathers on sunscreen and heads over to Hillside Stadium to support her team.

Unfortunately, this year, Sharon won’t be able to watch her boys in Kamloops for a couple of reasons. There is the obvious Covid-19 pandemic that has delayed the CFL season and therefore training camp. But in addition to the global pandemic, Sharon was recently diagnosed with terminal cancer. One thing she wants to experience at least one more time is to attend a BC Lions home game.

With the season in question and training camp no longer taking place in Kamloops this year, Sharon was granted a special opportunity thanks to some Lions alumni and her son, Sean. Jamie Taras, Sean Millington, Giulio Caravatta and Tom Europe hopped on a Zoom chat with Sharon to talk all things BC Lions, but especially the 1994 Grey Cup final at BC Place that the Lions went on to win.

The biggest thing was the expression on her face, she was so happy and joyful,” explained Taras of the virtual 1994 look back.

“It was obvious she wasn’t just a huge Lions fan but a fan of football in general. It was cool to see her expression of joy. The interaction was great, it’s obviously been awhile since I’ve been able to get out and see people, whether its old friends like the guys on the call or fans like Sharon, it was a really nice thing for Sharon, but something I was more than happy to do. ” 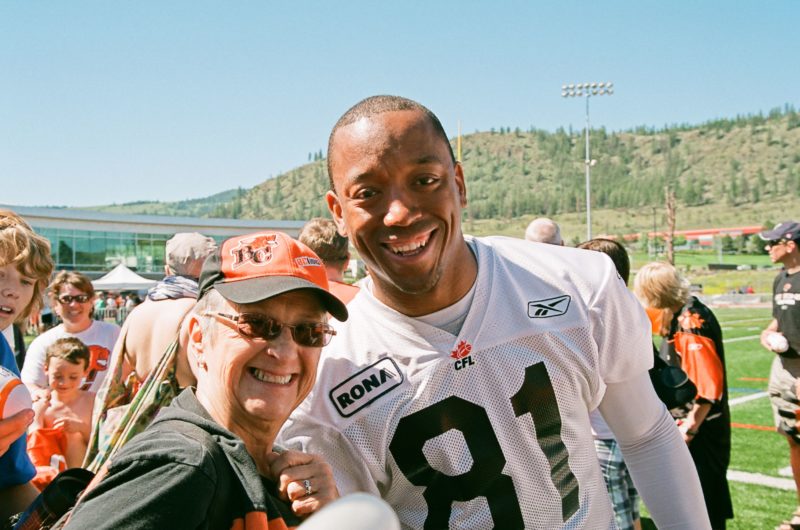 It took less than a minute for Sharon to be overcome with emotions and shed some tears of joy while talking to some of her favourite BC Lions. She described the occasion as a special treat to hear the unique stories like Tom Europe explaining the team got in a locker room fight the day before that ’94 final. Which is funny because according to the former Lions DB Europe, “anytime we got in a fight in the locker room, we won the next game.”

“Having you guys show up at my party… It’s just stellar” said an emotional Sharon who was a bit star struck in front of the four Lions alumni. The Zoom call was not all that the Lions had in store for Sharon, however. Lui Passaglia was another Lions’ legend who took it upon himself to reach out personally to our super-fan.

It’s fans like Sharon that make the Lions and the CFL so special. The Kamloops resident has named all three of her dogs after BC Lions over the years. It is also fans like Sharon that make this time hard for the players and the staff. The BC Lions Football Club doesn’t feel the same without all of our great fans and we cannot wait to get back on the field in front of all of you.

The Lions send a big thank you to Sean Campbell for setting this up for his mother, and wish nothing but the best for Sharon and her family moving forward.