Speed and excitement. That’s what Chris Rainey brings to the BC Lions. The Leos’ return game wasn’t the same without the Rain Man in 2019, so Ed Hervey and his staff arranged a reunion with the fleet footed star for the 2020 season, signing him as a free agent this offseason.

Chris has been one of the most feared return men in the CFL ever since he entered the league in 2015. The 32-year-old has racked up incredible numbers during his six-year career, accumulating nearly 13,000 total yards. He has been dynamic on special teams but has also made significant contributions in the running game and the passing game.

Today we will take a closer look at the veteran running back. Below are five things to know about Chris Rainey.

Chris’ exploits on the football field at the University of Florida are well documented. Playing for four seasons under future Hall-of-Fame coach Urban Meyer, Rain man ran for 2,464 yards and 13 touchdowns, 795 yards and six touchdowns on 69 receptions, and returned 18 kickoffs for 454 yards. He teamed up with Tim Tebow, Percy Harvin, Brandon Spikes and Joe Haden to lead the Gators to a national title in 2009.

Given Chris’ electrifying speed, it will surprise no one that he was also a successful member of the Florida Gators track and field team. In 2010, Rainey teamed up with Jeff Demps, Terrell Wilks and Jeremy Hall to sprint around the track in 39.04 seconds to capture the NCAA championship in the 4×100-metre relay.  Demps was Rainey’s backfield partner with the football team and went on to run in the 2012 London Olympics for Team USA. Wilks represented his country at the 2008 World Championships, winning the gold in the 4×100-metre and the bronze in the 100-metre sprint.

Dual sport stars are nothing new in the NCAA, but it’s exceedingly rare for an athlete to win national championships in multiple sports. This achievement is certainly something Chris and his family should be proud of. 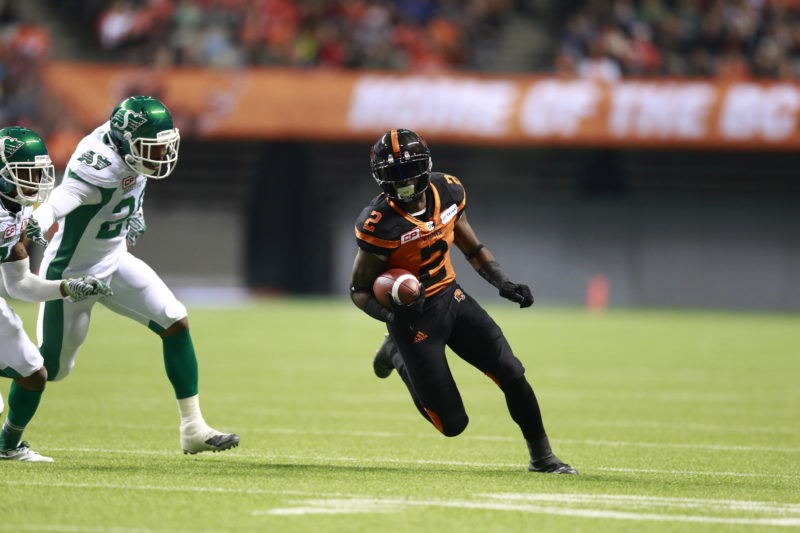 2016 was a season for the ages for Chris Rainey. He appeared in all 18 games, catching 30 passes for 252 yards and three touchdowns. He added 36 carries for 309 yards and three touchdowns on the ground. He led the CFL with 1,359 kickoff return yards, and finished third in the league with 942 punt return yards while returning a pair of punts for touchdowns. Chris earned a CFL All-Star selection after leading the CFL with 2,945 combined yards.

Arguably his most impactful performance of the season came when it mattered most. Chris was a key factor in the Lions’ 32-31 victory over the Winnipeg Blue Bombers in the 2016 West Semi-Final. The former Florida Gator accumulated 40 yards rushing, 57 yards receiving and 95 return yards. His 192 total yards led the Leos and his clutch catch to convert on a second down catch was instrumental in the game-winning touchdown drive.

Make sure you tune into TSN this Friday at 8:30pm PST to watch Chris Rainey and the rest of the BC Lions edge the Winnipeg Blue Bombers in an encore showing of the 2016 West Semi-Final. Also be sure to join the TRULY Virtual Lions Den Facebook group for exclusive interviews with members of the 2016 team and to interact with your fellow Lions’ fans during the epic game. Join the group by following this link.

Chris lived with the Pouncey twins in high school

Maurkice and Mike Pouncey are household names for NFL fans, and they are also two people that Chris considers his brothers. Chris lived with the Pouncey family during his high school days at Lakeland High, and all three men became national champions together at the University of Florida. Maurkice and Mike went on to become first round picks in the NFL, but the three men are always in constant contact. Maurkice is an 8-time Pro Bowl centre with the Pittsburgh Steelers. Mike has made four Pro Bowls and is currently the starting centre for the Los Angeles Chargers.

Chris’ kids are more famous than he is

Does everyone remember when the Rainey’s son, Makari, went viral in June of 2017? Makari became a worldwide sensation when he couldn’t maintain his balance after his father spun him around on playground equipment. The video was posted on Chris’ twitter account and has since been viewed over 33 million times. Yes, you read that correctly, 33 million. The clip was also posted on Barstool Sports and various other outlets, leading to countless other views.

In the years since, Chris and his partner, Jenn, have expanded their family. They are now the proud parents of three children. Makari is the oldest, their daughter Makynli is next and they recently welcomed a second daughter to the family, Makailynn. Based on Chris’ Instagram posts, it’s only a matter of time until Makynli and Makailynn get some viral fame of their own.

It didn’t take Chris long to etch his name into the BC Lions’ record book. The Lakeland, FL product became the Lions’ all-time leader in kick return yards with 5,475 yards, besting the former record held by Tim Brown. He is currently second behind Larry Crawford in club history with 2,926 punt return yards. Crawford sits at 4,058 yards, so Rainey could conceivably break that mark if he is able to string together a couple more good seasons with the Orange and Black. 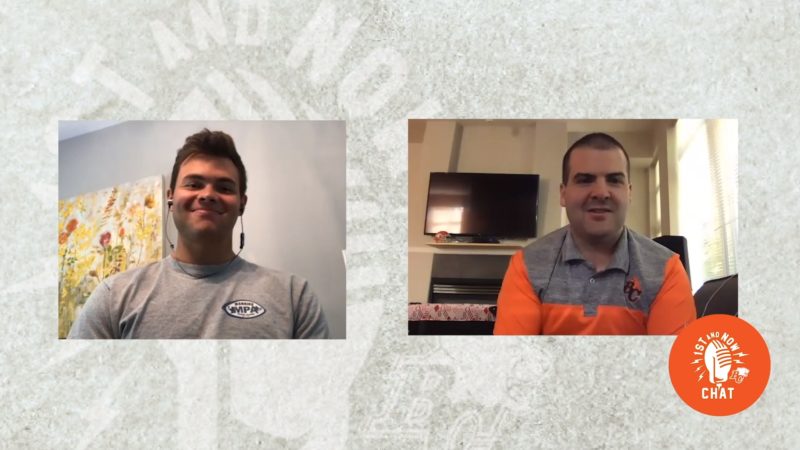 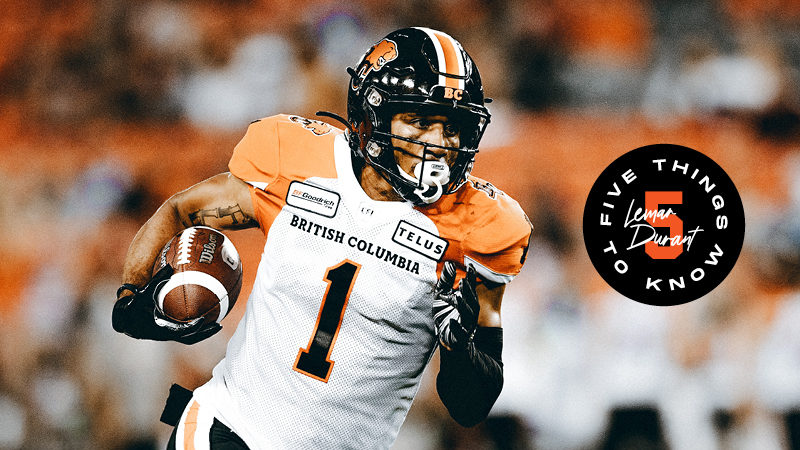