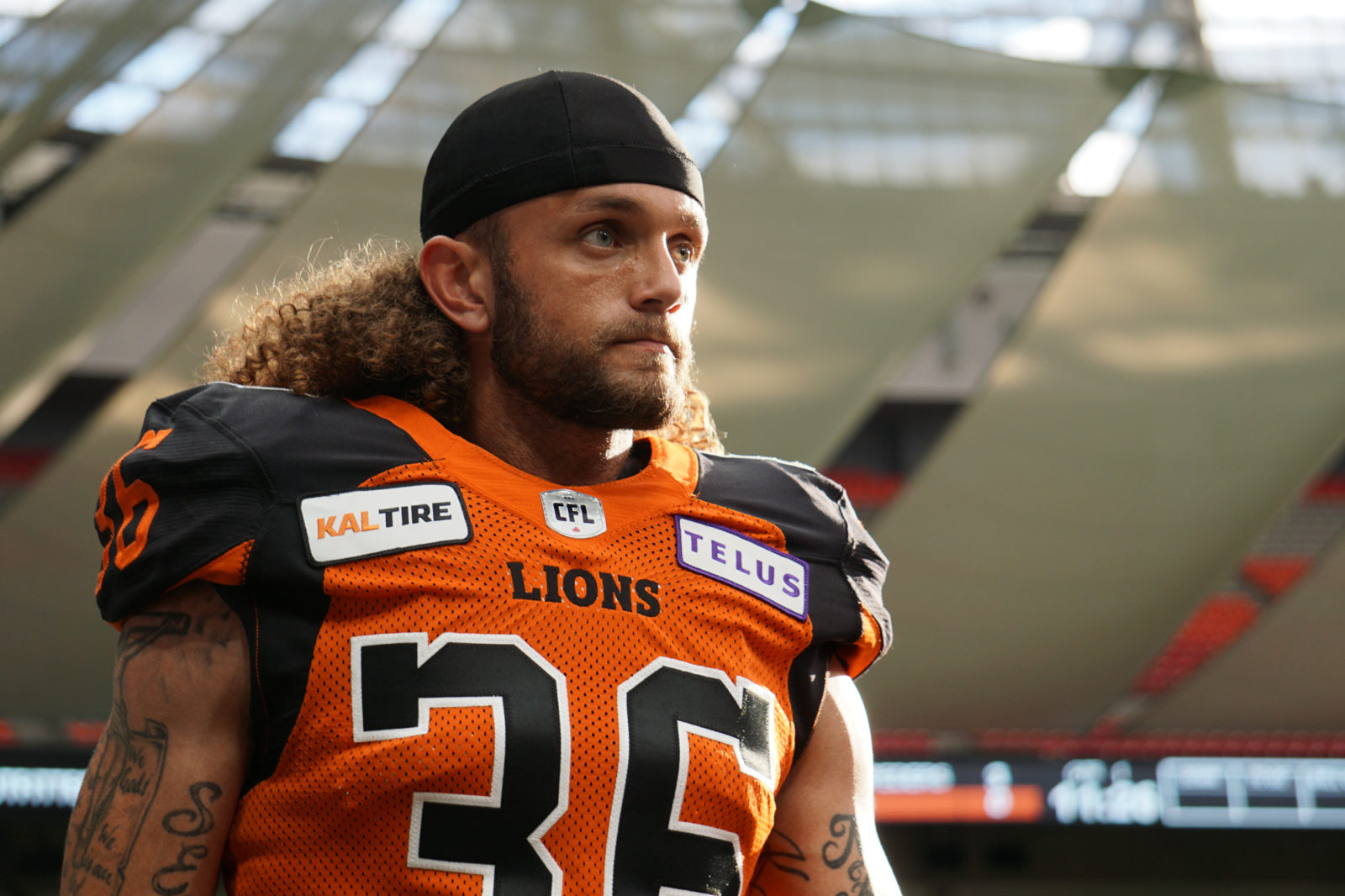 Written by Steven Chang- Before college players try to become one of the very few to play at the professional level, they have to grind through several tough games that can be just as impactful as those the next level. The Aaron Grymes we know today is no different. A native of Seattle and childhood friend to current Lions teammate TJ Lee, Grymes played four seasons for the Idaho Vandals. Here are some of Grymes’s favourite college memories.

He committed to the University of Idaho in 2009 and right out of the gate, he earned a significant amount of reps as a true freshman.

“It was awesome. Everything was moving faster but to be out there and have the chance to compete at a high level, it was just a dream come true,” said Grymes on adapting to the college game.

Despite playing for a smaller school, Grymes competed against some of the best talents the football world has ever seen. That’s what gave him the vision on how to be a professional. 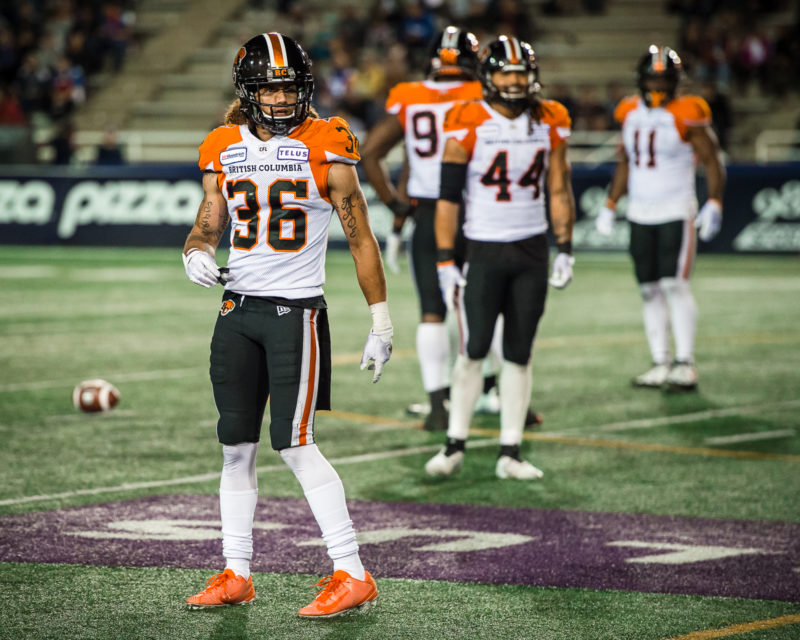 Grymes brought up winning the 2009 Humanitarian Bowl in his freshman season was one of his favourite games.

He described the situation as “a young guy, first year in college,  (and) you’re probably not going to play in a Bowl game in your very first year. So that was obviously huge for me and we won the game,” Grymes said.

“In terms of the brotherhood and winning the Bowl game, that was my favourite game as a team.”

Grymes played all 13 games in his freshman season and was a starter in five of those. He also helped the Vandals’ defence with 41 total tackles. Meanwhile, the team was 8-5 under head coach Robb Akey and would conclude the season in style by defeating the Bowling Green Falcons in a thrilling 43-42 victory.

Jumping into the last 40 seconds of the game, it was 3rd & 11 with the score tied at 35. Bowling Green quarterback Tyler Sheehan launched a 51-yard pass to standout receiver Freddie Barnes to take the lead (42-35) with 32 seconds left on the clock. Only up by a touchdown, it was time for Idaho to complete an unbelievable comeback.

The Vandals began at their own 34-yard line where quarterback Nathan Enderle rolled out to his left and slung the ball to Preston Davis on the drive’s first play. All of a sudden, the Vandals were just 16-yards away from the goal line. Two plays later, Enderle found Max Komar in the endzone with a sliding catch. After a video review, the play stood as called on the field.

Grymes said Akey was known for his aggressive play calling. With the score tied at 42, the head coach didn’t want to settle for a single point to extend the game to overtime. Going for the two-point conversion was indeed a bold move but Idaho had to stop the bleeding of Barnes tearing apart its defence. After Bowling Green’s timeout, Enderle had plenty of time to throw and looked to Preston Davis again in the back of the endzone that would inevitably secure Idaho’s Bowl game victory. 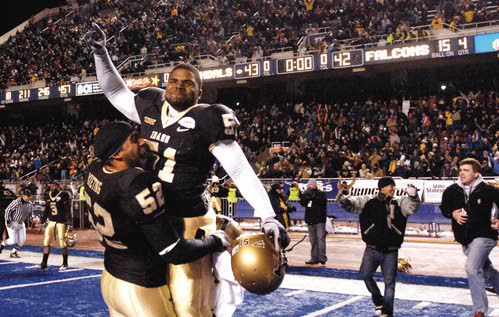 Fast forward to October 1, 2011, when the Vandals travelled to Virginia to take on the Cavaliers. Grymes had himself a field day. First, he snagged a pick from Virginia quarterback Michael Rocco, then forced a fumble and recovered a loose ball later in the first half.

“As a personal favourite game, it might be the Virginia game. You know, playing a school that’s in a bit of a bigger conference and was playing well, putting up big stats. Personally, that might be my favourite game in terms of personal stats,” Grymes said.

Once again, Coach Akey wasn’t a fan of settling for an extra point. He decided to go for two again and the Vandals almost pulled off another miracle. But this time the two-point conversion didn’t plan out as expected, the throw was off-balanced and all the Virginia defender had to do was bat the ball down to end the game.

Grymes recalled the game vividly and defended Akey’s decision of going for a two-point conversion.

“I wouldn’t have coach Akey change it either way. If you look at the Bowl game from my freshman year, I believe we went for two-point conversion to end the game and win the Bowl game. That’s how we earned our ring,” he said.

“It was just that aggressive play-calling style. It would be easy for me to go back and say, ‘oh I wish we would’ve gone for one.’ But I think you kind of live and die by your choices.” 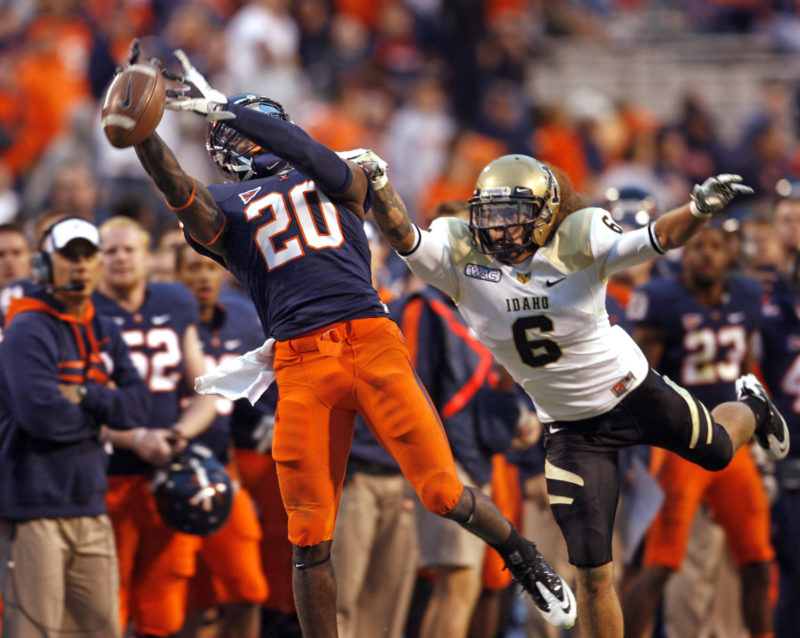 Idaho’s Kibbie Dome may only have the capacity of 16,000, but the indoor stadium can be just as hostile to play at for the visiting team.

Grymes recalled his sophomore year against rival Boise State as the best home game crowds he has ever seen on his home turf.

“There was standing room only and people were standing in the aisles. That’s how packed it was. It’s a dome, so everything was loud, coming off the walls and onto the field,” Grymes recalled.

“That was probably the craziest, at least for the first 10 minutes of the game, it was very loud. Then things went downhill for us.”

Although it didn’t seem much like a rivalry on the box score when the Vandals got rolled over 52-14, the entrenched rivalry between two schools still remains today.

Grymes jokingly referred to the rivalry school as bozo state.

“They’re not even a state, a town or a city. I don’t remember much about them. I don’t know who you are talking about,” said Grymes who was being sarcastic.

“In all seriousness, they were really good. I know it’s a rivalry because of the history but it wasn’t much of a rivalry when I was playing there. They had a pretty damn good offence, they were tough.” 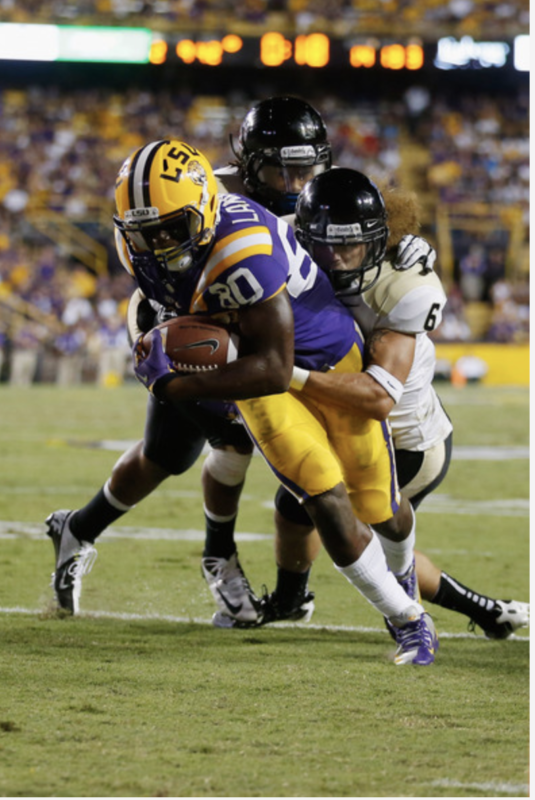 As for road games, Grymes enjoyed facing in front of 85, 458 Nebraska fans back in 2010 and going into Baton Rouge to play against LSU two years later.

From what he remembered, the Cornhuskers’ fans welcomed the Vandals with a sea of red in the stands and were extremely confident about the outcome of the game that would favour the home side.

“Nebraska. I’ll never forget that as well you know. I had a pretty good game there. There was a lot of people there and Nebraska fans were super nice, they knew they were going to beat us. They were there to support their team and not talking too much trash,” Grymes said.

In 2012, Grymes lined up against one of the best receiving talents in college football like Odell Beckham Jr. and Jarvis Landry. Despite the score, Grymes definitely won’t forget the crowds and the pressure of playing in an SEC school.

“In a way, I kind of like the hostile environment. I just tried to remember how fun the atmosphere was as opposed to how bad we got beat,” he said.

None of this would’ve happened if Grymes wasn’t a part of the Idaho Vandals from 2009-2012. They might be slightly older now, but Grymes would still receive notifications from group chats every now and then, to talk about where they’re at now, their kids and lives.