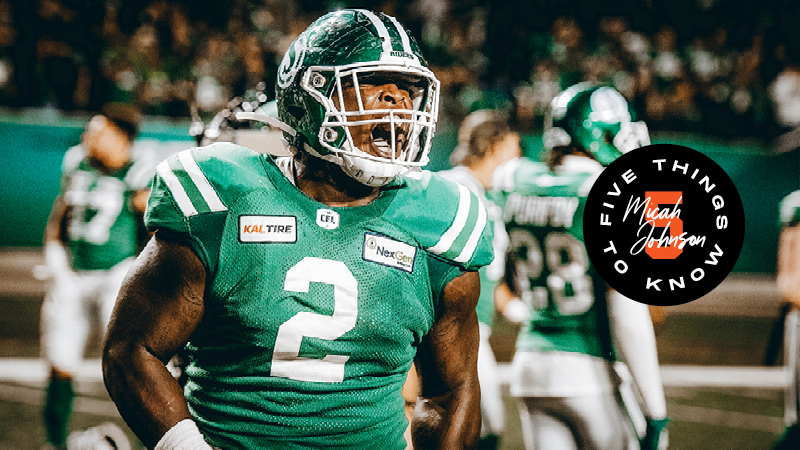 Since arriving up north in 2013, Micah Johnson has established himself as one of the CFL’s biggest defensive game-breakers. In 96 career games, he has racked up 145 defensive tackles, 45 sacks, six forced fumbles and a pair of interceptions.

And with GM Ed Hervey’s continued mission to make these Lions ferocious on both sides of the line, Johnson is expected to be one of the squad’s best players once football resumes.

Now we take a closer look at Johnson’s impressive resume. Below are five things to know about the aggressive edge rusher.

Those numbers we mentioned above have also led to some pretty impressive accolades. Micah was named both a CFL and West Division All-Star for three consecutive seasons from 2016-18 when he led a stout Calgary Stampeders defensive front to three straight Grey Cup appearances. Johnson has also sipped from the Grey Cup in 2014 and 2018 with the Stamps. 2018 may have been extra sweet considering the Stampeders lost the previous two Grey Cups and he was forced to sit out the 2014 victory over Hamilton due to injury. 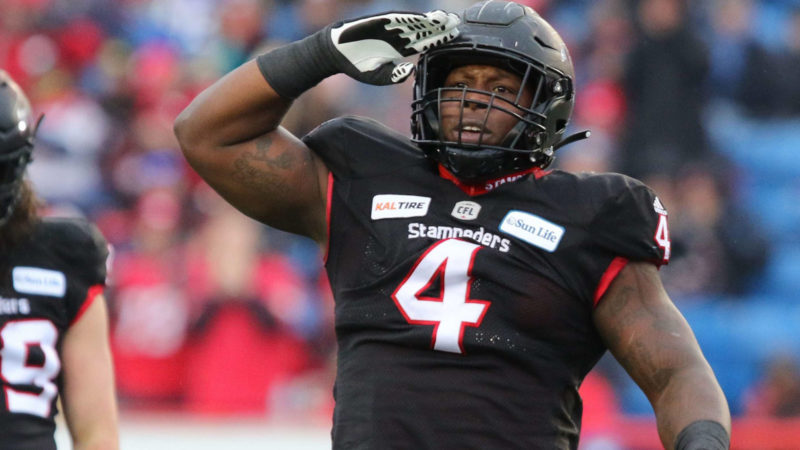 It’s not worth mentioning that dominant three-year stretch without singling out the fact he was pretty much a one-man wrecking crew in 2018, his final year in Cowtown. Micah’s career-high 14 sacks were tops in the CFL while he also recorded 28 defensive stops, three forced fumbles and an interception. He was also productive in Calgary’s post-season run with a sack against Winnipeg in the Western Final and three defensive tackles in the Grey Cup win over Ottawa. 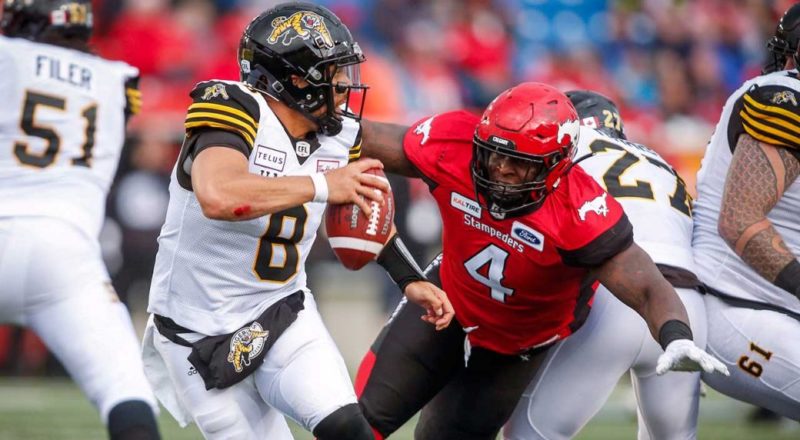 And he made no secret of the fact it factored big-time in his decision to sign with the Lions back in February. Johnson admits he harbours both good and bad memories of the famous venue on Pacific Blvd. One year before a different injury forced him to watch the 2014 Grey Cup from the BC Place sidelines, Micah suffered a torn ACL in the regular season finale against the Lions in 2013, an injury that likely cost the Stamps a chance to win it all that year. Needless to say, he can’t wait to be back and to run out of the home team’s locker room.

“Eventually, I learned to love the dome and really looked forward to playing there. Vancouver is also a city you always look forward to getting to. It’s awesome. I love the fact I get to call it home now,” Johnson told bclions.com after signing.

His Home D-Line Has Expanded

Even with no football yet in 2020, Micah has been quite busy at his offseason home in Florida. He and wife his Saqouya are the proud parents of sons Jacorian,8, Micah Jr., 3, and just welcomed a third baby boy named Jaxson earlier in June. Speaking from my own experience, we’d all love to be working in normal times right now and being around the football team every day. But the flip side of it has been getting the chance to spend more time with family. Micah will no doubt appreciate every extra moment with his loved ones before we hopefully get the green light to start training camps sometime late in the summer.

New addition to the Family! My third Boy! Beyond Blessed #boydad #3kings

Before he made opposing quarterbacks question their career choices up north, Johnson did the same thing in the SEC. In four years with the Kentucky Wildcats (2006-09), Johnson recorded 285 defensive tackles- with 23.5 of those coming for a loss in yards- three-and-a-half sacks, plus two interceptions. But perhaps the most interesting tidbit from his time at Kentucky was the fact Johnson was originally recruited as a running back. He scored a rushing touchdown in the Wildcats’ win over Clemson in the 2006 Music City Bowl and was also voted to the SEC All-Freshmen Team. His college success caught the eye of the NFL and he would spend time on the rosters of five different organizations before moving to Canada in 2013.