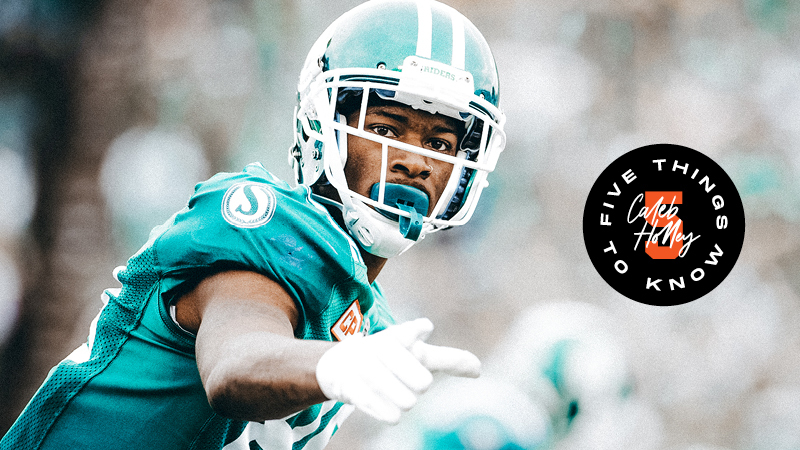 The free agent signing period brought a few key additions for the BC Lions, both on offence and defence. One of those names that might not have been as familiar to even the most die-hard Lions fans was Caleb Holley. Although the receiver only has 47 career games under his belt since first coming north in 2016, he will be an intriguing piece to the puzzle at a position that already boasts a couple of the CFL’s top playmakers. As you will learn below, Holley also took a rather unique path to the pro game. With more on that, we present 5 Things To Know, featuring Caleb Holley.

He Hails From Anchorage, Alaska

Yes, you read that correctly. While many of the best Americans at his position were brought up in football hotbeds like California, Texas and Florida, Holley’s family relocated from the East Coast to Alaska when he was just a toddler. He considers Anchorage his real home. And while many of the local kids spent the winters on an ice rink, Holley knew football was his true calling.

“I tried snowboarding, but that was a brief experiment,” Holley told bclions.com earlier this year.

“I was never really into outdoor winter sports. No hockey, nothing like that. I ran track and started playing football in pop warner. I became hooked on it and learned quickly I was good at it.”

As it turns out, he made the right call. 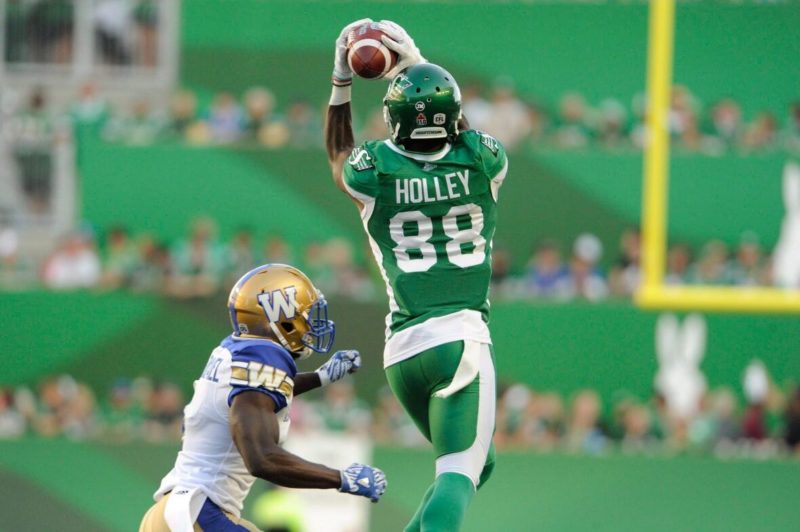 Coming out of Alaska likely meant no big NCAA programs would come calling right away. That turned out just fine for Holley who began in JUCO with the City College of San Francisco Rams. In 2011, Holley helped lead the program to their ninth national championship with a big 52-42 win over state rivals Mount San Antonio College.

After two seasons with the Rams, Holley moved on to the East Central Tigers of NAIA and recorded 80 receptions for 1,313 yards and 11 touchdowns in 20 games.

As Well As An Indoor Champ…

Holley initially spent two seasons on the Buffalo Bills practice squad after signing as a non-drafted free agent in 2014. From there, he had a brief, but successful stint with the Indoor Football League’s Sioux Falls Storm. Holley caught 21 touchdown passes and had 650 receiving yards in 11 games en route to helping Sioux Falls win the 2016 United Bowl championship. He also chipped in on special teams with 15o kickoff return yards.

Holley parlayed his indoor success into a contract with the Saskatchewan Roughriders. He would make his CFL debut in August of 2016 and that first season up north has been his best to date. In just 11 games, he caught 56 passes for 655 yards and two touchdowns. When you pro-rate his numbers to a full season, that would make it over 1,000 yards. Holley then helped the Riders make the playoffs in 2017 where they came within seconds of upsetting Toronto in the Eastern Final. He moved on to Ottawa for the 2019 season and now will be reunited with head coach Rick Campbell on the west coast.

When he hasn’t been busy training, it’s a good bet he hasn’t had a hard time keeping himself occupied during quarantine lockdown. Caleb is a classic video game junky. His all-time favourites include Madden (surprise, surprise), Warzone, Call of Duty and PlayerUnknown’s Battlegrounds.