Kiefer Sutherland is far from the only individual to be associated with the #24. In fact, you’d be hardpressed to find a more talented and charismatic trio that wore a different number with the BC Lions over the last three decades.

Hall of Fame receiver ‘Swervin’ Mervyn Fernandez, a dispersal draft gift in defensive back Korey Banks and most recently, running back Jeremiah Johnson are easily the most decorated in orange and black to don the number 24. Undecided on how to vote? Here is a little more info to chew on.

Nicknamed ‘Swervin’ Mervyn for obvious reasons, the supremely athletic receiver made an immediate impact upon his arrival, finishing with over 1,000 receiving yards and earning the West Division nominee for CFL Most Outstanding Rookie. The two-time CFL All-Star enjoyed his best season in 1985 with 95 receptions for 1,727 yards and 15 touchdowns as the Lions would hoist their second Grey Cup championship.

Despite not playing in the Grey Cup game due to injury, Fernandez had a significant impact on a squad that showed flashes of brilliance in the 1980s but had yet to make it to the top of the mountain. That same year, he became the first Lion to ever win the league’s Most Outstanding Player award. He remains third on the Lions’ all-time list for most touchdown receptions (57) and fourth in all-time receiving yards for the club (6,960).

Fernandez parlayed his Lions success into a six-year stint with the NFL’s Los Angeles Raiders where he remains in the top ten for the franchise in both receiving yards and touchdowns.

Fernandez returned to the Lions in 1994 and appeared in just nine games before calling it a career.

He was named to the Lions 50th Anniversary Dream Team in 2003 and last August was inducted into the Canadian Football Hall of Fame. 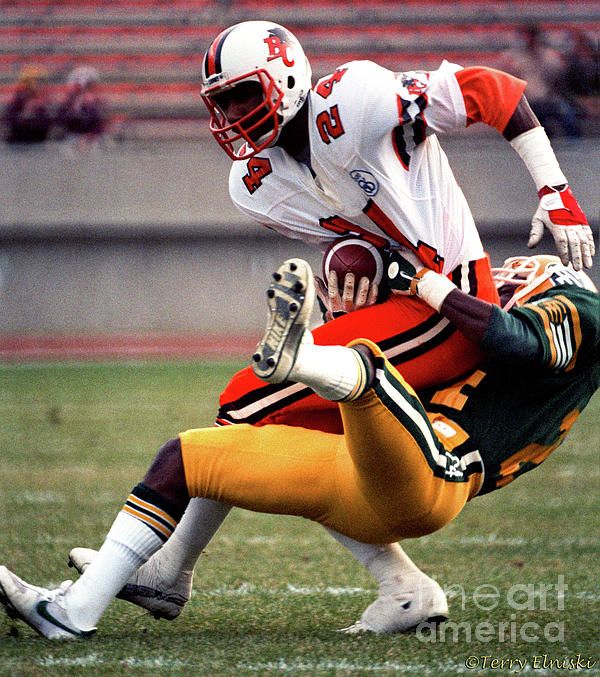 The demise of the Ottawa Renegades prior to 2006 led to a dispersal draft for their suddenly available crop of players.  And with the sixth overall pick, Wally Buono and the Lions found a gem; the third member of what would eventually be known as ‘Lockdown U.’

With Dante Marsh and Ryan Phillips well on their way to establishing themselves as star defensive backs, the addition of Banks – who recorded a career-high ten interceptions while taking two back for touchdowns in the Renegades’ final season- would prove to be a valuable piece to their Grey Cup puzzle.

In eight years in orange and black, Banks was named a CFL All-Star four times, earned a West Division All-Star nod in all but his final season with the club and helped lead a dominant defence in two Grey Cup victories: 2006 and 2011. The 2006 win over Montreal was a defensive performance to remember, as Lockdown U and company held Anthony Calvillo, Ben Cahoon and company to just 14 points and one offensive touchdown.

Simply put, when a big play on defence was needed you could count on Banks to be a big part of what transpired.

With 27 interceptions as a Lion, Banks remains tied with Andre ‘Fly’ Francis for number seven on the club’s all-time list. Banks also returned three of those Lion takeaways to the house.

Banks and his ‘Lockdown U’ pals will also go down as three of the all-time best characters to suit up for the Lions. 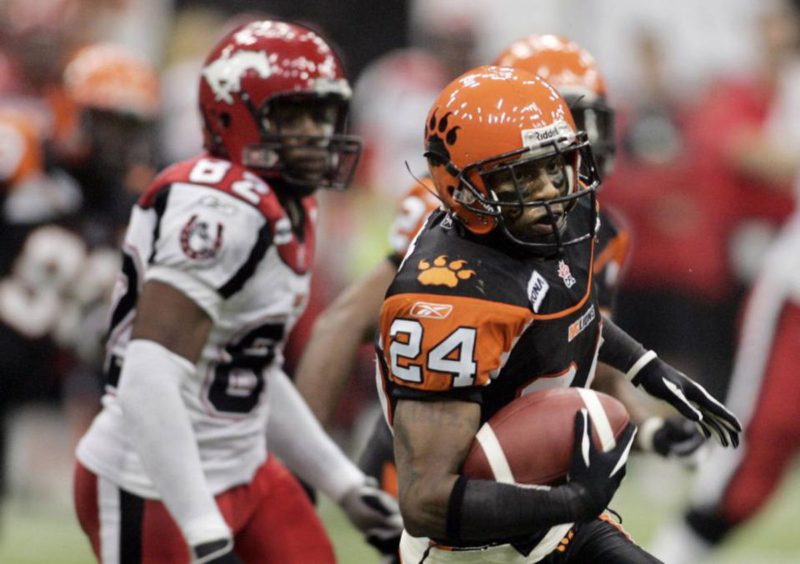 He only had 20 CFL games under his belt when he joined the Lions as a free agent in 2016. But fans would quickly come to learn just how productive the former Oregon Ducks star could be.

Despite playing only 11 games in his first season with the club, Johnson racked up 809 yards on the ground and scored seven touchdowns while he and running mate Anthony Allen helped the Lions lead the CFL in rushing. Then in the dramatic victory over Winnipeg in the Western Semi-Final, Johnson’s 40-yard touchdown run late in the first half gave the offence a boost it needed and would help set the stage for a thrilling comeback.

As the featured back in 2017, Johnson recorded career-highs in rushing yards (913), rushing touchdowns (9) and was also a threat in the receiving game with 48 catches for 542 yards and three touchdowns.

Along with his abilities on the field, Johnson quickly became a fan favourite and was always known to be one of the better dancers and singers on the squad. After moving on to the Montreal Alouettes and appearing in 11 games in 2019, Johnson announced his retirement from football earlier this year. 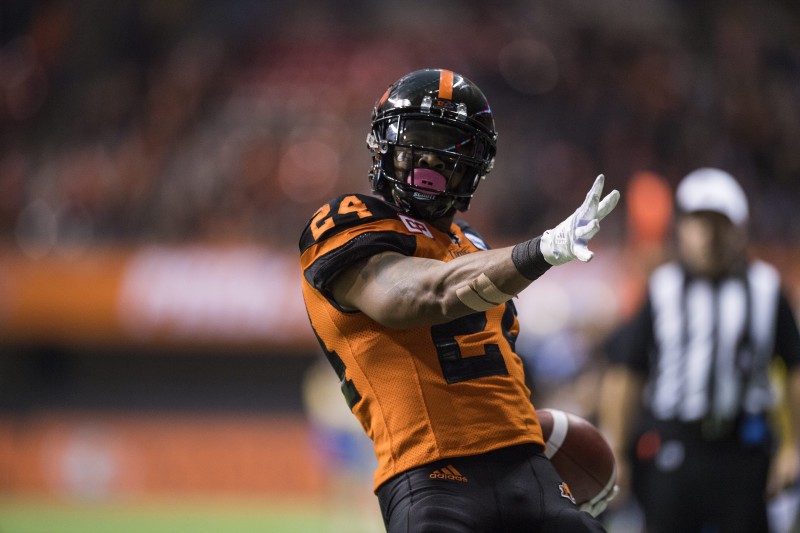 What do the great fans think? You could for sure make a case for any of these individuals as the best #24 in franchise history. Given that his numbers have kept him in the top five of major Lions receiving stats with plenty of other greats suiting up at that position in the past 25 years, I would give the nod to Fernandez. But you could certainly make a case for Banks, who played with a serious edge and showed very few signs of slowing down in his final season with the team. Johnson likely won’t get as many votes as the other two, but he wore the #24 extremely well and as mentioned, he put up fine numbers despite never playing all 18 games in a season. That should never be ignored.