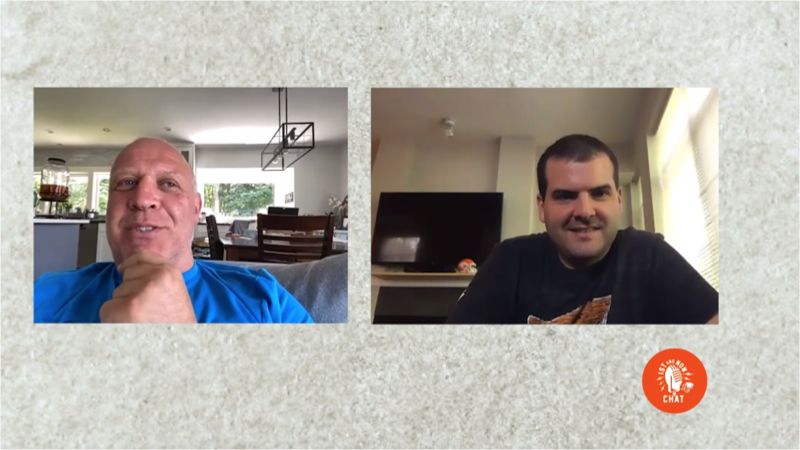 It’s back! Episode 31 of 1st and Now, the official BC Lions podcast, features host Matt Baker and TSN 1040 analyst Giulio Caravatta. How does Giulio think a veteran Lions team would be set up for a possible shortened season?

The former quarterback/kicker also shares a couple of stories about old Ivor Wynne Stadium in Hamilton, particularly his first visit there as a rookie in 1991. He never thought running out for warmups could be so dangerous until Lui Passaglia filled him in on the crazy Tiger-Cats fans.

“I had a baseball hat on,” Caravatta remembers.

He goes, ‘put your helmet on.’

I go, ‘why?’ I wasn’t starting, I was just the backup. He goes, ‘it’s just Hamilton. You never know what’s going to come out of the stands.’

They will throw things at you. It was crazy. In the early 90s, I just couldn’t believe the stuff that came out of people’s mouths. They the liquored up and some of the things they say are just so out of bounds.”

Rowdy and fans. As long as they stay remotely respectful, they are one of the many things we love about the Canadian Football League. As someone who has experienced the crazy Ticat fans at the newer Tim Hortons Field, it truly is a unique experience you’d be hard to find anywhere else.

With CFL Encore set to re-broadcast the 2011 Grey Cup victory over Winnipeg this Friday at Noon PACIFIC, Caravatta also reflected on that magical turnaround season and some of the moments early on that still stand out to this day.

“I do remember though being at 0-5 and thinking ‘this team was better than this.’ It just speaks I think to the leadership and type of team. At 0-5, that’s a third of the season almost and you haven’t won a game, ” he said.”

You know that the chances of being able to recover from that are slim and none. I think it really speaks to the character of that team and the leadership. You think about Travis (Lulay) and what he was able to do and Andrew Harris. Of course, the Dante Marshes and all those guys, they just had such fantastic leadership, right? Brent Johnson and those kinds of guys, they just never gave up.”

It is a Grey Cup run the Lions and our great fans won’t ever soon forget. It also has us excited for the next opportunity to hoist Lord Earl Grey’s mug!