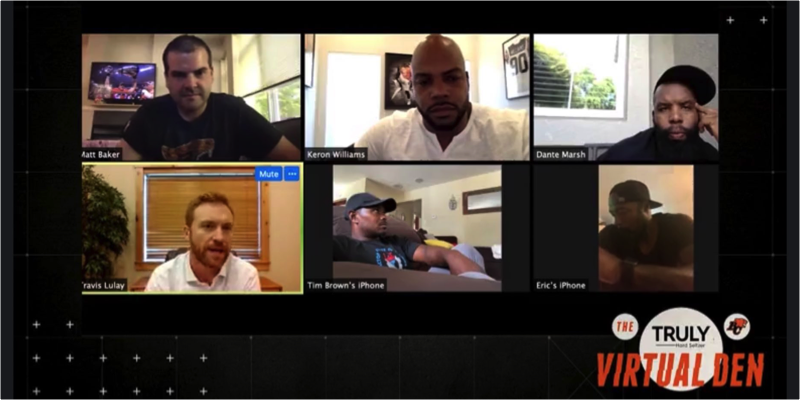 They say champions will walk together forever. That is certainly the case when talking about members of the 2011 Grey Cup champion BC Lions! In last Friday’s Truly Virtual Den Happy Hour host Matt Baker was joined by five outstanding players from that championship squad: Travis Lulay, Tim Brown, Dante Marsh, Eric Taylor and Keron Williams. It turned out to be a super fun reunion!

Each player shared their own personal stories from the 2011 championship year, a few of which had never been told publicly. As the conversation went on, one thing became more evident: these players all share an outstanding bond that they will cherish forever.

It even got a little bit emotional at times when they were talking about the 0-5 start and what they had to do to overcome the adversity they faced on their way to a historic Grey Cup victory. The fellas also go into what emotions they felt on the sidelines as the clock was winding toward zero, how they gained motivation from losing to the Blue Bombers twice in regular season play and how they got a big boost from returning to a renovated BC Place in late September of that season. Nine years later, the story remains a remarkable one in BC Lions and CFL history.