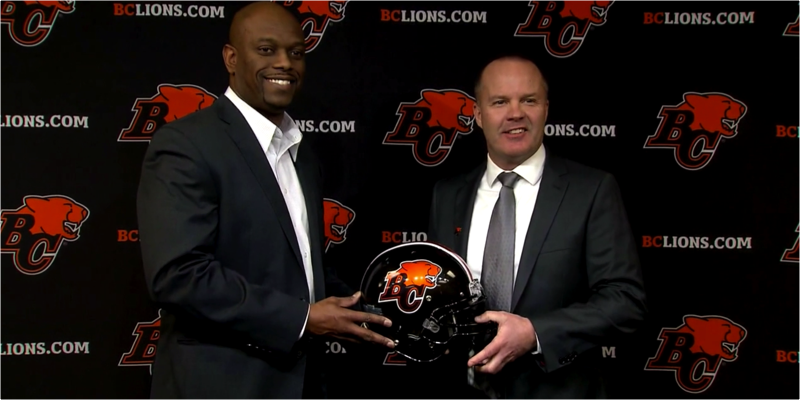 To use a classic CFL term, it’s come down to the final minute and the offence is backed up, in need of a score. That would be the best way to describe the situation as the league and its players continue to work frantically at saving the 2020 season. But for Lions head coach Rick Campbell, a positive individual by trade, the optimism has not waivered as he and his staff continue to get ready for whatever type of training camp could be in store for the next few weeks. And with reports on Friday that some steady progress has been made in talks with the CFL and its players regarding a Collective Bargaining Agreement, we can’t help but cross our fingers that we soon might have football to talk about again.

Appearing with Farhan Lalji on TSN’s CFL2020 program on Friday afternoon, the head coach did admit despite that optimism it has been a challenge preparing for what might lie ahead.

“That goes without saying, it’s been something quite different,” the head coach said on TSN.

The other side of that coin is, Campbell and the coaching staff have had to prepare for all kinds of scenarios. From roster sizes to the logistics of working and practicing in a CFL bubble, there has no doubt been some challenges since the original camp start date was pushed back. He still won’t let any of that hinder his optimism as they hope to soon get the green light for a quick sprint to the Grey Cup.

“We’ll spring into action pretty quickly. We’ve made some plans as far as what it can look like training camp-wise and roster and that stuff. We don’t know the exact details, but I think we have an idea enough to be able to go pretty quickly if we get the green light.”

The optimism has been a constant Campbell trait ever since he was hired by the franchise last December. Despite inheriting a team that finished 5-13 and missed the playoffs for the second time in three years, the new coach has pointed to the number of close games they played in last season as well as the solid crop of veteran players he has on the roster as reasons they can turn the ship around quickly.

“I think it was a matter of adding some pieces,” said Campbell.

“I know when I got to talking with Ed after we had done the coaching staff, we really wanted to target specific things in free agency and the Canadian Draft of plugging some pieces in. If we get the chance to play this year, I don’t think there’s any reason we can’t compete.”

Any time you have one of the CFL’s best quarterbacks leading the way, there is always the chance to contend for a Grey Cup. With a couple of good receivers in Dominique Rhymes and Caleb Holley added to the fold, along with Ryker Mathews who is capable of playing both sides of the offensive line, the expectation is Mike Reilly will once again come back motivated and hungry to win. 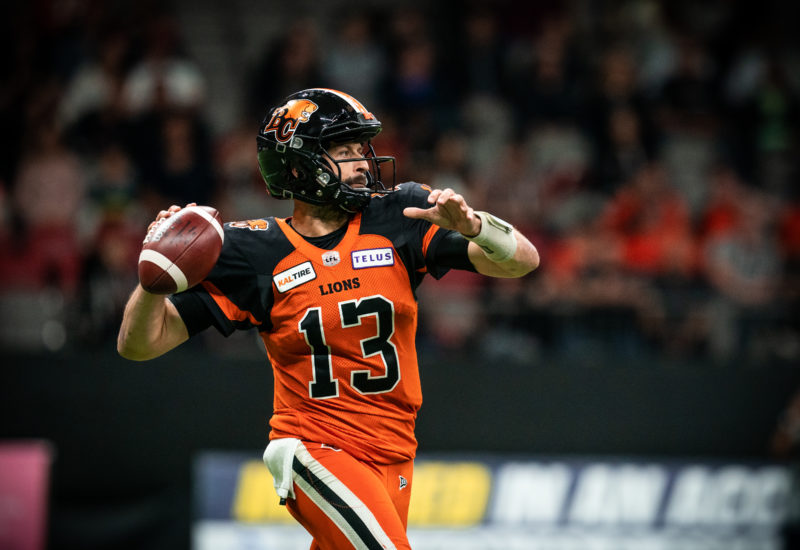 “It’s a big priority. I like our O-Line, ” said Campbell on the importance of QB protection.

“Again, another group if they all show up and they’re all healthy we have a group of five that will be veteran guys that have played good football in this league. We also have to do a good job play-calling wise and not just making it a drop back, pass protection competition. Changing it up: run, play-action screens, doing all those things. Obviously,  we know Mike can move around too so we need to take advantage of that; of moving the pocket around a bit. Those are the things we’ll be looking to do.”

But first comes the step of accomplishing a return to play. The CFL has faced many challenges over the years. Maybe that’s why league lifers like Campbell will never waiver from their optimism.

The show wrapped up with the TSN panel unveiling its all-time BC Lions team. Just like the eight previous squads that were featured, there were certainly a couple of glaring omissions. Hey, it’s not easy to pick from nearly seven decades of history. The biggest question we pondered earlier in the week centered around the quarterback position. We identified four viable options in Joe Kapp, Roy Dewalt, Damon Allen and Travis Lulay. Each led the organization to Grey Cup titles and in since the award was established, Dewalt, Allen and Lulay were all named Grey Cup MVP. In the end, Lulay received the nod.

The video below explains one big thing that separated Lulay from the pack: he was the only quarterback in that group to win the CFL Most Outstanding Player Award as a Lion. Hard to argue. But I had leaned toward Allen, based on the fact he separated himself from the rest in three major statistics: completions, yards, and touchdowns. Each of the guys above is certainly worthy of the honour.

At running back, I would have gone with Sean Millington ahead of Andrew Harris. Again, love both guys but maybe it’s my childhood memories of watching Millington and those great teams of the late 90s and early 2000s run all over teams. Again, we don’t envy the position of these panelists and the tough choices.

An interesting discussion emerged from the receiver selection, mainly surrounding the omission of Jason Clermont. As stated on Twitter by CFL on TSN Senior Producer Chris Edwards, one rule for the project stated a current player must be chosen. That’s where Bryan Burnham comes in. Edwards admitted it was a tough call between Clermont and Manny Arceneaux for that fourth receiver spot. In the end, Arceneaux won out and he is certainly deserving given his production.

The special teamers are no brainers: Lui is Lui and Jason Arakgi’s CFL record for most special teams tackles might be the most underappreciated milestone in team history.

On defence, plenty of the reaction surrounded the omission of Korey Banks. I definitely sympathize with those who feel the four-time CFL All-Star should be there. It was a major debate with former Lion Davis Sanchez and the other panel members. When I was speculating on who might get chosen, I figured at least one member of the famous “Lockdown U” defensive back group from the previous decade would be left off. That’s just the way it is with the number of eras there is to choose from. Still, Banks should be there!

The linebackers and defensive linemen are all worthy choices. And we leave it with this: the foundational players are all excellent choices. There simply had to be spots for Joe Kapp, Jim Young, Norm Fieldgate and By Bailey. But a hat tip to the TSN crew for including the late, great Ken Kasuya. Kato, as he was affectionately known, simply was a legend for the football club and anybody who had the chance to interact with him for the 30 years before he tragically passed away.

BC Lions All-Time Squad, as voted on by the TSN Panel: