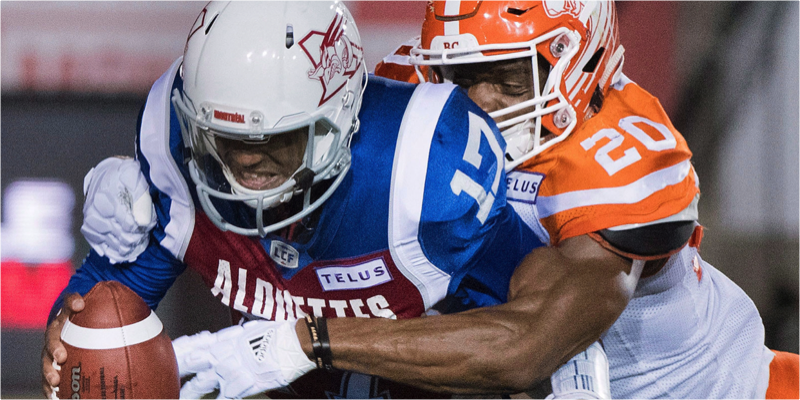 For the latest instalment of Baker’s Archives, we take you back to a hot and steamy September 2018 night in Montreal where the Lions were in as close to “must-win” mode as it gets for that time of the year. Not only had they been winless on the road up until that point, but the squad was also in danger of falling behind in a very competitive Western playoff race that season. And then, it was a suffocating defence that temporarily put an end to all those doubts.

These battle-tested Lions would not only deal with the humid temperatures, but also the loss of veteran quarterback Travis Lulay to an injury on their very first series of the game. In the end, it was the strength of an aggressive and opportunistic defence that proved to be the difference against an Alouettes team facing their own share of problems. 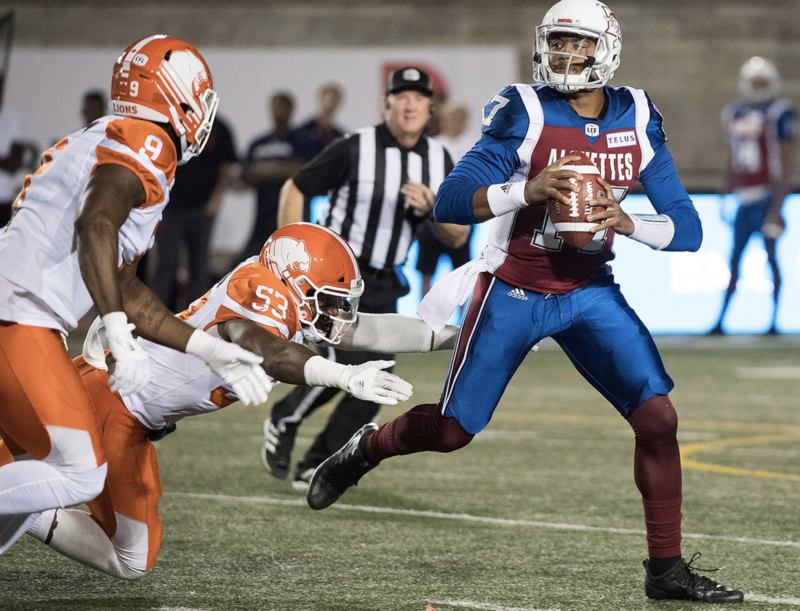 The Backdrop | Road Struggles Highlight First Half Of 2018

As preparations began for the tilt with Montreal, Wally Buono’s farewell season was quickly in danger of going completely sideways. The squad was 4-6 and had not yet managed to win back-to-back games. Another factor that wasn’t sitting well inside team headquarters was the fact they had been winless in five road contests so far that season. Everybody knew that in order to get back to the playoffs in 2018 they would have to start getting results away from BC Place. With the fourth-place Blue Bombers on a bye, this contest with the Alouettes also presented the chance to move into a tie for a crossover playoff spot. 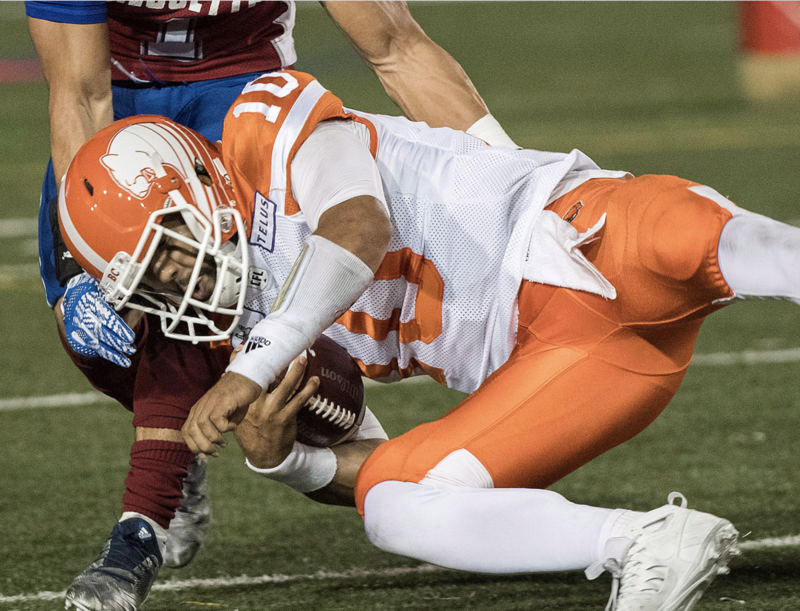 The mission to end those road struggles didn’t start smoothly. Travis Lulay, who had been back in the starting quarterback role since week five after rehabbing from his torn ACL suffered in September of 2017, was injured on the game’s opening series courtesy a hit to the arm from Montreal defensive end John Bowman. Jonathon Jennings came in and did his job with a touchdown strike to Bryan Burnham on the first play after Lulay went down. Jennings would finish the evening with a modest 180 passing yards and that lone touchdown pass and the Lions held a slim 10-6 lead at halftime.

After that, the defence put its stamp on this contest. In total, the Lions sacked Montreal quarterback Antionio Pipkin seven times and held him to just 95 passing yards. Despite their struggles moving the ball, those pesky Alouettes led 14-13 through three quarters after Chip Cox returned a blocked Ty Long field goal 87 yards for a major. At that point, you figured this road curse might actually be a real thing.

But thankfully, the Lions veterans on defence would refuse to be denied. After Long’s third successful field goal of the night and conceded Alouettes safety, the Lions led by four with just 3:30 to play. And then, we received a double shot of Lions defensive majors. First, Pipkin threw an interception to TJ Lee III that was returned 37 yards for a major. That would probably be all the insurance these Lions would require. But for good measure, Anthony Orange joined the fun five plays later with a 54-yard pick-six of his own. Final score: Lions 32 Alouettes 14. Suffocating defence, indeed.

Anticipation was growing for Johnny Manzeil’s Al0uettes debut. After the Orange interception return, chants of “Johhnnnnny” could be heard escalating inside Molson Stadium. Manziel had been acquired earlier that season in a trade with Hamilton but had failed to deliver in two highly-anticipated starts before Montreal went back to Pipkin. You could sense a few of the suffocating Lions defenders were looking forward to the chance to beat Manziel but after the way this one went down, there were no complaints.

Inside the locker room for game balls, it was a mixture of the usual euphoria and relief that they finally bumped their road slump. The most important thing was they had a 5-6 record and were back in the driver’s seat to make the playoffs with a home meeting against Edmonton to come later in October. At this point in the season, Edmonton was 7-5 and the final meeting with the Lions would prove to be the rubber match in the season series after the teams had split their first two meetings.

For this game, yours truly was shooting video along with the regular social media duties that come on game day. The visiting locker room in Montreal is always a challenge with the lack of space. Filming the post-game locker room fun was a challenge, but it somehow got done!

Following the always eventful six-hour red-eye flight home, the Lions got back to work and extended their win streak to three with a thrilling comeback overtime victory over Hamilton that had it all. In case you don’t recall(how could you forget Burnham’s heroics?) we will indeed chronicle that one in a future instalment of Baker’s Archives.

Four weeks later and with a record of 8-7, Lulay and company would prevail 42-32 in the big home tilt against Edmonton to punch their playoff tickets. Despite not winning another game after that, 2018 did provide Lions fans with some exciting memories and had they lost one more game down the stretch, this squad would not have ended up in the playoffs. The suffocating defence in Montreal certainly was a catalyst to the big second-half turnaround.