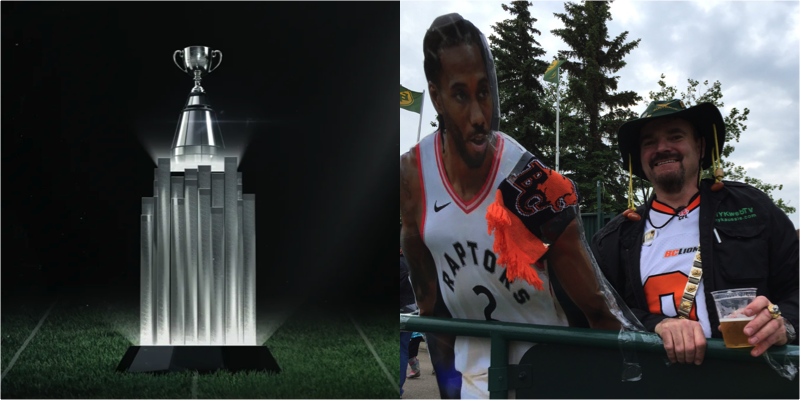 His fandom and dedication are truly classic CFL. Kym Harrison AKA ‘Myk Aussie’ moved to Vancouver from his native Australia in March of 1998. As is the case with many foreigners looking to blend in, the man now considered Australia’s biggest supporter of our Canadian game was looking for something unique to his new country. Aussie ultimately decided against regular October 31st festivities and headed down to BC Place.

“I lived with a couple of lads from Toronto who, sadly, weren’t that into the CFL,” recalls Myk Aussie, now a resident of Edmonton but still a massive Lions fan.

“I went to a Halloween game when Damon Allen was the quarterback of the Lions and Jeff Garcia was the quarterback for the Stampeders. After that night I said to my Toronto mates ‘you guys are dissing the CFL, that was fantastic.’ So the next year, I started going more, and then I found myself with a media pass for the 1999 Grey Cup.”

22 years, 14 Grey Cup festivals and a million memories later, Aussie is now one of the most recognizable super fans at Canada’s annual November football bash. Even with the Grey Cup taking a hiatus in 2020, Aussie has found a way to celebrate his favourite Canadian passion by etching his name onto the Grey Cup Fan Base. Once the campaign was launched late last month, he knew it was a no brainer to purchase his place on a great piece of CFL memorabilia.

“I told this to Linda, a long-time Edmonton fan I know, that if I didn’t do it, I would regret it,” he said.

“I thought it was a great idea. If I go back home to Australia in ten years’ time, I’ll look back and say’ I went to about 20 Grey Cups. Look at this.’ So that was the main reason. And sadly, with no CFL this year, I also saved a lot of money anyway. When I go out to a game, it’s typically 150-200 dollars a night, right? (laughs)” 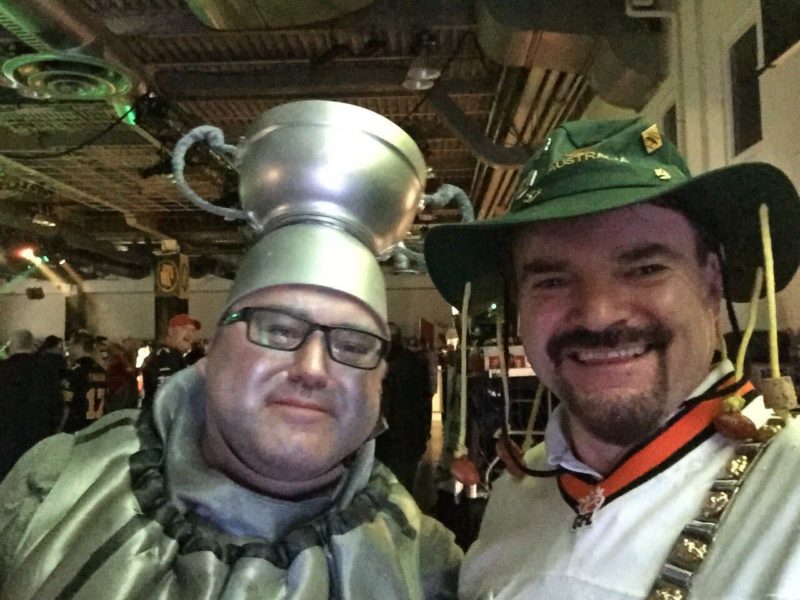 It didn’t take long for the Aussie super fan to really grasp what the Grey Cup still means to this country. It was at his first in 1999 here in Vancouver where he got a real dose of what the annual celebration is all about.

“I never really thought of the party aspect of it. In ’98, I watched on TV when the Stampeders beat the Tiger-Cats. Then the next year I went and picked up my media pass and right next door was the Spirit of Edmonton party,” Myk remembers.

“Those 3-4 days in 1999 were some of my best days ever. I had the media pass and digital media cameras had just come out so I had this beautiful camera. I was filming all kinds of great fan activities. Then I got to hang out with guys like Mike Morreale and Danny McManus in the Ticats’ room after their win. That was a lot of fun.” 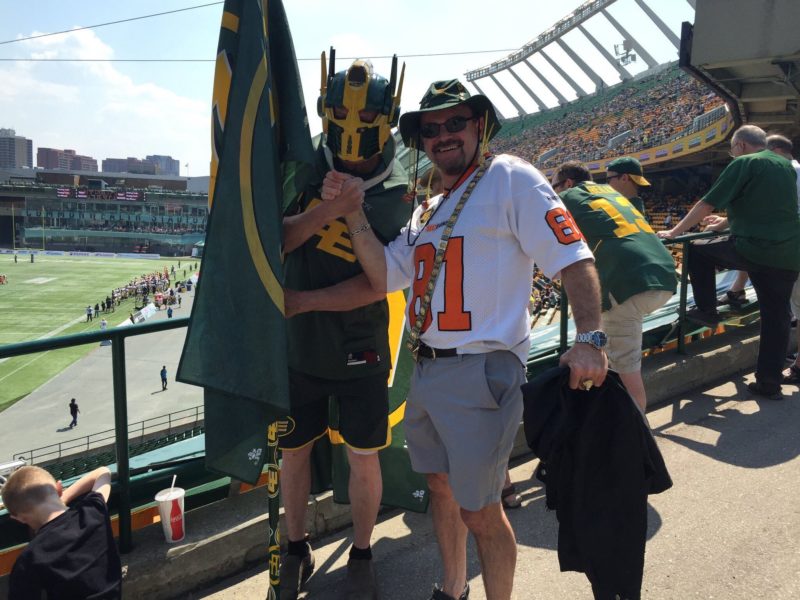 And that leads us to another great part of his story. Aussie was ahead of his time when it came to producing fun video content. Nowadays at Grey Cups, you can see everyone, from players to fans, posting up to the minute shenanigans on their Instagram story. Along with having his own website mykaussie.tv  , he regularly pumps the CFL’s tires on New York-based SportsGrid with long-time Canadian broadcaster Gabriel Morency. Much like his CFL fandom, Aussie’s passion for producing video and web content was pretty much discovered by accident.

“I went to Kelowna to film an Okanagan Sun game. That was about two days before Bill Gates released Media Player and AVI to ASF so I’ve been doing it way back since about July 2000. I was doing video years before YouTube and everything else,” Aussie recalls.

And by the time we get back to attending regular games and what should be an epic Grey Cup party in Hamilton next November, he will have plenty of content to create. For now, Myk will pass the time by conversing with his many great football friends across the country and watching highlights of some classic games. 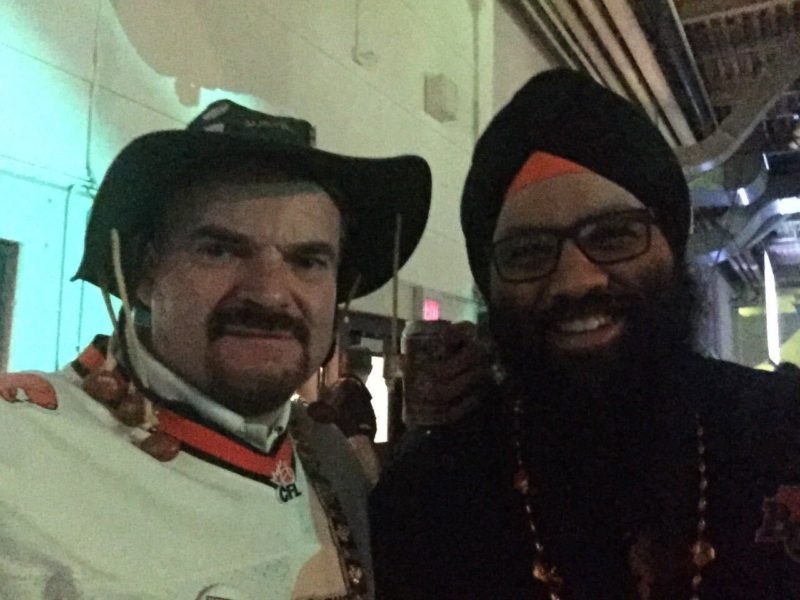 “It’s a bit sad. I went and did some videos outside Commonwealth Stadium. Linda and a few others were having their own tailgate. I miss it. I love sitting in the end zone because I can read the play better and learn. Sometimes you end up talking too much and having so much fun. That’s the downside. You tend to see more of the game when you stay home and watch on TV.”

Seeing the pictures and videos of the Grey Cup Fan Base also makes it extra rewarding to know his name will soon be etched on.

“That’s who people know me as. It doesn’t really matter, but that would be a nice bonus being at the top of the base.”

Fans like Myk Aussie truly are what this great league is all about.