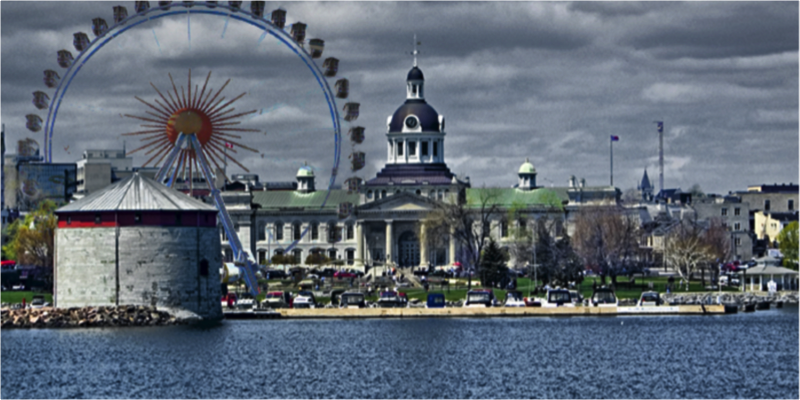 CFL Roadies. Always a fun time. One of yours truly’s favourite things about working with the BC Lions has been the chance to cover games on the road and see what the rest of this beautiful country has to offer.  On three of those occasions since joining the organization in 2016, I have also been with the club on extended road trips out east where the team opted to stay in a city on a short week in between games.

The latest edition of Baker’s Archives chronicles those extended road trips that took place in three very different, yet very unique spots in Canada. In between practicing, team meetings, and in my case, creating content, these roadies also provided a chance to play the role of tourist.

Another thing that gave me the idea to look back on these excursions is the fact my favourite NFL team, the San Francisco 49ers, is currently spending a week at The Greenbrier Resort in West Virginia between games against the Jets and Giants in East Rutherford, New Jersey.

A quick background to kick things off. Being the CFL’s Western-most squad means the travel isn’t always a walk in the park, especially for games in the Eastern time zone. And guys like me aren’t even doing the hard work! So it goes without saying a one-game trip to Toronto, Hamilton, Ottawa or Montreal isn’t easy on the old body clock. That’s what makes it a no-brainer to stay on the road for an extra few days on a short week when there are back-to-back games out east. Here is a more thorough breakdown of the games and on-field activities endured on these extended roadies!

The 2016 Lions exceeded the expectations of many prognosticators. A big reason for that was their solid 6-3 record in regular-season road contests. After a disappointing home loss to Calgary dropped them to 5-3 overall, the squad prepared for an extended stay in the nation’s capital where they would camp out for four days in between facing the REDBLACKS and Toronto Argonauts. 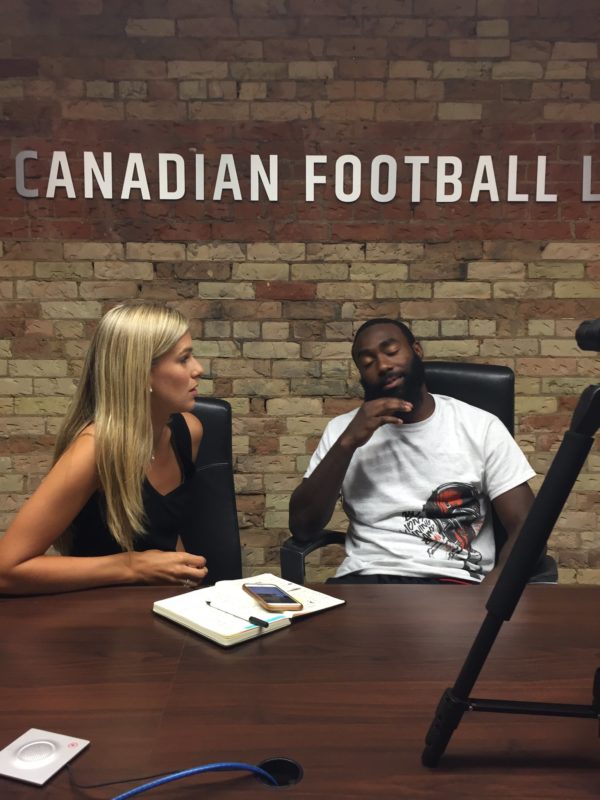 Jonathon Jennings passed for 289 yards and a touchdown, while Travis Lulay scored two majors on short-yardage situations, including the winning score with 1:34 left as the Lions prevailed 29-23 in Ottawa to begin the trip. That victory would make a couple of practice days at the University of Ottawa a bit more enjoyable. The ‘Stadium Cribs’ duo of Richie Leone and Mike Benson was joined by teammates Jason Arakgi and Marco Iannuzzi for a video tour of Parliament Hill.

The search for Prime Minister Justin Trudeau wasn’t successful, but it was still good for a few laughs. Leone ultimately played the role of hero in the Lions’ first-ever trip to BMO Field a couple of nights later, booting the winning field goal with no time remaining in a 16-13 triumph. The day before that Toronto win, bclions.com took the always entertaining Chris Rainey for a tour of the CFL offices and a Facebook Live interview with Brodie Lawson.

Lions Enjoy Some Fun And History At Parliament Hill

As soon as a draft of the final 2017 schedule was seen, plans were set in motion to spend four days in Kingston, Ontario between week two and three road contests in Toronto and Montreal. Along with navigating through another short week, it also provided an early chance to new members of the team t0 bond with both themselves and veterans alike. A big fourth quarter propelled Jennings and company to a 28-15 win on June 30th.

Canada Day began with the two-and-a-half-hour bus trek to Kingston. Side note. As a self-confessed sports nut, I took note of the towns we drove through on the way and began connecting them to what sports figures were known from coming from there. “Bowmanville! That’s where Mike Keenan is from!” Canada Day evening was highlighted by fireworks at the lake taken in by a few players and other staff members.

Veteran Manny Arceneaux agreed at the time it was unique to see the holiday celebrations in a different part of the country.

“It’s pretty good that everybody in the community can come together and make an event like this just work as they celebrate Canada Day for the whole weekend,” said Arceneaux when the squad arrived in Kingston.

“It’s good to see less drama. That’s what the world needs, just everybody getting along.”

And those quotes surely still apply to a lot of the things happening in the crazy world of 2020, don’t they?

Following two practice days at Queen’s University, it was back on the bus to hot and humid Montreal. Jeremiah Johnson’s two touchdowns plus a stout defensive effort paved the way for a 23-16 win and a nice response out east after dropping the season opener at home to Edmonton. On the post-game walk from Dunn’s(awesome smoked meat) to the team hotel, we ran into Wally Buono himself; the head coach enjoying a nice victory cigar on a Montreal park bench. The 2017 season wouldn’t go down as a success, but the team’s roadies out East provided some fun moments. 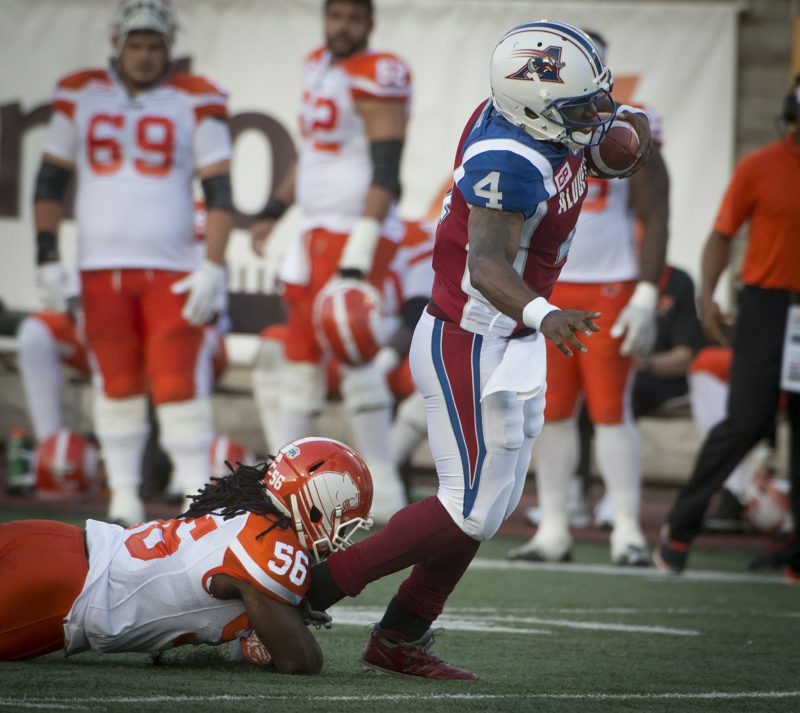 2019: Hammer Comes Down On Playoff Hopes

The 2019 season was what it was from a wins and losses standpoint, but the team was still very much alive and looking for a turnaround when it arrived at Hamilton’s Tim Hortons Field on August 10th. With only four days in between this and another road tilt in Winnipeg, the team would stay in Steeltown for the short week of practice. Not a traditional Eastern roadie…

Despite 21 completions and 308 passing yards from Mike Reilly and maintaining possession for an astounding 12:01 of the third quarter, defence and special teams ultimately let them down in a stunning fourth-quarter collapse. Two majors in the final 3:21 helped set up by a 46-yard punt return from Frankie Williams, gave the Tiger-Cats a 35-34 victory. One cool note pre-game was the presence of the Coquitlam Athletics Little League squad who were honoured for winning the Canadian Championships in nearby Ancaster. They were on their way to Williamsport and the Little League World Series the very next day.

GM Ed Hervey responded to the loss by bringing back defensive lineman Shawn Lemon via trade with Toronto. The Lemonator re-joined his new/old teammates for day one of practice at McMaster University. With the extra short week combined with a 1-7 record, there wasn’t much time for team bonding before the quick flight to Winnipeg and 32-16 loss to the Blue Bombers on Thursday Night Football. 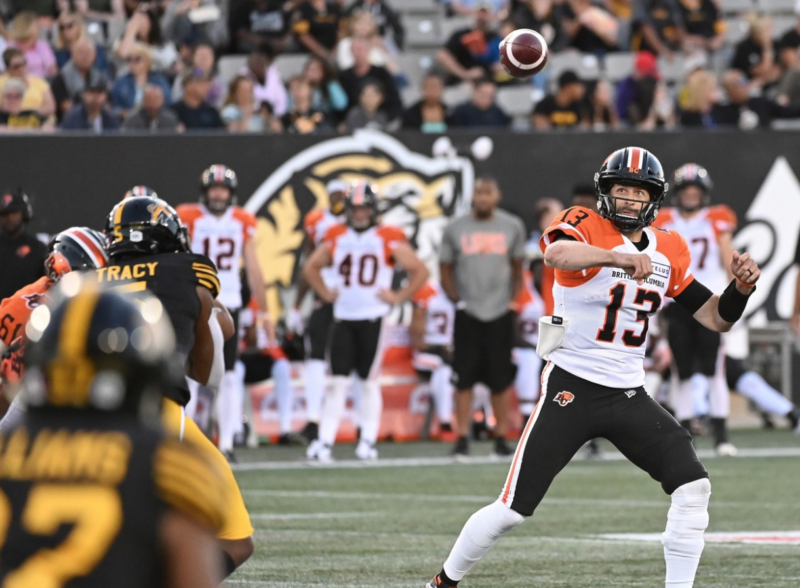 Bake’s Other Inside Roadies Takes

Being around the team and having an inside look at some great wins was the best part of these roadies. Time for a few extra tidbits about each of these three experiences with the Lions traveling roadshow.

2016 was my first chance to visit Ottawa and the Parliament Hill experience came as advertised. I always include a walk around Parliament in the Ottawa itinerary. That long trip also included a boat cruise along the Rideau Canal. A nice way to pass the time on a beautiful summer day.

The Kingston experience was also one that members of the team won’t soon forget. I followed the advice of those who had been and enjoyed a tour of the famous Kingston Penitentiary and then took a walk across the bridge to Fort McHenry National Historic Site on our final night there. I loved the military history that Kingston had to offer. 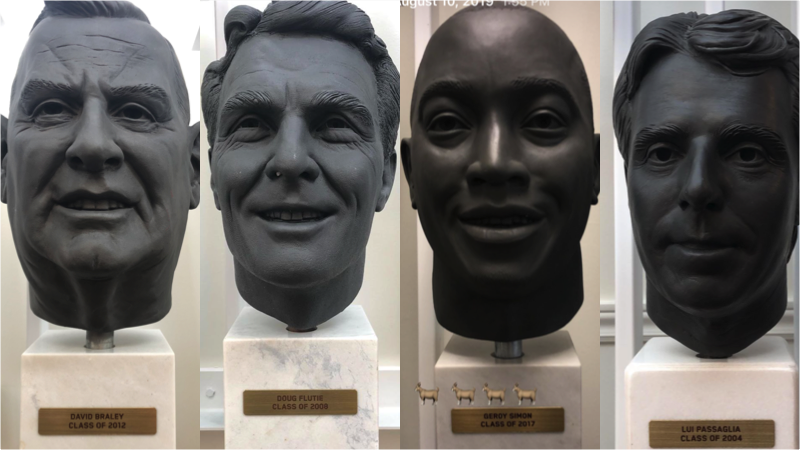 The 2019 trip didn’t offer up as many chances for site-seeing (sorry Hamilton) but I did make the point of doing something I had not done in any of our previous trips to Tim Hortons Field. I went upstairs to visit the Canadian Football Hall of Fame. It happened to be the weekend where former Lions Mervyn Fernandez, David Williams and the rest of the 2019 class was officially being inducted as part of a halftime ceremony.

While upstairs, I made the point of paying tribute to the busts for Lions owner David Braley, CFL all-time receiving leader Geroy Simon, pro football all-time scoring leader Lui Passaglia and the legendary Doug Flutie. Any CFL fan should make a visit to the Hall a priority.

And as we continue to hope and prepare for a return in 2021, we can’t help but look forward to more extended roadies!