Scan the roster of any CFL team, and you will likely find more than one example of a player with an inspirational story. That’s the beauty of our great league. Not every guy was a stud high school prospect who had the scouts come calling from a young age. Jamel Lyles represents one of those great stories on the BC Lions.

A proud native of Surrey, the running back had to work his tail off in order to earn a roster spot with the team he grew up cheering for. Along the way, he dealt with a personal tragedy that he still thinks about to this day. With more, we present 5 Things To Know featuring Jamel Lyles! 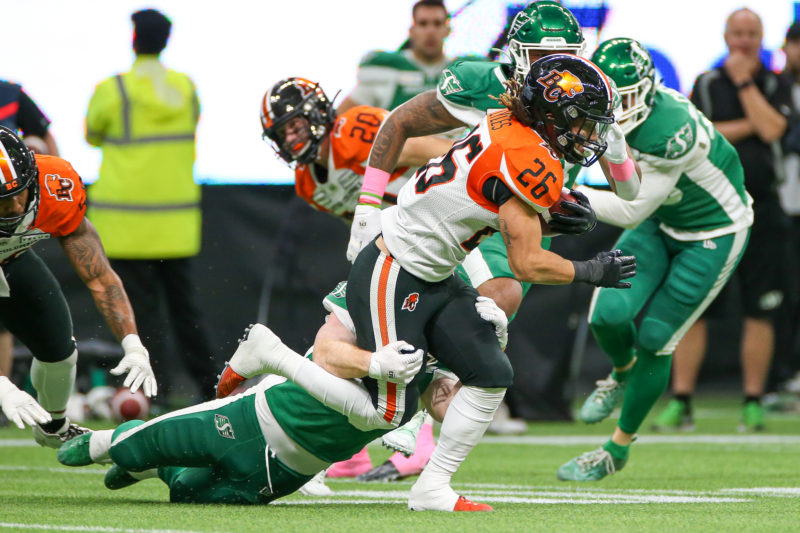 Jamel’s best buddy growing up in Surrey was Jaylen Sandhu. The duo played football and baseball together and together shared the same aspirations of going pro. Then tragedy struck when at the age of 19, Sandhu was stabbed to death. Although the tragedy still hits extremely hard, Lyles has since used Sandhu’s memory as an inspiration in his path to the pros. Up until his rookie season with the Lions, he was still wearing Sandhu’s old Calvin Klein shirt underneath his equipment. Even after it got badly ripped.

“On the daily, I always think about him. Being drafted by the Lions and playing for the team, I’m now in the community where he passed away so I’m consistently reminded that not every day is guaranteed,” Lyles told bclions.com in 2019.

“I have an opportunity to be able to play a sport that I love and get paid for it. I’m going to give 110 percent every time I am on the field.”

He grew up in the Fraser Heights area of Surrey, represented the Lord Tweedsmuir Panthers in BC High School Football and also played baseball for Whalley Little League right across the street from the Lions practice facility. Although many of his relatives are in the Southern United States- mainly Louisiana and Mississippi- Jamel still makes Surrey his year-round home where he grew up living with his mother.

He is also proud to give back to his local community. One of those initiatives Jamel took part in was a campaign with the City of Surrey to encourage residents to help their neighbors shovel snow in the winter. 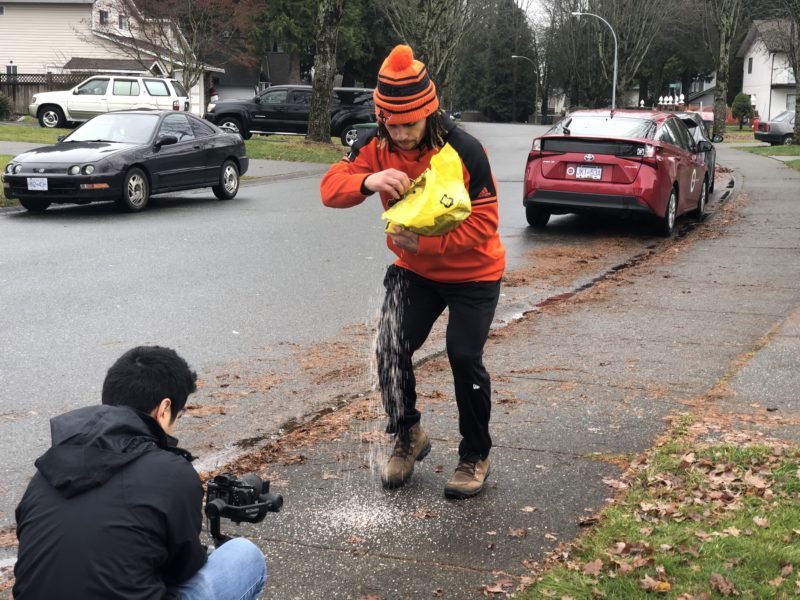 Surrey boy Jamel Lyles represents one of the feel-good stories on this Lions roster. The running back is now featured in our 5 Things To Know series!

Bison and BC Junior Standout

Lyles opted for a move to the prairies for his University football and made an immediate impact with the Manitoba Bisons. Lyles was the 2015 Canada West Rookie of the Year after racking up 691 rushing yards and two touchdowns on 82 carries. He then returned to his home province for one season with the Westshore Rebels where he had a remarkable 1,604 yards on the ground and 15 touchdowns in ten games.

Lyles then returned to Manitoba for his final two years of eligibility, earning Canada West first-team honours in both 2017 and 2018. Despite those accolades, he had to wait a couple of hours before hearing his name called on draft night. However, it proved to be well worth the wait. 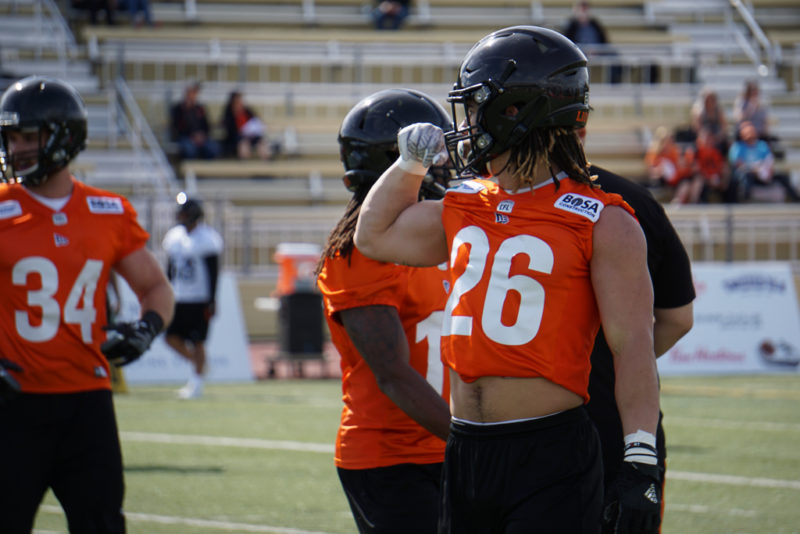 From 8th Round Draft Selection To Roster Spot

Jamel was eating dinner at Boston Pizza in Surrey when he got the call. 2018 CFL Draft night would prove to be one of the best of his life as he found out the Lions had taken him in round eight. It was the classic feel-good story of a team taking a flyer on a local kid. When you end up taking someone that late who ends up making your roster as a rookie, you know you’ve done well at the draft table.

Jamel was a workhorse from day one of training camp and it resulted in a spot on the practice roster. When the hard work translated into regular practice- he’s always seen taking mental reps when he isn’t scrimmaging- it had served him well when he made his Lions debut in a September 13th win over Ottawa. He even saw action on offence that night and ran for 36 yards on his first pro carry while also playing a role on special teams. Hard work pays off indeed.

You read that right! Jamel lists gardening as one of his favourite activities that helps clear the mind away from football. Always planning ahead, the running back says he will one day have his own company called Lyles Landscape. Given his penchant for hard work, you can bet it will be the perfect post-football career for him one day.