Tributes To Legendary Braley Pour In From Across CFL, Sports World 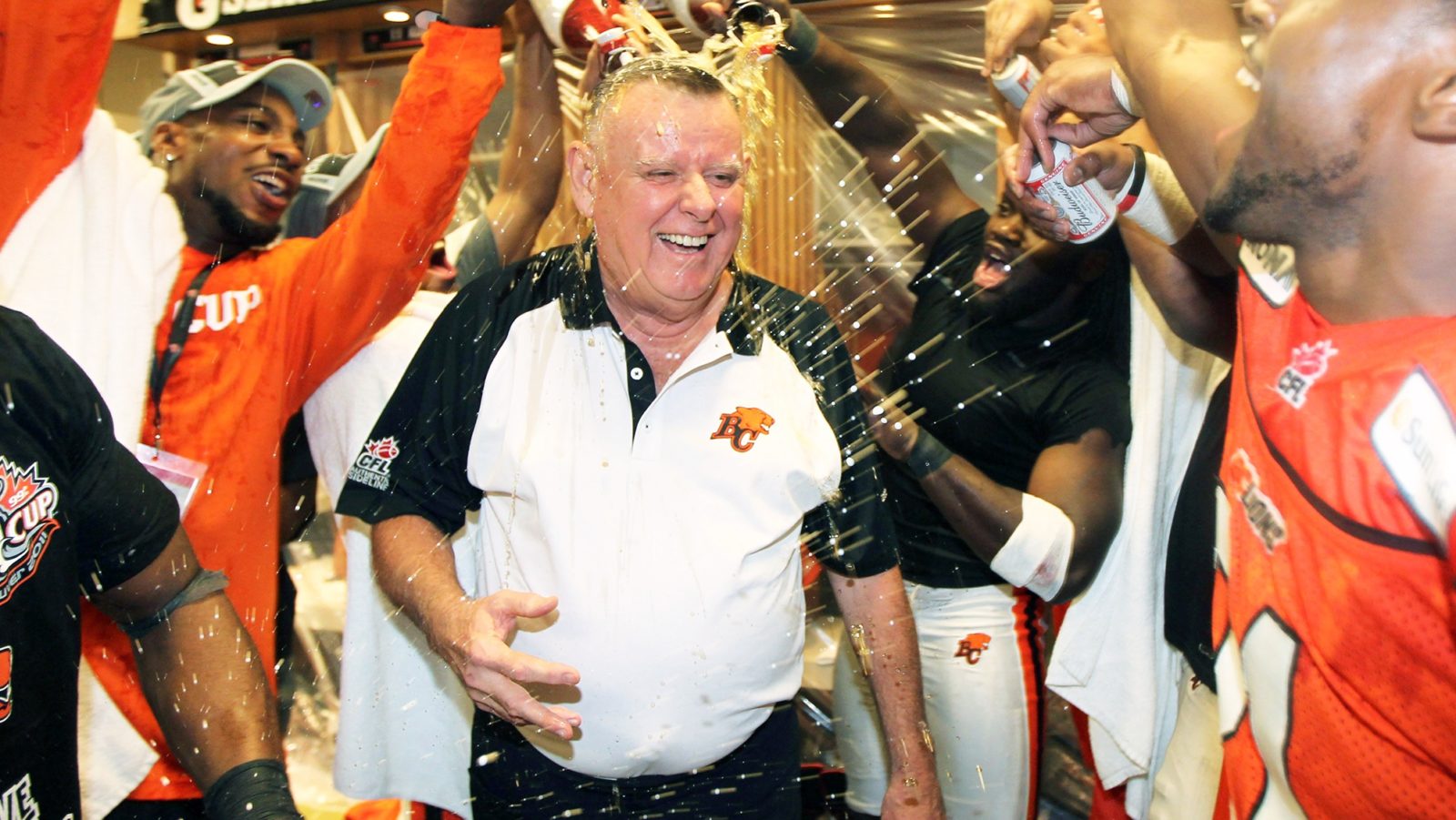 Tributes To Legendary Braley Pour In From Across CFL, Sports World

It’s never an easy day when a legend like David Braley is lost. The Lions’ owner and all-time great CFL loyalist and backer passed away at the age of 79 on Monday morning. But we can take solace in the fact he is now in a better place. Beyond that, we can also share our stories and enjoy the outpouring of support that comes in when you lose such a powerful figure. Here are a few of the tribute tweets that poured in on the day we lost our owner, champion and CFL giant David Braley.

It starts with the CFL’s all-time leader in coaching victories, and a man who came to BC as a result of Braley’s courtship and ultimate commitment to the franchise in 2003. Wally Buono himself.

It was heartbreaking to receive the call that David passed away. It’s a sad day for all the many people that David’s life touched. Condolences to his family. I love my friend! https://t.co/EF6uOVhmFW

Global BC’s Jay Janower was able to dig up neat footage from his station’s archives from the day Mr. B was officially announced as the new owner prior to 1997.

Here’s a reminder of the passion, love and devotion David Braley had for the #BCLions and #CFL…former Commissioner Larry Smith also trumpeting Mr Braley… pic.twitter.com/9LMw0Szu3F

Grey Cup champion and 2011 CFL Most Outstanding Player Travis Lulay is just one example of an American player looking to the CFL for one last shot at pro football. Naturally, he never really knew how significant his new team owner was to the CFL’s survival over the years.

Little did I know when I came to the league, the CFL and the BC Lions as I knew them existed largely because of David Braley’s passion. His support never wavered to the very end. Rest in peace, Mr Braley, and thank you. https://t.co/hHWcTnq2Kd

Broadcast legend Chris Cuthbert also weighed in. And it’s certainly fitting because he was behind the mic for several of the Lions’ biggest victories under Braley’s successful tenure.

Saddened to hear of David Braley’s passing. He was the CFL’s staunchest advocate at times when the league needed one the most. We could disagree on how the CFL should be steered forward but he always had the best interests of the game at heart.

On the field, we can be bitter rivals. But one unique thing about the CFL is it really is one big family. We’re all in this boat together. That was evident once again with the tributes from other clubs that were sent out.

The Tiger-Cats mourn the loss of former owner and iconic Hamiltonian, David Braley.

The Ottawa REDBLACKS are deeply saddened by the passing of BC Lions owner and CFL patriarch David Braley. Our sincere condolences go out to the Braley family and David’s many friends across the country. pic.twitter.com/RM0Tf1NiAn

We are saddened to hear of the passing of David Braley, a passionate champion of CFL football and the dedicated owner of the B.C. Lions.

His loss will be felt across the league. Our thoughts are with his friends and family, as well as the entire Lions organization and its fans. https://t.co/UunBWaGEYg

Our thoughts are with the Braley family and our CFL family in BC today. 💙🧡 https://t.co/9FVZYZPSsq

The EE Football Team offers our condolences to the entire BC Lions organization. David Braley was an influential member of the CFL family and his contributions to the league will not be forgotten. https://t.co/2sZjAqhUhi

The Calgary Stampeders send their condolences to the Braley family and the @BCLions organization.

Our most sincere condolences to the family and friends of David Braley, and to all the members of the Lions. David was the owner of the @BCLions and a champion of the @CFL. A very sad day for the world of Canadian football. 😢 https://t.co/HGSKkyAQaz

And then, of course, our other local teams were grateful in their tributes. People may forget, Mr. Braley also rescued pro soccer in this city when he bought the Vancouver 86ers in 1997.

#VWFC are saddened by the passing of BC Lions and former 86ers owner David Braley. Mr. Braley’s passion for both footballs in Vancouver contributed to great progress for pro and amateur sport across BC. Our condolences to Mr. Braley’s family and everybody at @BCLions.

Mr. Braley was a staunch supporter of football and shared his love of the game with so many across the province. We feel privileged to have been a part of the Vancouver sports community with him in it. We send our condolences to the Braley family and our friends @BCLions. https://t.co/cZzGaeEs28

And in a very lovely tribute, BC Place is glowing orange on Monday evening in honour of the man who as at the helm for many of the stadium’s great memories in the last 25 years.

BC Place will glow orange tonight in memory David Braley and his contributions to the CFL community 🧡 @BCLions https://t.co/2LznLQiDHo

The tributes won’t stop there either. Many of us who work for and are passionate about the BC Lions Football Club will simply know him as a CFL guy. And he always will be. But he was also a great Canadian. Just look at his history of philanthropy and all the contributions he has made to various organizations over the years. This writer never truly grasped his impact in his hometown until making my first trip with the team to Hamilton and seeing his name on the David Braley Athletic Centre on McMaster’s campus. Rest In Peace, Mr. B.