Lions Launch Heart Of A Lion Award, presented by Amacon

Lions Launch Heart Of A Lion Award, presented by Amacon

The BC Lions Football Club is proud to launch a program recognizing British Columbians whose leadership, heart and drive have a positive impact on our province.

The Heart of A Lion Award, presented by Amacon, celebrates these local heroes. 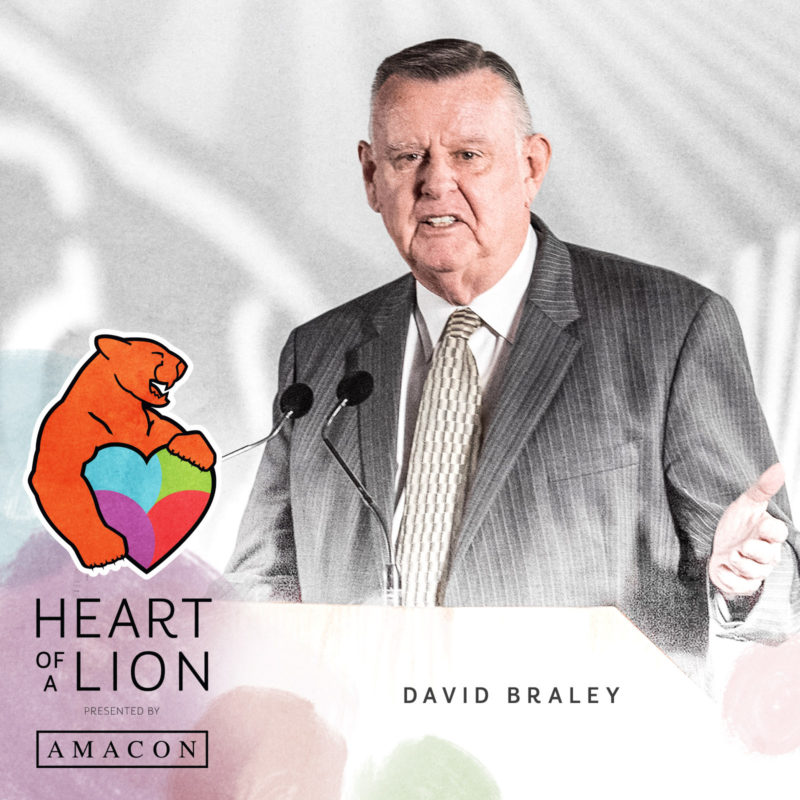 Our first honoured recipient epitomizes what it means to have the “Heart of a Lion.” The late David Braley took ownership of the BC Lions prior to 1997 and would oversee one of the most successful turnarounds in CFL history, both on the field and off.

Along with three Grey Cup wins, the franchise became a major pillar in communities across the province, with BC Lions players regularly visiting 150 schools per year prior to 2020.

Braley was also a champion in the world of philanthropy, donating over $125 million to various organizations over the years. In his honour, the Lions will not only aim to become champions once again, but also carry on his legacy of leadership and ambassadorship in our communities.

Fans can nominate someone they feel possesses the “Heart of a Lion” by clicking HERE.

Nominations are open to any individual, group or organization that embodies the virtues of a BC Lion. Someone who has shown leadership, perseverance, community stewardship and deserves to be recognized by fellow British Columbians for their contributions.