A CFL and BC Lions lifer at heart, Neil McEvoy would admit he’s experiencing a little bit of FOMO (Fear of Missing Out for those unfamiliar with the acronym) right now.

The Lions Director of Football Operations would normally be planning for the Western Final- and with that, getting a head start on the club’s Grey Cup logistics- or getting a kick start on the offseason. We’re optimistic by nature so we’ll say the Grey Cup dream would still be alive. But with 2020 being what it has become, all of the normal football activity is on hold. On episode 40 of 1st and Now, McEvoy spoke about a variety of topics including the annual Grey Cup traditions he loves so much. He lives for it, even when the Lions aren’t in the big game.

“In the old days before 2020 we used to have parties,” explained McEvoy.

“The worst part about being in the Grey Cup championship is that you weren’t able to host your Grey Cup party and have a good time with your friends. Being at the party is also cool, too.”

He first joined the club as a ticket sales rep. in 1996 and later handled the club’s media relations before making the move to football ops. The first Grey Cup championship he was part of came in 2000 when Damon Allen and company were the first team in CFL history to win it all despite a losing record in the regular season. After a to the Argonauts in 2004, McEvoy earned rings in 2006 and 2011. The first victory he was a part of will always remain near and dear to his heart.

“That whole season was a whirlwind,” recalls McEvoy.

“I know we were only 8-10 but I remember in 1999 I thought we had a really good football team and we actually lost to the Calgary Stampeders in the Western Final. That 1999 game was my first game with the Lions that was really a big deal. I remember it being a lot more intense than I remember any other game previous to that. We thought we had a pretty good football team and could have actually won that 1999 game. We just kept on giving the ball back to Calgary. Football is a game of yards and we kept on punting ten yards back. Two and out, punting ten yards back. It was a game of possessions and they just finally beat us.” 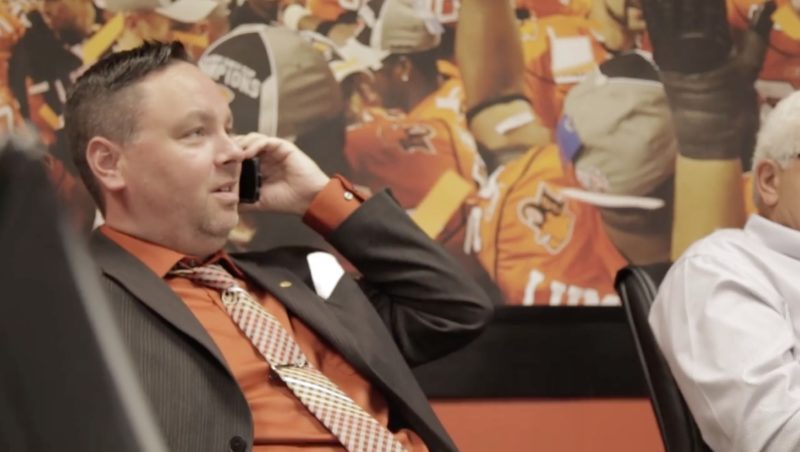 He pointed to the coaching change a year later when Steve Burrato replaced Greg Mohns as a major catalyst to the turnaround and championship ending. Yet it’s interesting he speaks so vividly about the 1999 heartbreak. Sometimes you need to lose a big game in order to really appreciate the joy of winning it all the next year. Fans are encouraged to visit the BC Lions Virtual Den Facebook Page on Saturday, November 21st for a reunion with members of that 2000 Grey Cup squad.

As the work continues for next season, McEvoy can use the opportunity to be in next year’s Grey Cup in Hamilton as his prime motivation. After the departure of GM Ed Hervey, McEvoy and head coach Rick Campbell are leading the charge when it comes to putting the best possible team on the field in 2021. A big piece to that puzzle will be the 2021 CFL Draft. Last week, the league announced it would be a random draw for the order of picks in the first round.

And then it gets interesting. It will be a ‘snake’ draft format, meaning whoever picks first overall would not pick again until the last selection of round two. On the flip side, the team picking ninth would have the top selection in round two. Fantasy Football owners know all about that. McEvoy admitted picking last in round one and then going right back on the clock might be a better spot to be in. No matter what the order, he’s confident they’ll be ready to add to their crop of young Canadian talent.

“Luckily for us, we have a great guy in Ontario by the name of Rob Ralph (Director of Canadian Scouting) who is an amazing talent evaluator and is one of the best when it comes to three-down football,” said McEvoy.

Who can forget the excitement of 2020? After trading up to number one for East Carolina linebacker Jordan Williams, they nabbed Canadian quarterback Nathan Rourke in round two while also adding to their depth on the offensive line. 2021 training camp will feature two rookie draft classes. All the more reason to get excited about a return to play.

But first, we will get nostalgic about Grey Cup history. Be sure to stay tuned to bclions.com throughout next week for all of our Grey Cup memories.