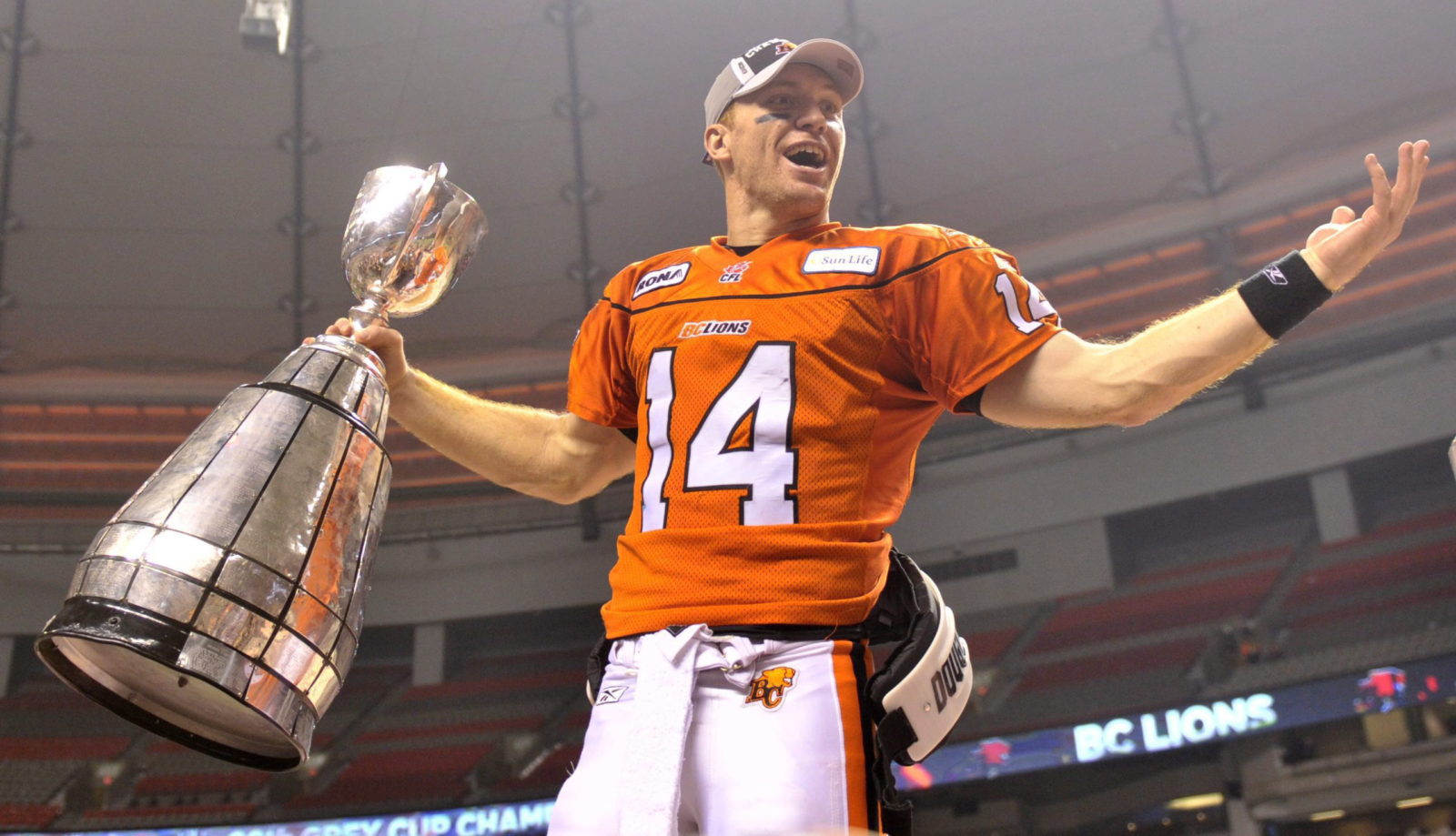 So, what would happen if you could watch a game between the 2011 Lions and the 1981 Edmonton Football Team? Some would probably say the Green and Gold may have the upper hand, and with good reason.

After all, they were in the midst of winning five straight Grey Cups with Warren Moon at the helm and Hugh Campbell patrolling the sidelines. But Travis Lulay, Geroy Simon and company might have something to say about that. And hey, a defence that included Brent Johnson, Solomon Elimimian and a punishing secondary with the likes of Dante Marsh, Korey Banks and Ryan Phillips could make life difficult for Moon and Edmonton. Just think of the Seattle Seahawks’ Legion of Boom against Peyton Manning and a Broncos offence that set all sorts of records. It wasn’t pretty for Denver. We like that comparison.

As part of Grey Cup Unite celebrations, TSN has unveiled a cool initiative that will be decided on their Saturday national show. Who is the Greatest Grey Cup Champion of all-time? The 2011 Lions are slotted in as the eighth and final seed, meaning a daunting matchup with that 1981 Edmonton team is what stares them in the face. The complete bracket first-round bracket was as follows: 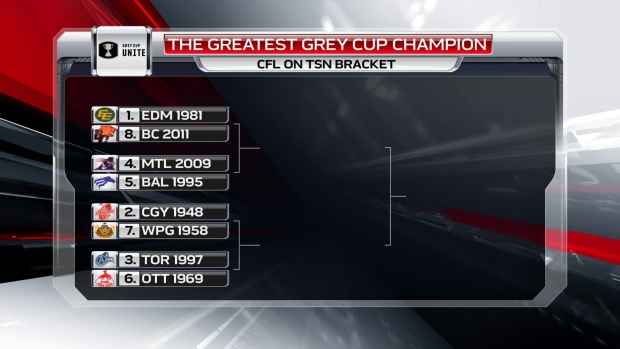 The TSN panel experts ultimately went with Edmonton in this matchup, and you could certainly understand why. That team was part of the greatest dynasty this league ever produced, and winning five straight Grey Cups is something that will likely never happen again. Heck, it’s been a decade since a team won two in a row, that being the Montreal Alouettes of 2009 and 2010.

We figured the Lions would have one entry in the tournament. Some might be surprised that the 2011 champions got the nod over a 2006 team that was by far the CFL’s best that year. You could even argue the 1994 squad deserved some recognition considering they took down a stacked Baltimore squad that didn’t need to follow the ratio rules. Fans from another era might also vouch for Roy Dewalt, Swervyn Mervyn and the 1985 champions. But as TSN’s Farhan Lalji explained, regular season records need to be thrown out the window.

“The Lions’ 0-5 start almost diminishes just how dominant this team was,” Lalji explained.

“There’s a feeling out there that this was simply a run. It was much more than that. It was pure domination.”

You can’t argue with those claims. Other players we haven’t mentioned include Andrew Harris who enjoyed his personal coming-out party in that Grey Cup win over the Blue Bombers, rushing for 65 yards on ten carries and scoring the game’s first touchdown. He was named the game’s Most Valuable Canadian for his efforts. The offensive line included a solid mixture of youth and experience.

Jovan Olafioye would earn the first of six consecutive CFL All-Star nods that season. The turnaround in itself was remarkable. After a 1-6 start, they rallied to win 12 of 13 contests, including convincing wins in the Western Final against Edmonton and that 99th Grey Cup against the Blue Bombers. The 2011 Lions also had a remarkable nine players named CFL All-Stars, while Travis Lulay was the CFL’s Most Outstanding Player in his first full season as Lions starting quarterback. The ageless Paul McCallum also took home the CFL Most Outstanding Special Teams Player.

The 1981 Edmonton squad was probably the best of the bunch that won those five straight titles. They finished 14-1-1 in the regular season but needed a bit of a wake-up call in the Grey Cup after falling 20-1 to the Ottawa Rough Riders at halftime. But hey, they did what championship teams do. Come up big when it mattered the most.

So who wins the matchup? As we mentioned, Edmonton moved on to the Semi-Final and a tilt with the 1995 Baltimore Stallions. You can vote in our poll above. Yes, we’re biased. But we think in a live- game situation, the 2011 Lions are that classic eighth-seed that no number one wants to see in round one. I would envision Johnson sacking Moon inside the Lions’ five-yard line with no time on the clock to seal a 36-32 Lions win. Simon makes up for never scoring a Grey Cup touchdown in Lion colours by hauling in two from Lulay and earning MVP honours after recording seven receptions for 103 yards.

Be sure to tune into TSN.ca throughout this week to see who emerges as the Greatest Grey Cup champ of all-time.