Another Look At The Impressive 2020 Lions Draft Class 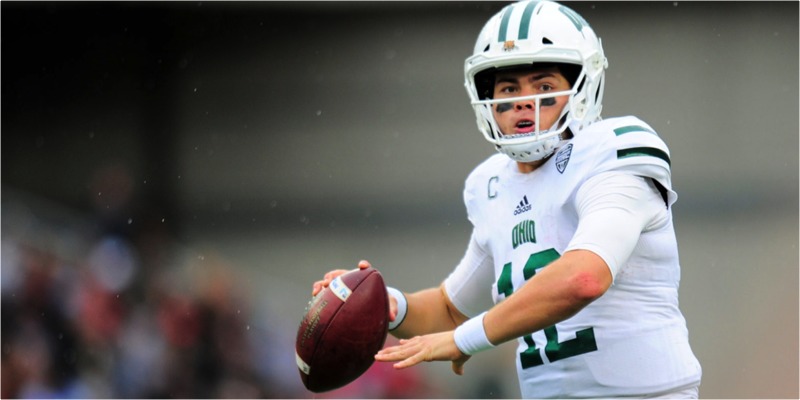 Another Look At The Impressive 2020 Lions Draft Class

There will be many intriguing storylines to chew on when we’re finally back on the field for 2021 training camp. Of course, we say that with a cautious level of optimism. But at the top of that list for yours truly will be the fact we will get to live look at both the rookie draft class from 2020 and 2021.

With last week’s live draw on TSN Grey Cup Unite that revealed the order of picks for the 2021 CFL Draft next April, we now know the Lions will pick fourth overall in round one and then 15th overall in round two. The ‘Snake Format’, AKA a fantasy-style reverse draft means that barring trades, we will essentially pick in the middle of each round. That’s a pretty good spot to be in for head coach Rick Campbell who spoke about the format during last week’s BC Lions Virtual Town Hall.

The fact most eligible prospects, including all of those from Canadian schools, will not have played at all in 2020, that just throws another wrench into the process. At any rate, Campbell is excited for this chapter of planning a roster for 2021.

“We have our personnel groups work on it and Rob Ralph heads that with our Canadian draft. He’s been doing a lot of work on that and it’s going to be big this year because a lot of thee guys aren’t going to have any game film. You’re going to have to rely on past game film and making sure they’re in shape, ready to go and all that.”

As for Campbell’s first draft with the BC Lions this past spring, it seems like a lifetime ago when you consider everything that has happened since. We now take a look back at what was an exciting crop of players added to the Lions’ Canadian stable.

After setting off early draft night fireworks by making a big trade with Calgary, the Lions landed the number one overall selection and highly-coveted linebacker Jordan Williams out of East Carolina. Ironically, he wasn’t made aware of his Canadian eligibility until attending a free agent camp with the Ottawa REDBLACKS in 2019. Funny how things can work out.

“I knew (him) briefly from Ottawa. That’s kind of a long story,” said Campbell.

“(He’s) a new guy to this league that can do some good things.”

Williams qualifies as a nation due to the fact his mother was born in Canada. After electing to go the CFL Draft route, he attended last year’s Ontario Combine and posted the top 40-yard dash time of 4.48, the exact same time he had at the 2018 NFL Combine. In four years and 45 games at East Carolina, Williams recorded 252 total tackles, including 23 for a loss, two forced fumbles, one fumble recovery and an interception.

The Lions look to have quite the raw talent, and of course some ratio flexibility, at the linebacker position. 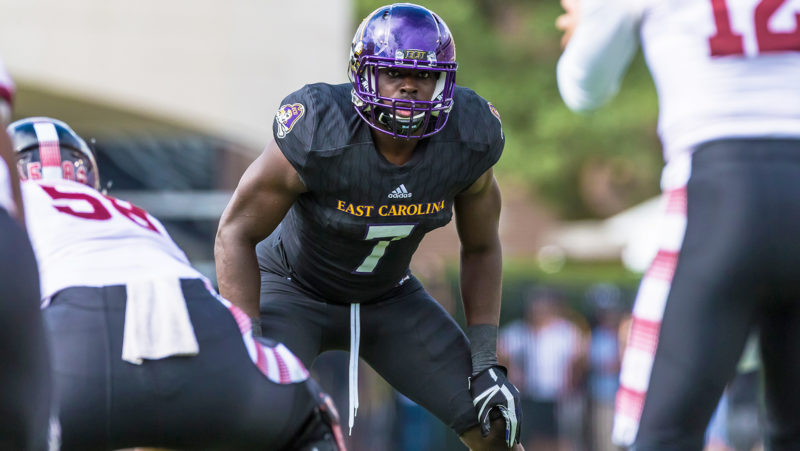 There’s no dispute here. This is still Mike Reilly’s team. But offensive coordinator Jordan Maksymic will surely be devoting a portion of his 2021 playbook to finding some packages for Rourke, who rushed for a remarkable 2,639 yards and 49 touchdowns in three seasons at Ohio University. His skillset will no doubt give Campbell and the Lions some options.

The Victoria-born pivot capped off his stellar college career by earning MVP honours in the Bobcats’ Famous Idaho Potato Bowl win over Nevada in 2019. He passed for a total 7,475 yards and 70 touchdowns with the Bobcats.

Round three is where the beef started to come in. At 6’6 and 275 pounds, the native of Corvallis, Oregon should compete hard for a spot.

Court’s best season at Western Oregon came as junior in 2018 where he started seven games and recorded 19 total tackles and four sacks. He was named a second-team All-GNAC player for his efforts.

Hammond was born in raised in Corvallis but qualifies as a National with parents who are dual citizens. During a trip up here to face SFU in 2019, he and his teammates took in a Lions regular season game against Calgary. Funny how it all comes full circle. 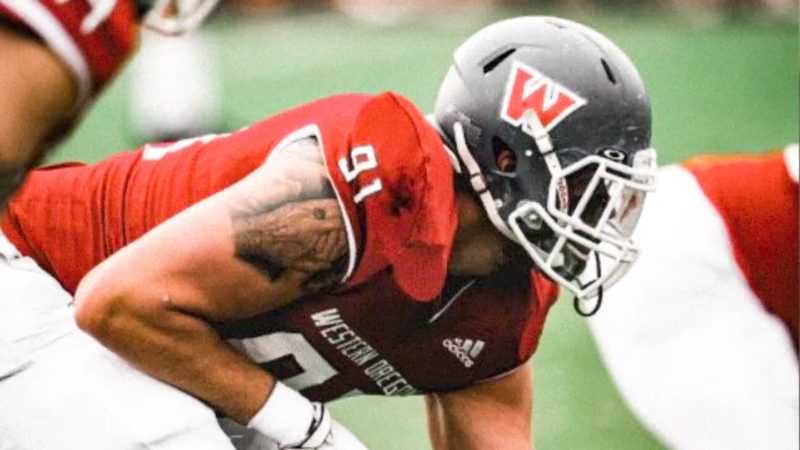 If you don’t come out of a CFL Draft with at least one offensive line prospect, you’re probably using the wrong formula. Guevremont will add to the Lions’ impressive Canadian depth at the position. The Ottawa native bounced around a few college programs but stood out in 2018 at Malone University in Canton, Ohio, starting all ten games at right tackle.

He also earned a G-Mac All-Conference Second-Team nomination. Guevremont then moved to Indiana of Pennsylvania for his senior season and suited up in all 11 games.

“All the way through our draft this year, we made a point of making sure we were big and athletic,” said Campbell.

The first U-SPorts player drafted by the Lions in 2020, Hastings enjoyed four solid years at Acadia, hauling in 121 passes for 2,047 yards and 17 touchdowns. He was named an AUS All-Star in each of his final three seasons with the Axemen while also leading the conference in receiving yards in 2018 and 2019.

Football also isn’t his only game. Cordell was drafted by the National Lacrosse League’s Calgary Roughnecks in 2019 before attending training camp. His plan was to play in 2020 before COVID wiped out the entire NLL season. Just watch a few of his highlights and you’ll quickly find out he is indeed an athlete.

Johnson attended the University of Saskatchewan for one year before transferring to York University and putting up impressive numbers from 2016-19. Along with rushing for 1,182 yards on 241 carries, Johnson added 34 receptions for 290 yards.

Another multi-sport athlete, Johnson won the Gold Medal in 60-meter hurdles at the OUA Championships in 2018 while also being named York’s Male Athlete of the Year.

A teammate of Johnson’s at York, the athletic linebacker racked up 99 total tackles, 9 of those coming for a loss, 2.5 sacks and four forced fumbles in 29 games. His best year with the Lions came as a junior where he had 39.5 total tackles and forced those four fumbles. Like many skill position players added in the draft, Jamieson will also have the opportunity to prove his worth on special teams.

“You need some young guys to come in and cover kicks and do all those things. I’m pretty excited about that,” added Campbell.

So what will the draft class of 2021 bring? As Campbell and the Lions aim to compete for a Grey Cup, the quality of young Canadian content on the roster will be as important as it ever was. Just one exciting chapter as we now enter into a regular offseason. And we all know just how much we can use some good storylines right now.