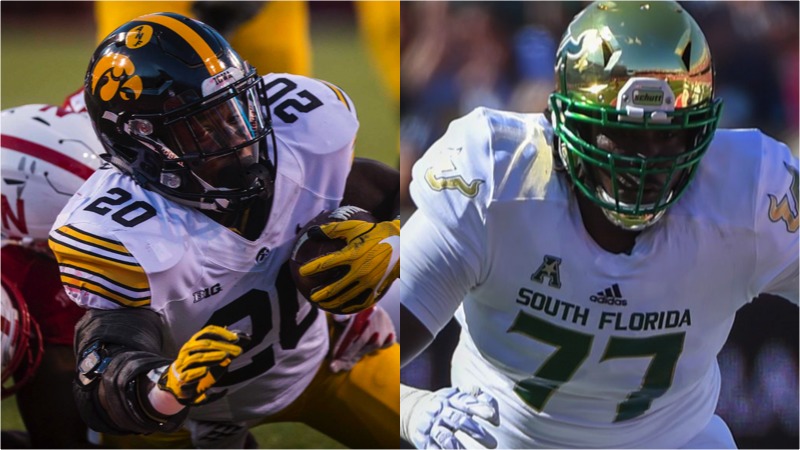 The BC Lions Football Club on Thursday added RB James Butler (A) and OL Marcus Norman (A) to the 2021 roster.

Butler (5’9, 210 lbs)- Attended 2019 training camp with the Saskatchewan Roughriders before re-joining the Oakland Raiders practice squad. Originally signed with the Raiders as a non-drafted free agent in 2018 and suited up in pre-season that year. James played three seasons with the University of Nevada and rushed for a total of 3,316 yards and 27 touchdowns. He was Nevada’s Offensive Player of the Year in 2016 and would transfer to Iowa for his senior year.

Norman (6’6, 315 lbs)- Enjoyed a very productive four years (2016-19) with the University of South Florida, starting 45 of his 50 games at the right tackle position. During that span, three Bulls running backs had seasons of over 1,000 yards including Marlon Mack in 2016. Norman was also nominated for the Outland Trophy, awarded annually to the top college interior lineman in the United States.