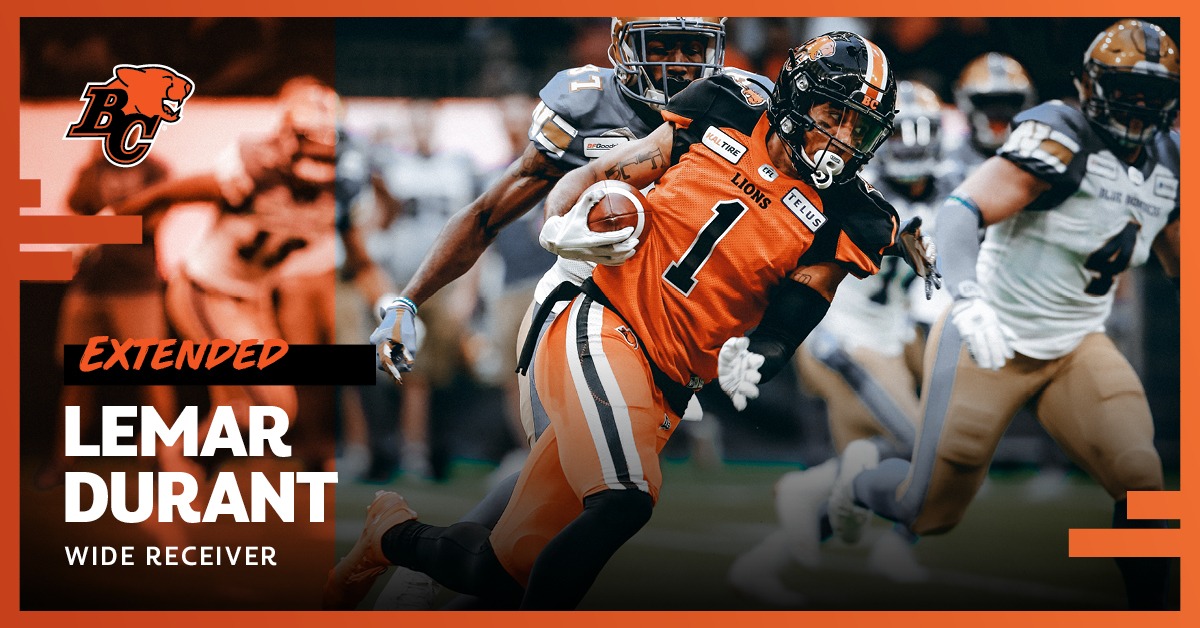 The BC Lions Football Club has signed WR Lemar Durant (N) to a one-year extension that will keep the Coquitlam native in orange and black through the 2022 season. Durant was eligible to become a free agent after 2021.

“I’m excited to be staying in my hometown with this group that’s being assembled by Neil McEvoy and Coach Campbell,” Durant said.

“With Mike Reilly also locked up, plus the other offensive weapons that are already in place, I can’t wait to return to the field and help this squad get to the next level.”

The former Centennial High School and SFU standout enjoyed a career year with the Lions in 2019, hauling in 57 receptions for 810 yards and five touchdowns.

Durant, 28, was selected in round two (18th overall) by Calgary in the 2015 CFL Draft. In 51 games over four seasons with the Stampeders, Durant recorded 102 catches for 1,280 yards and eight touchdowns.

He was also named Most Valuable Canadian of the 2018 Grey Cup with 52 yards from scrimmage and a touchdown reception in Calgary’s 27-16 win over Ottawa.

Durant transferred to Simon Fraser after one year at Nevada and was named a GNAC All-Star in both 2012 and 2014. His 93 receptions in 2012 tied a single-season conference record.