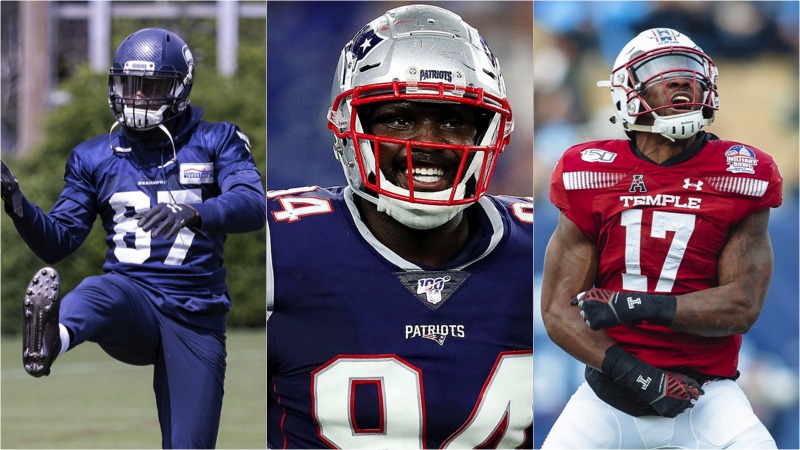 The BC Lions Football Club has added WR Jazmond Ferguson (A), DL Ufomba Kamalu (A) and DL Dana Levine Jr. (A) to the roster.

Ferguson (6’5, 223 lbs)- Most recently was a member of the Seattle Seahawks after signing as a non-drafted free agent in May 2019. Jazz suited up in all four pre-season games and recorded seven catches for 119 yards and a touchdown. He began his college career at LSU where he appeared in nine games over two seasons before transferring to Northwestern State for his junior and senior years.

Kamalu (6’6, 295 lbs)- The former Miami Hurricanes standout brings plenty of experience to the table, including a stint with the New England Patriots in their Super Bowl-winning season of 2018. Kamalu suited up in two games and recorded one defensive tackle after being activated in week 16 of that season. He originally signed with the Houston Texans as a non-drafted free agent in 2016 and would record his first career NFL sack in a game against Matt Cassel and the Tennessee Titans.

Levine Jr. ( 6’4, 235 lbs)- Enjoyed a productive four-year career at Temple where he racked up 91 total tackles- including 18.5 for a loss-, 11 sacks and four forced fumbles in 39 games. Signed with the New York Giants as a non-drafted free agent in April of this year before being released in August.