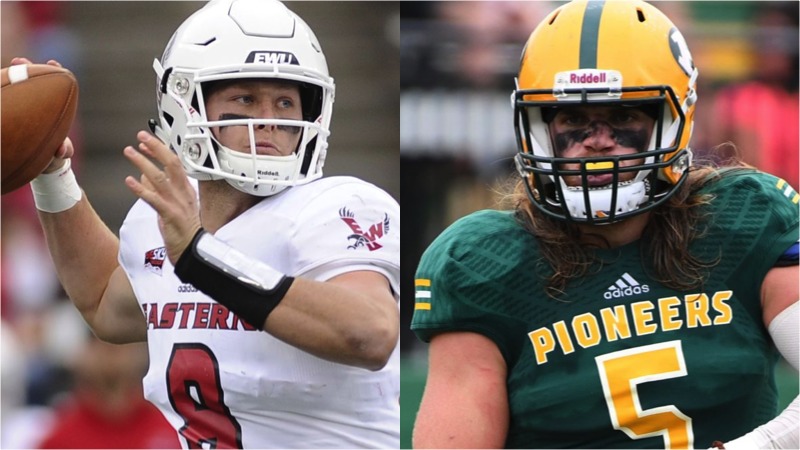 The BC Lions Football Club has added QB Gage Gubrud (A) and LB Jake Carlock to the 2021 roster.

Gubrud (6’2, 204 lbs, pronounced goo-brood)- Set multiple career and single-season records in four years at Eastern Washington. Gubrud completed 753 passes for 9,984 yards- including a Football Championship Subdivision (FCS) single-season record 5,160 yards in 2016-, and 87 touchdowns in 32 contests. Shared Big Sky Conference MVP with teammate Cooper Kupp in 2016 and was also a two-time nominee for the Walter Payton Award given annually to the top offensive player in FCS. He transferred to Washington State University in 2019 and appeared in two contests.

Carlock (6’2, 238 lbs)- Attended 2019 training camp with the New York Giants where he returned an interception for a touchdown in pre-season action against the New York Jets.  He was later assigned to the Giants practice squad until his release in October of that year. Carlock transferred from Stony Brook University to Long Island for his final two years of college. He led the Pioneers in combined tackles in both of his seasons while also recording six interceptions and four sacks in 21 games.