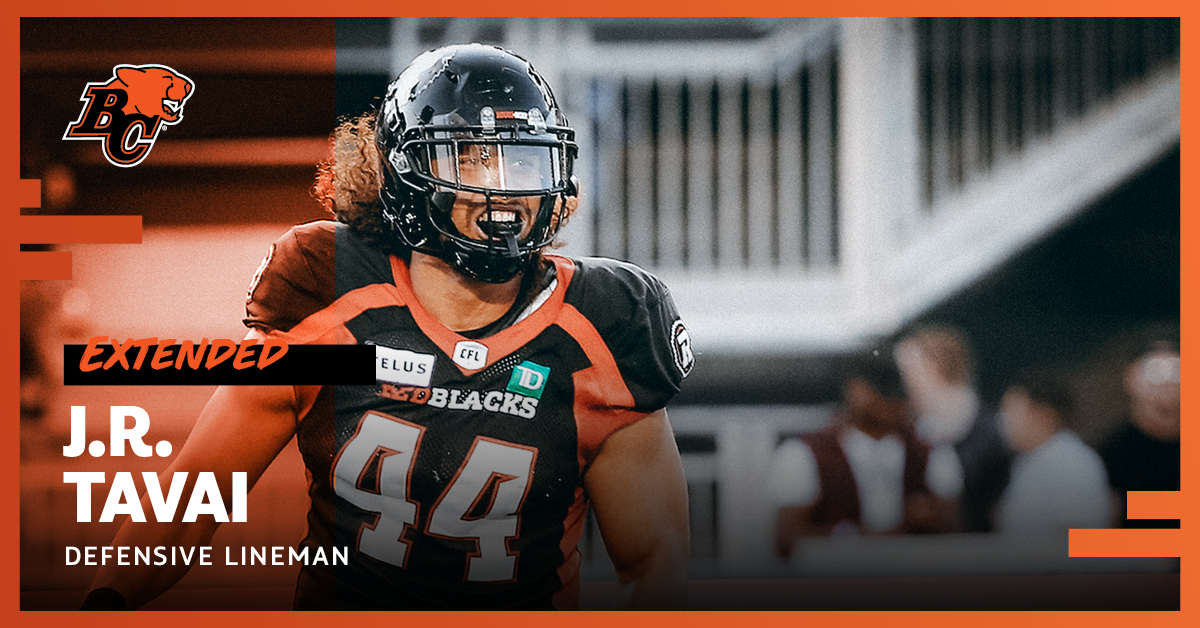 The BC Lions Football Club has re-signed DL J.R. Tavai (A) for the 2021 season. Tavai was eligible to become a free agent in February.

“I can’t wait to play with the Lions and I’m really excited to reunite with both Rick Campbell and our defensive line coach Leroy Blugh,” said Tavai from his home in Redondo Beach, California.

“Looking at the depth chart, we are building a solid group of defensive linemen that will help us compete for a Grey Cup.”

Tavai (6’2, 269 lbs)- Enters his third CFL season and first with the Lions after originally joining the squad as a free agent in February 2020. The native of Inglewood, California previously suited up in 22 games over two seasons with the Ottawa REDBLACKS and recorded a team-high seven sacks in 2019 to go along with 49 defensive tackles and three forced fumbles.

Tavai moved north after spending parts of 2015 and 2016 on the Tennessee Titans practice squad. He was a member of the USC Trojans from 2011-14 and registered 130 total tackles and 10.5 sacks in his NCAA career. Tavai was also named a Pac-12 honourable mention in 2013.