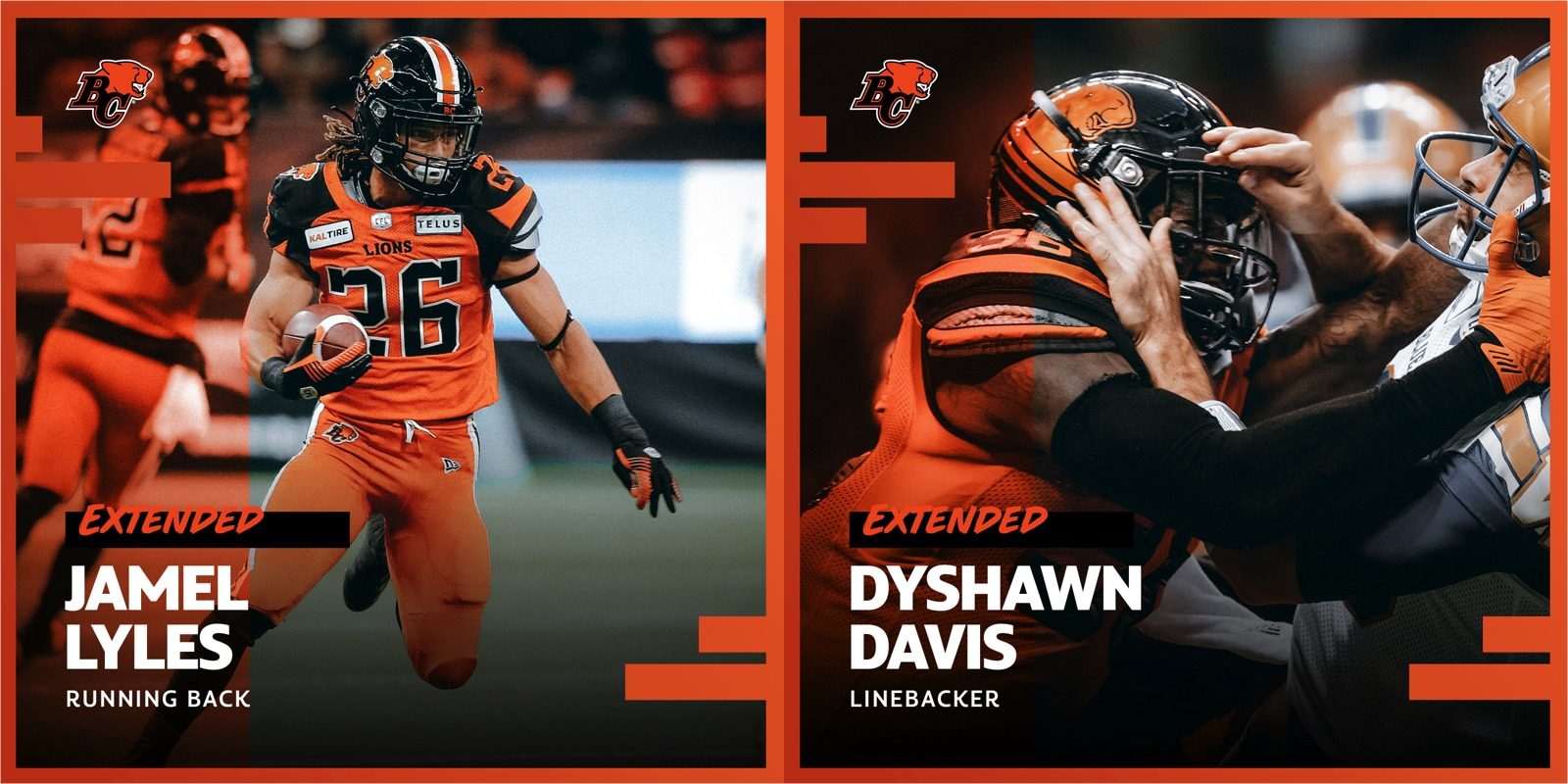 (Vancouver)- The BC Lions Football Club announced on Friday that RB Jamel Lyles (N) and LB Dyshawn Davis (A) have re-signed with the team. Both were eligible to become a free agent in February.

Lyles (6’0”, 210 lbs) – Selected in round eight of the 2019 CFL Draft, the Surrey native saw his hard work and determination pay off when he was promoted to the active roster for the Lions’ 12th game of that 2019 season. 62 of Lyles’ 86 rushing yards came in his debut against Ottawa, while he also contributed with six kick returns for 114 yards in seven total appearances. His university career at Manitoba included Canada West Rookie of the Year honours in 2015.

Davis (6’2”, 230 lbs)- Returned to the Lions as a free agent last year after suiting up in 35 games over two seasons with the Saskatchewan Roughriders. He enjoyed a career year in 2018 with 13 defensive tackles plus 22 stops and a forced fumble on special teams.

The Camden, New Jersey native first joined the Lions in 2016 training camp and would suit up in five games over the next two seasons.

Prior to moving north, Davis enjoyed a productive four-year college career at Syracuse (2011-14), where he was a dominant force in his senior year with 53 solo tackles and a remarkable 37.5 of those going for a loss. He then signed with the Washington Football Team in 2015 as a non-drafted free agent and would appear in three pre-season games.