Lions Bring Back Plu, Lock Up Scarfone And Hastings 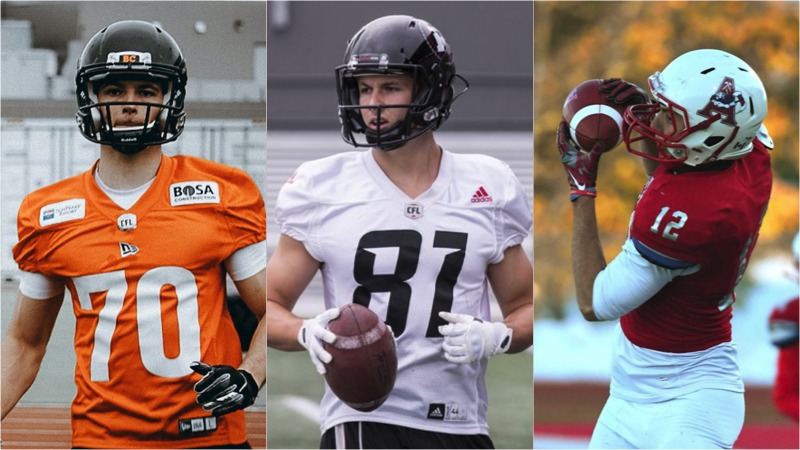 Lions Bring Back Plu, Lock Up Scarfone And Hastings

Plu (6’3”, 190 lbs)- Returns for a second season with the Lions after he was promoted to the active roster for the club’s final four regular season games in 2019. The native of Le Mans, France was one of a handful of Global players selected to participate in the 2019 CFL National Combine.

Following his strong showing in Toronto, the Lions selected Plu seventh overall in that year’s inaugural European Draft. The 26-year-old spent 2018 with the Thonon-leis-Bains Black Panthers of LEFA where he caught 22 passes for 450 yards and seven touchdowns in four games.

Plu got his first taste of the Canadian game in 2016 at McGill, hauling in five catches for 75 yards and a touchdown in six games.

Scarfone (6’1”, 204 lbs), pronounced scar-PHONE)- The London, Ontario native joins the Lions after suiting up in 11 contests over the previous two seasons with the Ottawa REDBLACKS, recording three catches for 17 yards.

A sixth-round selection (47th overall) of the Hamilton Tiger-Cats in 2017, Scarfone played four seasons for the University of Guelph and set a Gryphons single-season record 940 receiving yards in 2015.

Hastings’ most productive collegiate season came as a sophomore where he recorded 36 receptions for 603 yards and eight majors. He was named an Atlantic University Sport (AUS) all-star in each of his final three seasons while also leading the conference in yards per catch in 2018 and 2019.

The multi-sport athlete was also a 2019 draft pick of the National Lacrosse League’s Calgary Roughnecks and attended training camp with the club that season.