“He Was Relentless In His Efforts” | The Emery Barnes Story 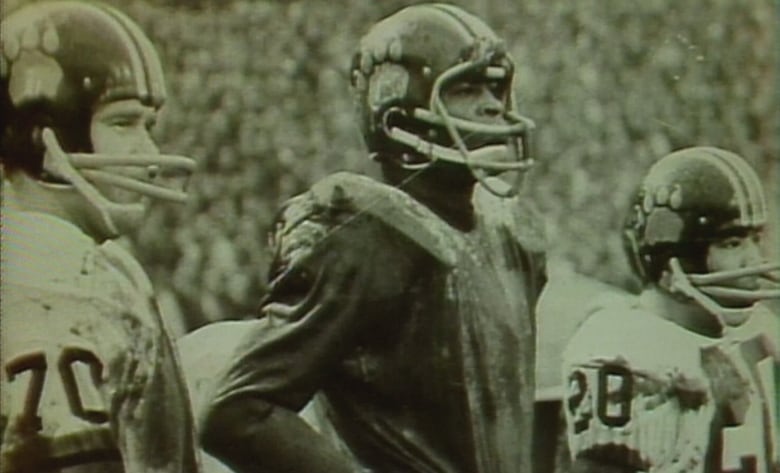 “He Was Relentless In His Efforts” | The Emery Barnes Story

“Dreams of hope can come true if you keep a clear vision of where you’re going. Think positively and believe in yourself.”

The quote from Emery Barnes can be found on a plaque that’s mounted front and centre at the downtown Vancouver park that bears his name. As you will learn throughout this piece honouring the former Lions defensive end turned politician, Barnes was truly a believer in helping those less fortunate achieve those dreams. As the football club continues to honour Black History Month, the legacy of Barnes is definitely one worth celebrating.

His athletic resume is impressive in itself. The Lousiana-born and Oregon-raised Barnes was an alternate high jumper on the United States track team that competed at the 1952 Summer Olympics in Helsinki. It was also at the University of Oregon where he starred in football, drawing the attention of the Green Bay Packers who selected Barnes in round ten of the 1957 NFL Draft.

But like many of his black peers, Barnes’ skin colour was likely a reason he wasn’t drafted in the earlier rounds. Barnes would suit up in just two NFL contests before moving north and eventually joining the Lions from 1962-64. Although an injury prevented him from suiting up in the Grey Cup, Barnes was a member of the Lions first championship squad in his final season of pro football.

BCLions.com spoke with one of Emery’s daughters Beverli for more of an inside look at how her father overcame a lot of his early life struggles and used it as motivation to make a difference as a social worker and politician from when he retired to his death from cancer in 1998. Beverli attributed lots of the stories about her Dad’s experience with racism to his best friend Ben Johnson whom he knew in Oregon.

“They made fun of him because of his big lips and how he was so black. When you’re competing it was one thing but off the field, it’s awful,” said Beverli from her North Vancouver home.

“Another thing Ben said was that Dad was very insular and didn’t really fight back. He internalized a lot. One of the things he would do is take it out on his workouts. He would work out harder than anyone else, run more laps, do more training and I think it really helped him become the phenomenal athlete that he was. He really channeled that energy. It could have gone the other way.”

Before we go on and talk about the impact Barnes made after his career, it’s important to know where the path really began. Born in a small Louisiana town just across the river from New Orleans, Emery’s single mother moved him and his sister out of the segregated south to Oregon in search of a better life. He then also dealt with racism when he fell in love with and eventually married his wife LaVerne, a white woman whom he would move with to Canada and have four children with.

“There was racism on both sides of the family. Mom’s father didn’t want her marrying that’ N-word’ and said he’d throw her out of the car at 70 miles per hour if she did,” explained Beverli.

“Dad’s mother was the same toward my mom saying ‘I’m never going to love you or any of your children because they’re white. They finally found someone to marry them. He and mom, when they came to Canada, it was to predominantly to escape racism.” 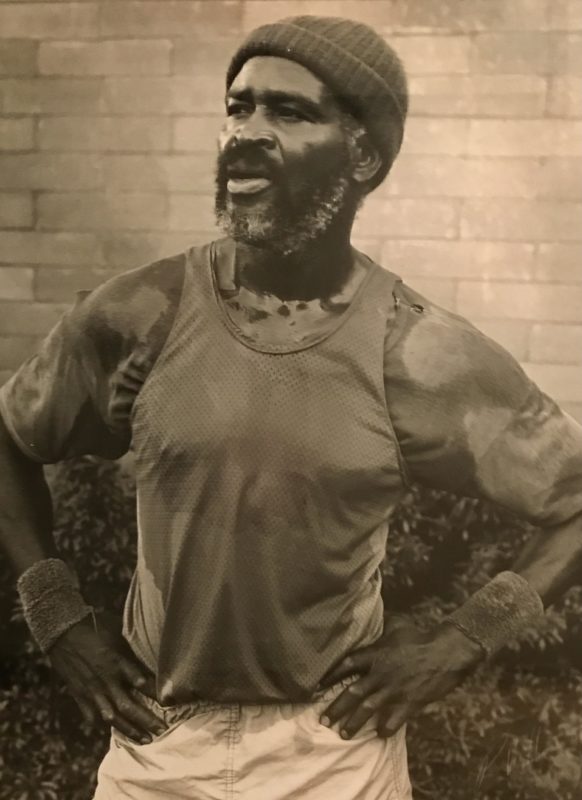 Upon hanging up the cleats and deciding to settle in the lower mainland, Barnes became a social worker. This was in addition to his role in raising a family with his wife LaVerne and four children. In addition to Beverli there are daughters Constance- also a politician who has run for the provincial NDP, Deborah and son Craig.

It quickly became his mission to help clean up the homelessness and addiction issues on the Downtown Eastside that really motivated his cause.

“He was really in the street a lot. Downtown Eastside, Gastown, trying to help people get off the street,” said Beverli.

“He was relentless in his efforts to try and help people get off drugs and alcohol. Back in the day, people were so desperate to get high. He’d be down there trying to clean it up.”

Barnes was first elected to the British Columbia Legislature in 1972 and would then would be re-elected four consecutive times as a member of the province’s New Democratic Party. In 1994, he became the first black person in any Canadian province to be chosen as Speaker of the Legislature. One year after that, he was named appointed to the Order of British Columbia.

“Even though he made it to Victoria and became Speaker, he was still very passionate about helping those who were less fortunate,” his daughter noted. 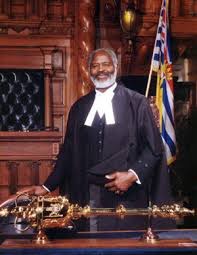 Fighting Back For His Community

We mentioned earlier how he didn’t fight back much at all the racism. After football, Barnes saved that for his constituents. In between all of his political achievements,  Barnes made a point of maintaining his presence on the front lines to fight for the rights of the citizens he represented. The best example was in 1986 when Barnes chose to live on a welfare cheque to see what those folks were going through while he campaigned for the increase in their $350 monthly allowance.

“He thought the only way he was going to prove this and to get the monthly allowance raised was to actually do it himself. I know a lot of politicians wouldn’t even think doing it, a lot of people, in general, wouldn’t put themselves in that position,” said Beverli Barnes.

A bold initiative that also took a mental and physical toll on her father.

“It’s easy to talk about something but unless you’re in the trenches you don’t know what it feels like. It was pretty rough watching him do that. He lost 40 pounds, got really sick and I think even got pneumonia. He was really dedicated to that social experiment and I think it raised a lot of awareness.”

Legacy Will Forever Live On

Emery Barnes died of cancer in 1998, five months shy of his 69th birthday. His football career might not be what he’ll best be remembered for. But as Beverli stated, Emery Barnes used his status as a pro athlete and the fact he settled down in Canada for a better life as a springboard to help others achieve the same happiness and quality of living.

“People get into it (politics) for the wrong reason. I think Dad took advantage of his world-class fame of being an athlete because people always looked up to him. Politics was the icing on the cake. He already had the attention and could take advantage of his physical stature but also his passion to help people. He was a very strong advocate for living a healthy lifestyle and being fit. Dad continued to run even when he got diagnosed with cancer.”

The running bit alone just speaks to his work ethic and determination to make things right.