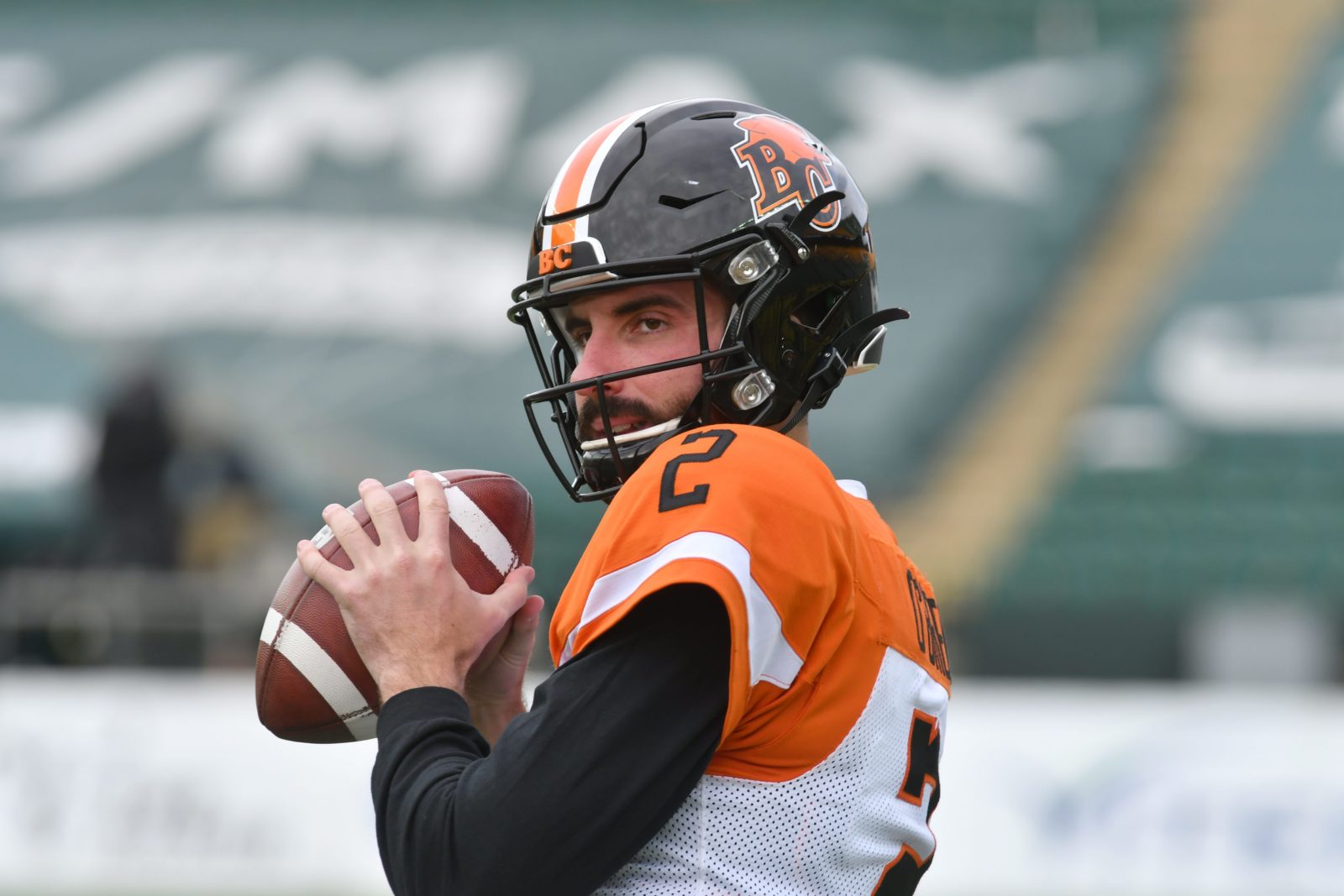 British Columbia Lions player #2 (QB) Danny O'Brien is seen warming up out on the field before the 1st quarter of CFL game action between the Edmonton Eskimo's and the British Columbia Lions at the Brick Field located at Commonwealth stadium in Edmonton Saturday, October 12, 2019. (CFL PHOTO - Walter Tychnowicz)

The BC Lions Football Club announced today that running backs coach Danny O’Brien has accepted a position on the staff of Penn State University.

Said Lions co-GM/head coach Rick Campbell: “We congratulate Danny on a big opportunity for a young coach working his way into the profession. We wish him well.”

O’Brien originally joined the Lions staff as an offensive assistant in January 2020 after spending his final season as a quarterback with the squad in 2019.