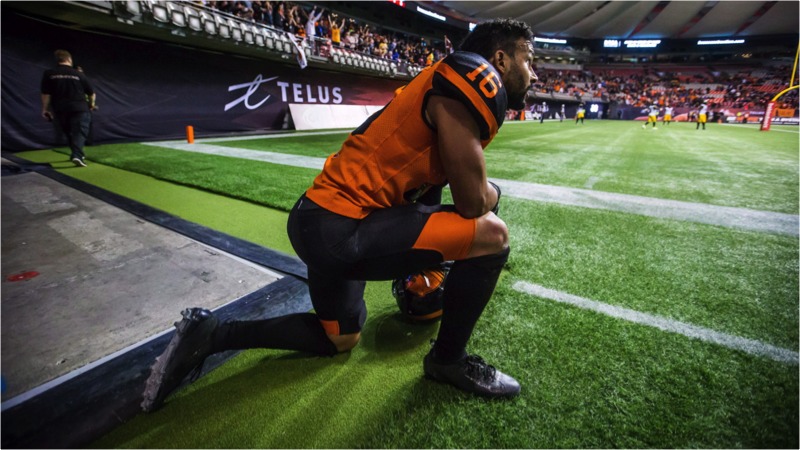 Getting Bryan Burnham back in orange last month was exciting for a variety of reasons. One of those being the game’s most dynamic receiver has some catching up to do. In more ways than one. Yes, we were deprived of his insane, highlight-reel catches in 2020. Cue up the Sportscentre theme because we will see many more of those in 2021 and beyond. And then when you look at the Lions history books, it’s hard not to get excited at where number 16 will end up; not only at the end of 2021 but before all is said and done in his brilliant career. Let’s take a closer look. 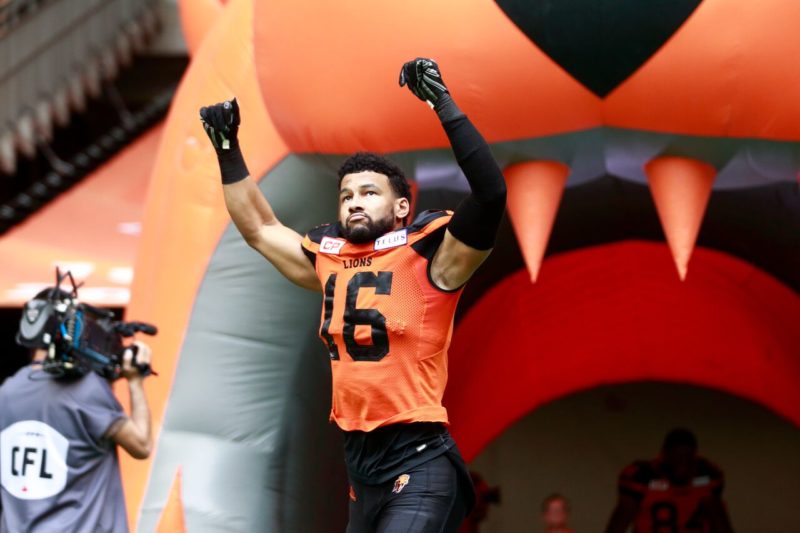 Of course, before we lay it all out we realize a lot might depend on how many games are played this season. But allow us to have some fun and be optimistic. Until we’re told otherwise, we operate under the assumption of a full 18-game menu taking place in 2021.

After four consecutive seasons of eclipsing the 1,000-yard mark, Burnham now sits tenth all-time amongst Lions receivers with 5,651 yards. Yes, we missed a season and Burnham will turn 31 next month, but there is nothing to suggest he is ready to slow down. With another 1,040 yards in 2021, Burnham would all of a sudden leapfrog into the top four all-time in Lions receiving yards. In the process, he would surpass Paris Jackson, Darren Flutie, Jason Clermont, Ray Alexander, Mike Trevathan and ‘Swervyn’ Meryn Fernandez on the club’s all-time receiving yards list. Once he does that, it’s only a matter of time before he enters really exclusive company in Lions history books.

A More In-Depth Look At The History Books

We have established that a full season in 2021 could very well mean Burnham climbs into fourth spot all-time. At that point, he would only trail Geroy Simon (14,756), Jim Young (9,248) and Manny Arceneaux (8,169) on the Lions’ all-time receiving yard list. Lions fans can be happy with the fact that Geroy’s franchise record total plus his all-time league record total of 16,352 yards also does seem out of reach.

As for just how high Burnham climb in the Lions’ history books will be a remarkable thing to track. In 2019, he put up a career-high of 1,492 receiving yards. Similar production for the next two seasons and he would surpass Arceneaux into third amongst all-time Lions. After that, he’s just a shade over 1,000 yards away from reaching Dirty 30’s career total for the second spot. So add it all up and it’s quite simple.

Three more years of the Burnham production we are used to seeing and he would trail only Geroy on the Lions’ all-time list. But at the same time, it’s all about getting back on the field and enjoying a great return in 2021 first and foremost. On the day he signed his new contract, Burnham made reference to the fact a year off means he’s also in great shape, similar to when he first broke in as a rookie.

“It’s kind of crazy, but I miss the everyday aches and pains,” he remarked.

As you can see in the table above, Burnham also has a chance to make a dent in some other career Lions receiving totals. With a career-best 100 receptions in 2019, Burnham is also tenth among all-time Lions with 368. Even if hitting the century mark again in 2021 seems like a tall order, Burnham should be able to reel in Alexander, Fernandez, Flutie, Trevathan, Jackson and Clermont with a full slate of games this season. That puts him into the top four with that exclusive company of Simon, Young and Arceneaux. Are we getting ahead of ourselves? Beyond 2021, maybe. But hey, we’re in the mood of selling positivity these days. And seeing Burnham further entrench himself among all-time great Lions is a storyline we can’t wait to see.