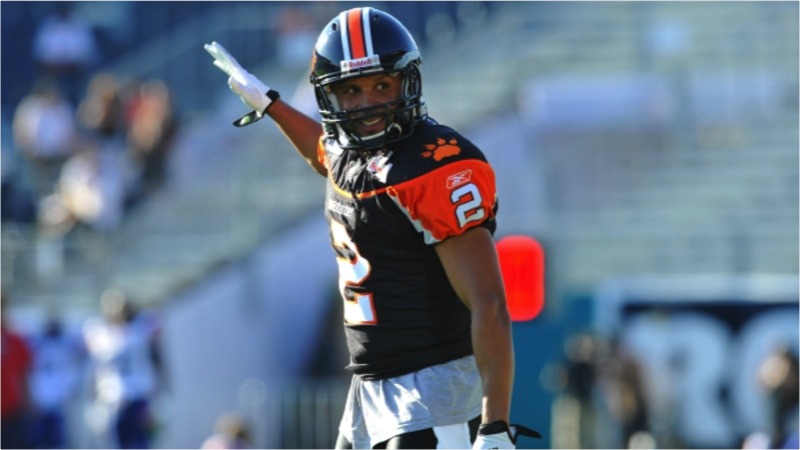 It was the definition of bittersweet for Davis Sanchez. After over a decade of pro football on both sides of the border, the North Delta product had a couple of chances to live out his childhood dream of suiting up for the BC Lions. It finally became a reality for his final two seasons in 2010 and 2011.

The former defensive back turned CFL on TSN star was a guest on our latest episode of 1st and Now, the official BC Lions podcast, presented by iA Financial Group.

“Uncle Wally knows how to run a team and he kept that checkbook tight in his back pocket,” laughed Sanchez on earlier attempts to move back home.

But then an elbow injury, combined with some inconsistent play meant Sanchez had to enjoy the remarkable Grey Cup turnaround from 0-5 from the sidelines. Does he have any regrets? None whatsoever.

Once he dislocated his elbow early in that final season, Sanchez knew the chances of him stepping on the field again were slim. Thankfully, he and Uncle Wally came to a compromise.

“I really sucked those first five games. Wally brought me in and said ‘we need to move in a different direction’. I said, ‘you can’t cut me, Wally. I’m hurt.’ We quietly agreed I would have season-ending surgery and that was the end of my year. A typical class act by Wally, allowing me to leave on my terms instead of cutting me and getting an injury settlement. We were 0-5, I went out of the lineup and we won 11 straight games or something (actually of 11 of 12 before the playoffs).

There is something to be said for yes, I have a Lions Grey Cup ring and I’m proud that I’m from there but I didn’t do a whole lot. I think the best thing I did for that championship team was getting my butt off of the corner and out of the lineup so somebody younger and better could do the job. But it was great to play at home, in front of the fans and it least be a part of that organization.”

Not bad for a guy who once rode his bike to the Lions facility as a kid. 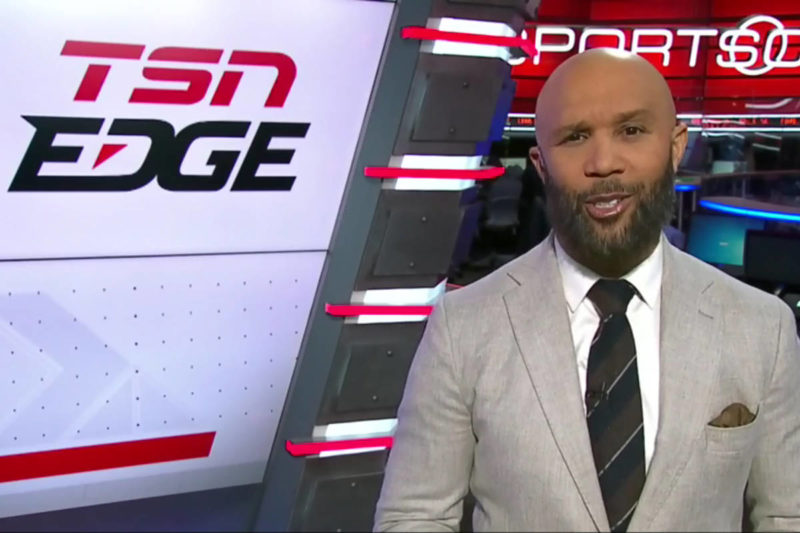 He did start every game in 2010 where some of the building blocks for a championship run were rounding into form on both sides of the ball. Now the three-time Grey Cup champion, he also won with Edmonton in 2005 and Montreal in 2009, has carved a pretty nice niche for himself on TSN.

A member of the CFL panel for the last couple of years, Sanchez was also prominent on the network’s NFL coverage this past season. That extra workload was something he admits he enjoyed, but the return of CFL football in 2021 will give him the most excitement.

“I didn’t realize just how much I love being on the panel, the camaraderie with the guys; you kind of get that team atmosphere. You don’t get that when you’re just solo,” explained Sanchez.

“A lot of the NFL coverage I was by myself with a host. So I really miss Milt, Roddy, Matty and the boys on the panel. Just covering our league, we have a special bond. It’s such a tight-knit group and league. All the smack talk and things going back and forth, I don’t have that with the NFL guys. I realized just how much I do love covering the league and all the interactions because the relationships are close. We all know each other, from east to west across this country, the media markets, the players, we all know each other. It’s a special thing. I did miss that special connection I had with the guys and that goes right from equipment managers right through to players and GMs.”

Download the full episode above to hear more great insight from Sanchez! He talks more about breaking into the media world as the original co-host of the CFL’s Waggle Podcast with James Cybulski plus gives his thoughts on the retirement of Drew Brees. Sanchez was a teammate with Brees with the San Diego Chargers way back in 2001. The quarterback room that year was none other than Brees, Doug Flutie and Dave Dickenson.