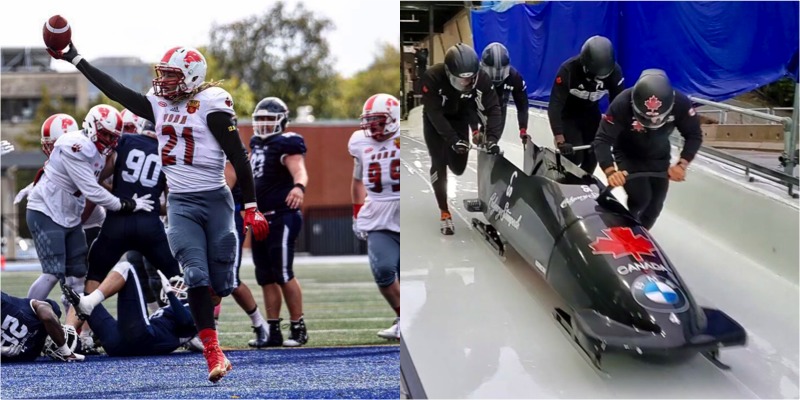 Kayden Johnson, the Lions’ seventh-round draft pick in 2020, is blessed with athletic abilities and he doesn’t let them go to waste either. As he has shown throughout his adolescence and his U Sports career, he’s an elite athlete in various sports. Now, he’s setting the bar high for himself again in preparation for his first long-awaited CFL season. Along with being part of an intriguing group of Lions rookies, people may recognize Johnson as a team member of the Canadian Bobsled program, a track star and a standout running back at York University.

Some who may have played sports against Johnson as a kid, probably knew that he’s versatile in many ways. The York alumnus who majored in Theatre (another great talent) was recently training with the Canadian Bobsleigh team with former Lions running back Shaquille Murray-Lawrence and  Jay Dearborn, a defensive back who played with the Saskatchewan Roughriders in 2019. Still, he has his eyes on the football prize in 2021. Bobsled allows him to be in the best possible shape for his first pro football camp.

“In October, I went to Calgary and did a bunch of physical testing like sprints, power cleans and squats for Bobsled Canada to make the team. From there, I went to the Calgary Ice House and Olympic Park in November to get ready for the season,” Johnson said. 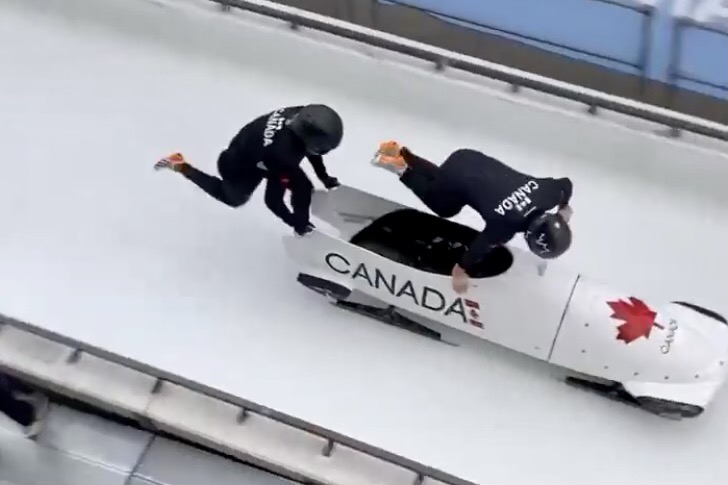 “Then, from the end of November to the beginning of March, I was in Whistler training with the bobsled team and competing. I also learned how to pilot as well for the next Olympics.”

Whenever he had time off from bobsled training, Johnson used that free time to work on his agility by doing a lot of polymetric and sprint drills.

“That was to make sure that not only was I training for the best shape of my life but I was also training to get ready for my first CFL training camp,” he added.

Johnson’s father, Winchester, was a competitive decathlete. His mother, Angy, was a basketball and soccer player at the University of Saskatchewan. His younger brother, Kolby, is also a member of the York University men’s hockey team. They may compete in different sports but it’s the work ethic that also runs in the family.

“The resilience comes with just being able to keep the consistency and want to come back day in and day out without giving up. I find if you have the mental strength to keep pursuing and chasing after your dreams, then you can slowly see your dreams become reality. It just creates a better personal and mindset for yourself,” Johnson said. 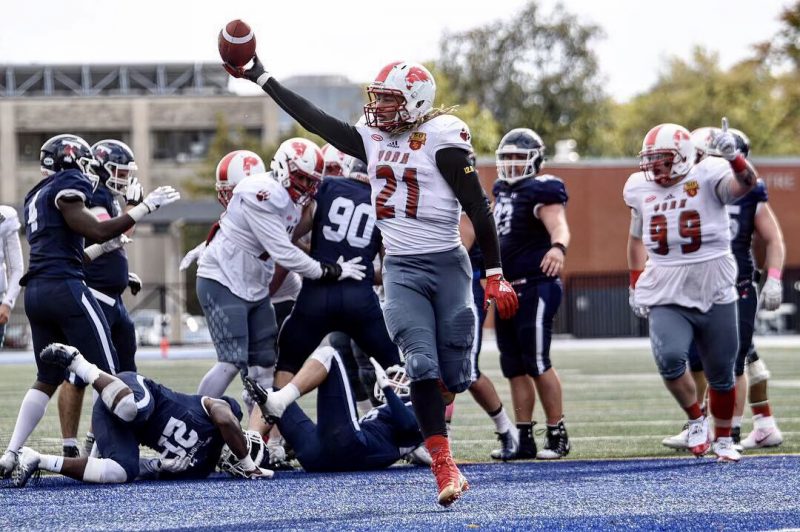 As a kid, Johnson was always involved in multiple sports from gymnastics, soccer, basketball, track and field and hockey. He didn’t partake in his first football practice until Grade Seven, when former Ottawa Roughriders offensive lineman, Al Neufeld saw Johnson’s raw athletic talent and had to bring him onto his football team.

While living in Kindersley, Saskatchewan at the time, the starting age for football was fourteen. Despite being a year younger than his teammates, Neufeld made an exception for Johnson to start football early.

“It was an awesome experience to be able to have a coach who played in the CFL. That really helped my development as well,” recalled Johnson.

Then Johnson would go on to crack the provincial roster for team Saskatchewan and shined in 2013’s Canada Cup. He was later invited to be a part of Canada’s junior football program where he established a strong connection with head coach Warren Craney from York University.

There was no offseason for the 6’3 speedster. After transferring from the University of Saskatchewan to York, Johnson was a dual-sport student-athlete in football and track. He displayed his speed and power that are interchangeable in both sports. After three standout football seasons with the York Lions on top of dominating the 60-meter hurdles at the OUA and U Sports championship, Johnson has proven again that he’s an elite athlete.

Now he’s training to become an Olympian in 2026 and the first of many professional football seasons. He is to be a Lion once again, this time on the west coast. Johnson will have a high standard going into his first CFL season. 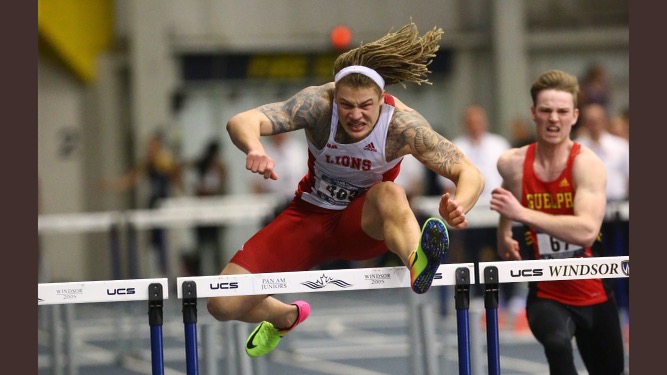 “I always like to set my goals high right off the bat. I want to come into this season and be the CFL’s Most Outstanding Rookie,” he said.

Johnson also has big aspirations of helping the Lions to hunt after the club’s seventh Grey Cup and playing in the NFL someday. He described his playstyle as the faster Derrick Henry while idolizing Adrian Peterson and Chris Johnson growing up.

“The most important thing I want to achieve in my athletic career is a Lombardi Trophy. I’ve always seen myself playing in the NFL as well as after winning the Grey Cup. So, that is always been a huge dream of mine. I see it as a reality that I can manifest and it keeps me excited to continue my passion.”

He’s currently back in Toronto training with long-time CFL receiver and former BC Lion Kamau Peterson, who is currently the offensive coordinator and strength and conditioning coach for the York Lions. Peterson is preparing Johnson and a few other CFL players for the 2021 season. With bobsled being more of a long-term goal, it will be intriguing to see what the training has done for when he straps on the pads in camp.