Scouting Season Has Campbell Jacked Up

Scouting Season Has Campbell Jacked Up

The scouting season has officially ramped up. For a guy who has been in the professional coaching fraternity for well over a decade, Rick Campbell certainly knows an exciting group of available prospects when he sees one. With Campbell’s Lions holding the top selection in the 2021 Global Draft set for this Thursday at 10:00 am, the squad will have a chance to address a few key needs head 2021 training camp.

Campbell joined 1st and Now, the official BC Lions podcast, to talk about his excitement level for this week’s proceedings, particularly for the chance to add a significant piece at number one.

“I’m fully anticipating that whichever player we take at that spot, that the guy is going to play for us,” said the Lions co-GM and head coach.

“He’s going to have to earn it and stuff but it’s not a deal of just drafting a guy to come in and be on our practice roster. We think the talent pool is good and that it’s someone that can come in and help us right away. So that’s exciting.”

Campbell is also intrigued by the size of this year’s Global talent pool compared to the Mexican and European prospects available in the first go-around back in 2019. A big reason for that is the fact 19 of the eligible prospects to be drafted on Thursday played at NCAA programs in the States.

“I think the CFL has done a really good job at investing and finding these guys, literally from all over the place now. This is literally people from all over the world and you’re getting the best guys. It’s guys that are going to end up in the NFL or the CFL.”

Campbell went on to say he expects to get two players in the four-round Global Draft that can be roster players right away, with perhaps the other two selections learning the ropes for a year on the practice squad. As always, you can always expect a pleasant surprise to surface in any given year. 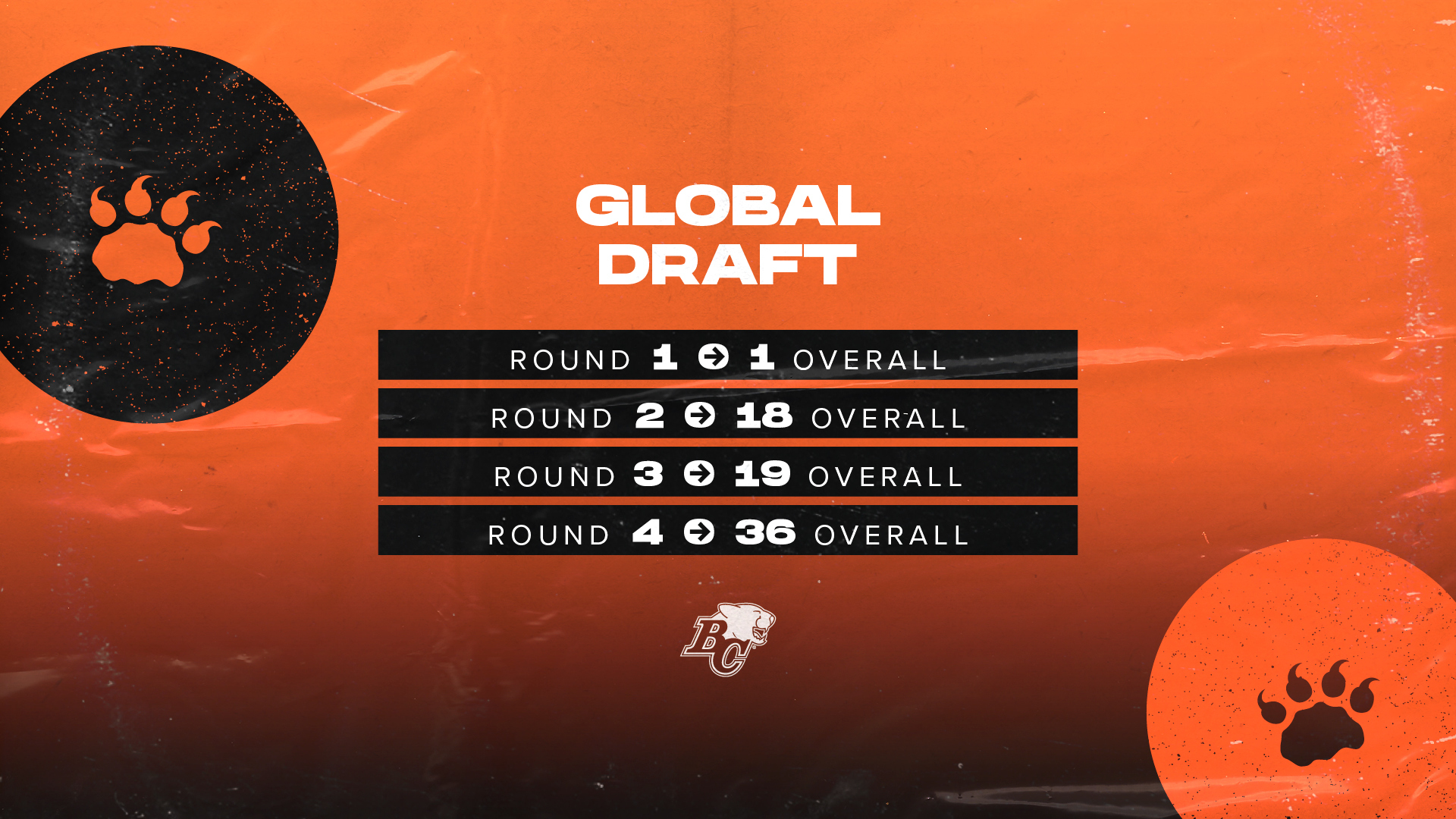 “I’m really glad we got the first overall pick. It’s really going to pay off for us,” added the head coach.

“But I think there is going to be a group of guys in the first round that you’ll see playing this year and contributing on multiple teams in this league.”

You know the scouting grind will pay off. Both Campbell and Simon have echoed the fact that there is Global talent available at multiple positions, most notably with the punters and those that play on both sides of the line. More info on those prospects in the Virtual Combine results below.

With a May 4th date now set in stone for the CFL National Draft, it will present yet another opportunity for the club to add to its prospect pool. One of the more intriguing storylines for 2021 training camp is the fact each squad will have two rookie Canadian draft classes duking it out for spots. But how challenging will it be for evaluating some of the U Sports prospects that also didn’t get on the field for 2020? Just like anything else from the last 14 or so months, it has been an adjustment in the world of scouting.

“It makes it harder. They’re sending in these virtual combines, meaning they’re getting film of themselves wherever they are across Canada or the United States. You see they’re in shape and ready to go,” said Campbell.

“We do Zoom calls with the guys that we want to talk to and just kind of see where they are mentally. We’ve got to rely on the game film they do have already, which these guys do from playing in 2019. If combine that game film with them being physically in shape and talking to them that they seem ready to go and all that stuff it gives you a pretty good idea. We’re all going to be in the same boat.

Even the CFL coaches, we have been off a year too. It’s just kind of getting back into making sure we’re sharp. That’s been the one fun part about the offseason is talking football; scheme and strategy and those things just to kind of keep your brain sharp so that when we do go we are ready to go.”

The Lions currently hold five selections in the May 4th CFL Draft: 4th, 15th, 22nd, 40th and 51st overall. The club’s fourth-round selection (33rd overall) belongs to the Toronto Argonauts as a result of the 2019 trade for Shawn Lemon. 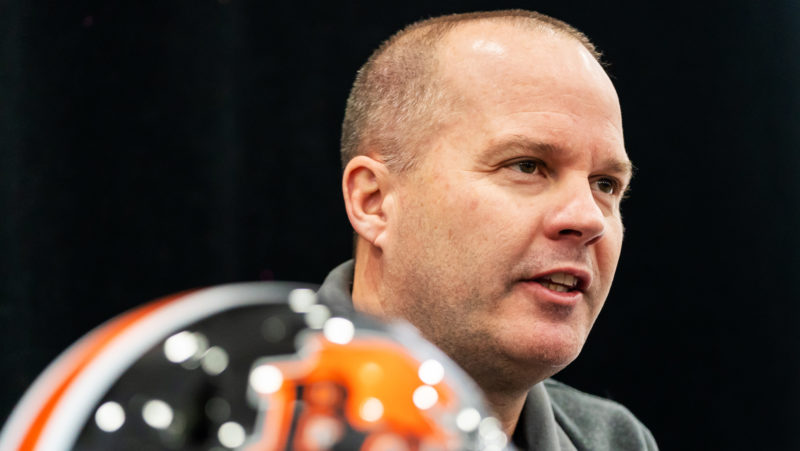 So what about the process for being prepared once we get the green light for camp? Until they’re officially told otherwise, Campbell and the staff will prepare as if they will be in Kamloops on the weekend of May 15th. Should it be delayed, they will be ready to go full stop. Campbell spoke on the fact vaccination rollouts could end up being good news as some players and coaches begin the process for getting back north of the border.

“There are multiple guys on our coaching staff and players in the US that are fully vaccinated. In fact, I think all of our coaches in the United States are. We aren’t in Canada, I’m not. But I’ll be ready to go whenever my turn comes up,” explained the 2016 Grey Cup champion.

“The more of us that go to training camp that are vaccinated, that’s a whole chunk of the team already because those guys have been doing it down there in the States. That’s going to be a big help. As we get closer here in Canada to getting a shot, you’d think life is going to be easier to function in that setting.”

One step at a time. And the next one is being on the clock to pick an impact player in Thursday’s Global Draft. Gotta love scouting season.