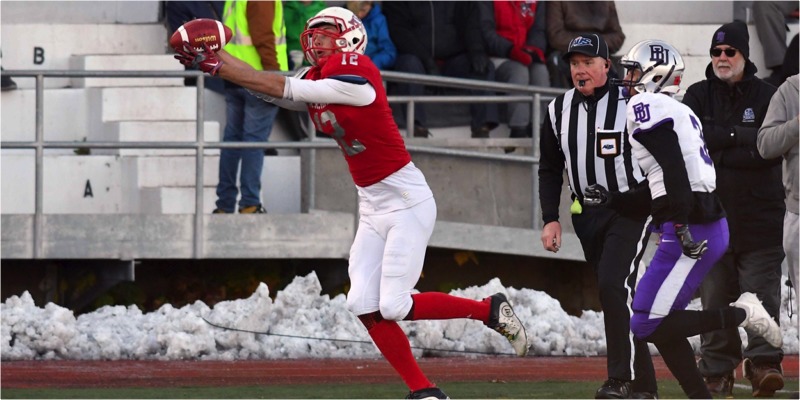 There’s another dual-sport rookie on the BC Lions roster. His name is Cordell Hastings, a 6’3 wide receiver who was the club’s fifth-round selection in last year’s CFL draft. Hastings also just happens to be a prospect for the National Lacrosse League’s Calgary Roughnecks.

At the age of five, Hastings signed up for flag football and lacrosse, where he learned the fundamentals of football and the physical aspect of lacrosse. Contact football didn’t emerge until high school.

Heading towards university, he had to choose between two sports and it was an easy decision to join the Acadia Axemen to play with his older brother, Hartland Hastings, who was a senior defensive back in 2016.

“For football, it was always my goal and ambition to play professionally. And lacrosse, the same thing, I’ve always wanted to do it. But lacrosse fell into my hands then football. Football was my main pursuit for years and it kind of just happened with lacrosse,” said the younger brother, Cordell. 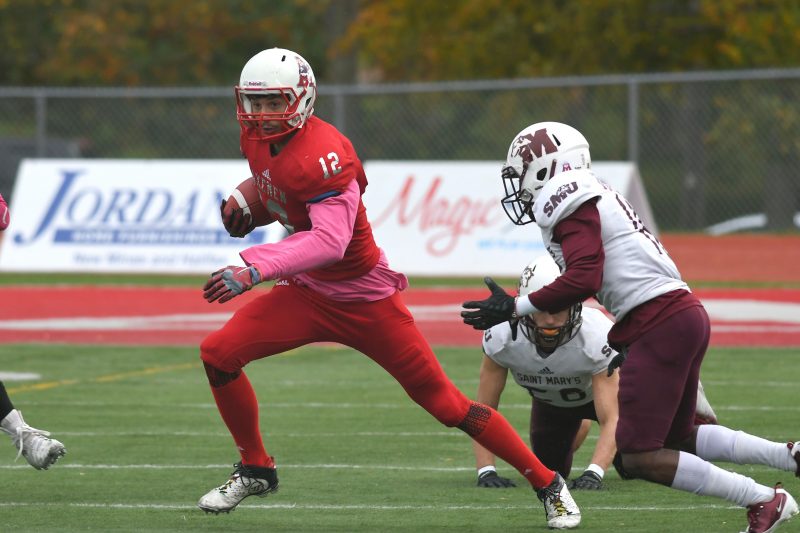 Earlier this week, the CFL announced that three-down football will tentatively return in the summer. The league is aiming to start the regular season on August 5th, including 14 regular-season games while Hamilton will remain as the host of the Grey Cup on December 12th.

It could be a major upgrade in 2021 for Hastings as he spent the first half of 2020 training in his basement, scrambling to find weights and getting his brother to buy him equipment. He’s also excited to be working with Mike Reilly and the entire quarterback room with the Lions.

“I’m definitely a deep threat when you’re a speed athlete. But I’ve been working on my game to expand everywhere. I like being that deep threat guy, that jump ball guy and contact in the air guy.”

Sound familiar? Because “Megatron” Calvin Johnson Jr., the 2021 Pro Football Hall of Fame inductee was his idol growing up.

Although he has some catching up to do stats-wise, Hastings said:

“I like to think of myself as the ultimate athlete, you can put me into any position and I’m going to show you I can succeed. If you give me a job, I’m going to get it done.” 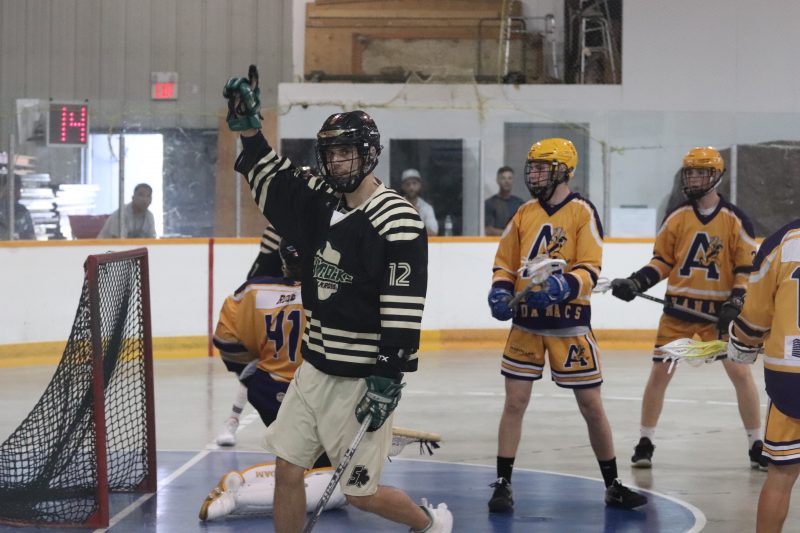 Tough Decisions Pay Off For Hastings

The wide receiver from Calgary racked up 2,047 total receiving yards over four seasons for the Acadia Axemen. Hastings enjoyed a breakout year as a sophomore in 2017 with eight touchdowns, including a 93-yard catch. He was a three-time AUS All-Stars on top of being a Junior B lacrosse player for the Calgary Shamrocks.

Hastings had to find the time to balance both sports, as Junior B lacrosse playoffs and Axemen pre-season training camp were happening around the same time.

Hastings’ lacrosse journey to the NLL was unconventional compared to other prospects. A junior player usually won’t receive a call on draft night. He said that most prospects would go through the NCAA route to drive their draft stocks up.

“I made the decision to play Junior B lacrosse over Junior A, just because of the coaching style and honestly it was less expensive and more of a family thing. That’s the reason why I thought lacrosse wasn’t going to work out because I was playing in Junior B and most of the time, they don’t get drafted,” he said.

“We’ll see what happens. It’ll be nice to be able to do both,” Hastings added.

On March 11th, 2021, the NLL had announced its plan for the 2021 season, which is to start in the opening week of December. If all goes according to plan, he will have another tough decision to make. Representing the Lions in Hamilton will be a nice little pre-cursor to his rookie campaign with the Roughnecks.