Defence may not necessarily win championships, as the old cliche goes, but without it, you certainly won’t come close to tasting that victory champagne. Rick Campbell knows all about that.

Upon entering the open market following his departure from Ottawa REDBLACKS in November 2020, Campbell had some options for a quick coaching return. The opening with the BC Lions ticked a few boxes right away.

Along with the proximity to his home in Spokane, Washington, the chance to lead an offensive nucleus with the likes of Michael Reilly, Bryan Burnham, Lemar Durant and Shaq Johnson is something any available head coach would have to consider.

But as we hopefully get closer to Campbell’s long-awaited Lions sideline debut, there’s another element to his second go-around on the coaching carousel that has him excited. He and his staff are building an intriguing group on defence, even if some of the names on the roster may not resonate with fans quite yet.

Unlike his time in the nation’s capital, Campbell will also serve as defensive coordinator with the Lions.

“I’m personally excited, selfishly, for myself because I grew up being a defensive coordinator,” he explained.

“I didn’t want to do too much (in Ottawa), being a first-time head coach. Now that I’ve been a head coach, I’m comfortable with it mainly because of those guys I’m working with. I’m in that mode also where I want to prove something. Once you hop back into it, you want to show your stuff. That’s the mode I’m in.”

So how does he balance it all out? Although not completely uncommon, serving as a coordinator to go along with head coaching duties isn’t a regular arrangement. Campbell is confident it will all work out, based on his relationships with the defensive staff and everybody knowing their respective roles.

“I’m really excited to work with the coaches,” he said.

“This is my first time working with Ryan Phillips (defensive backs). Travis Brown (linebackers), I know from his playing days in Ottawa but haven’t worked with him as a coach yet. And then there is Leroy Blugh (defensive line) who I know as well. I think they’re going to do a really good job with the players and relate well with them.”

“They’re so capable and I think they’re on the way up coaching-wise. It’s going to be a good fit.”

If you can build a solid defence in three-down football, you’re going to win. A lot. Now comes the challenge of finding the right mix of players that will be reporting to training camp. 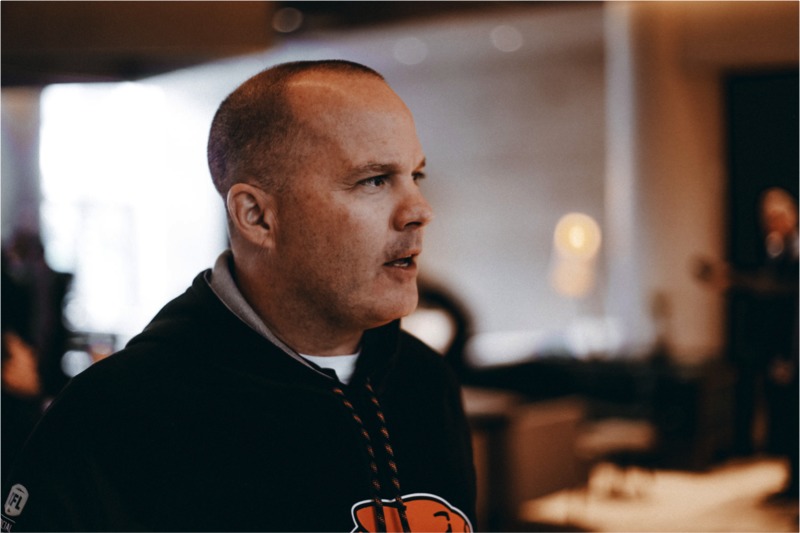 Defence Starts On Line Of Scrimmage

A major identity of any successful defence is being nasty in the trenches. If there is one word to describe the current crop of defensive linemen, it might simply be potential. Despite losing 2020 prized free agent addition Micah Johnson to Saskatchewan, Campbell and the coaches are excited to see some of these battles play out in camp.

Along with CFL veterans Chris Casher and J.R. Tavai, the head coach is expecting the likes of Ufomba Kamalu, Lewis Neal and Obum Gwacham, all of which have NFL experience, to have a say in how the roster might look once the games begin.

“It’s kind of the fear of the unknown. They’re not a known group and as you’ve said, they’re not household guys. I’m very optimistic,” explained Campbell on his d-line.

This holds true for any position group, but Campbell was quick to remind that inexperience can sometimes bring about the best results in a pro camp.

“When you are new and when you’re out to try and make a name for yourself that can be a good thing because you can really run into a motivated group of people,” said the 2016 Grey Cup champion head coach.

“I think the D Line is going to be a very motivated group who is athletic.”

“I think Leroy is a perfect guy to go with it because he is such a veteran CFL guy and I think he can lead them in the right direction.”

The standards have been high in recent years with the likes of Brent Johnson, Cameron Wake and Odell Willis, just to name a few. Now it’s time for the new era to shine.

Not Just Canadian Flavour At LB

Lions fans have certainly been spoiled with great linebackers over the years as well. A prime example of that being the ‘Team 100’ duo of Solomon Elimimian and Adam Bighill.

But with salary cap management being more important than it ever was, the squad has been forced to adjust and spread around the resources, especially on the defence. Entering 2021, linebacker could be the position that presents the most intrigue for the ratio. The return of Bo Lokombo is a big reason for that. 2018 was his last season in orange where the Abbotsford product set career-highs with 71 defensive tackles, four sacks and recorded two interceptions in a season for the first time.

“I was really excited to get him. It’s my first time working with him. I know he’s a Lion and he lives in the lower mainland. That’s not a requirement, but I think those are all bonuses when you can acquire players who are local, want to represent the BC Lions and represent the community. He checks all those boxes,” said Campbell of the veteran Lokombo.

“If you just watched him while he last played in Montreal, he was active, running around, hitting people and making things happen. Just playing the game the way you like to see it played with great hustle, great effort and enthusiasm. I’m looking forward to seeing what he brings.”

Returning Lions Isaiah Guzylak-Messam, Adam Konar, Noah Robinson plus rookies Jordan L. Williams, last year’s 1st overall pick, Damian Jamieson and Ben Hladik make up the rest of the Canadian content at linebacker. Campbell and his staff will have no shortage of options. 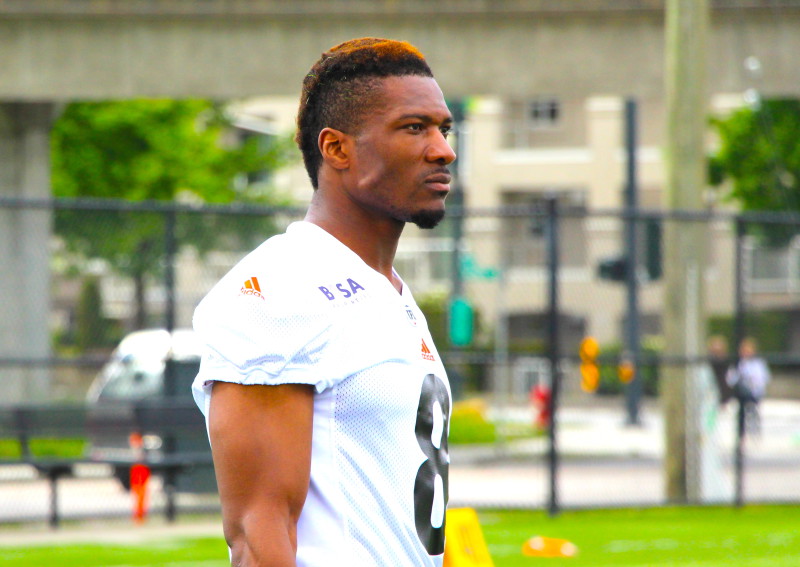 “It’s pretty remarkable the Canadian depth we have at linebacker. We at least four guys there at what we call our MIKE and WILL position; those guys that line up in the box and that are true linebackers that can play well and have won games in this league,” said the head coach.

That doesn’t happen very often where you get that much depth. That part is exciting. We don’t have to play both Canadians there.”

Another former Lion brought back into the fold was Dyshawn Davis who broke into the CFL with the squad in 2016 and was a reliable foot soldier on special teams. There is also the “other” Jordan Williams, a former Baylor standout who was signed by the squad late in 2020. Both of those players provide American options as part of this group.

“I prefer to let the battles play out and have the players decide it for themselves.” 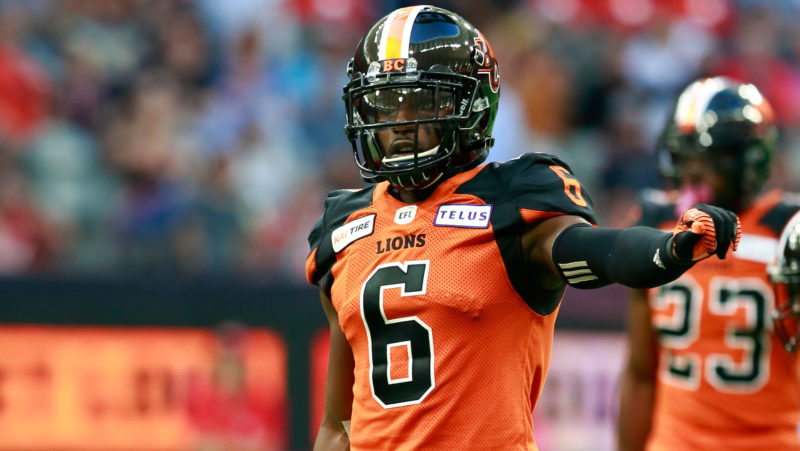 Experience Key In The Secondary

For all the relative questions in the other position groups, defensive back will provide the Lions and their fans with a bit more certainty to begin 2021. The group led by Phillips includes the club’s longest-serving player on defence; TJ Lee plus Garry Peters and newcomers Marcus Sayles and Anthony Cioffi.

Sayles enjoyed two very solid seasons in Winnipeg where he recorded six interceptions while Cioffi is re-united with Campbell after spending two seasons with the REDBLACKS. It remains to be seen whether or not he suits up at the nickel position or somewhere else in the defensive backfield, but the addition of Kenny Ladler also gives them some options.

“I think we have a ton of potential there,” said Campbell.

“The thing about playing defensive back in the CFL, especially if you’re new to the CFL, is there are 12 guys on the field, which is new to guys and there’s motion and all kinds of things happening. When you get guys that have played and played at a high level before, you can just start off at a higher point. I feel totally fortunate that we have that veteran group there.

Few can forget how much defence played a role in the odd late-season collapse in 2019. Some of these battles will be very fun to monitor once we get the official green light to return to play.