From now until the start of the 2021 training camp on July 10, bclions.com will provide a positional breakdown series to preview all the new and familiar faces who will be taking the field at Hillside Stadium in Kamloops. We’ll begin with our special teams unit.

It’s actually happening. CFL football is officially coming back on August 5. For us, it may be a sigh of relief or the excitement of being able to attend games again. But for the players, they now have a set date on their calendar — time to work.

Lions special teams coordinator, Don Yanowsky is also eager to be back in Canada and working with some familiar faces like Rick Campbell, Leroy Blugh and Jordan Maksymic who he teamed up with in Ottawa a few years back.

“Oh yeah, I had too much downtime,” Yanowsky said on being away from the field in 2020.

“After missing it for a year, I think everybody is going to be hungrier,” he added.

One big question for our special teams unit this year is who will be taking on the kicking duties from August 5 and onwards. Sergio Castillo had a career year in 2019, he made 91.1 percent of his kicks in 18 games. It led to an opportunity with the New York Jets in 2020.

Currently, there are three kickers/punters listed on the Lions roster: Stefan Flintoft, the former UCLA punter signed with the team last January. Flintoft had a 45.8 punting average in his final season as a Bruin, his 43.68 career punting average would rank him third on the school’s all-time list. 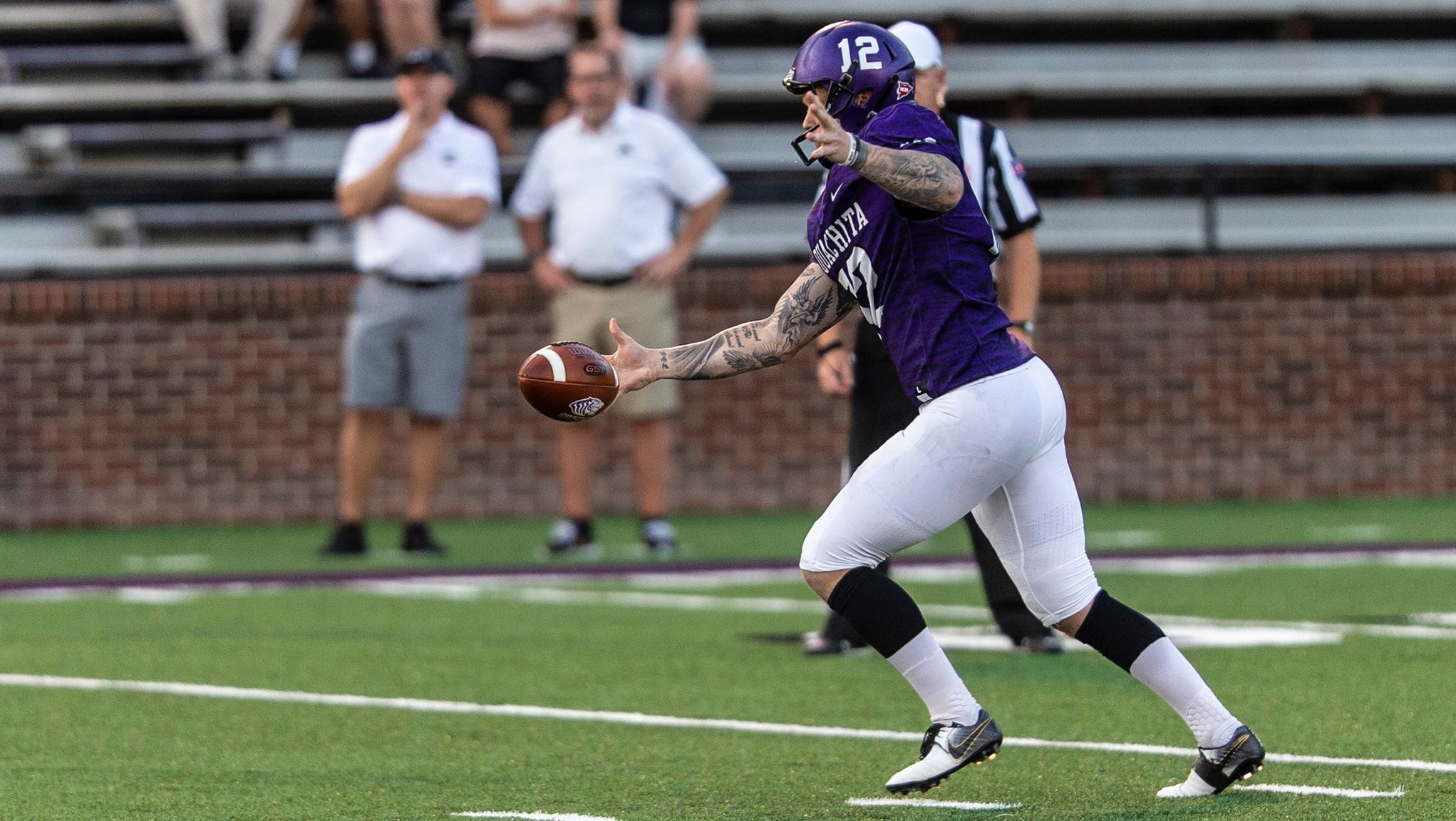 And then, there are the additions via this year’s Global Draft. Jake Ford (above), the 1st overall pick out of Shepparton, Australia, attended Ouachita Baptist University in Arkansas. In 2018, Ford had the best net punt average in the U.S. and 28 punts were inside the 20-yard line.

Then in round three, the club took Takeru Yamasaki from Oita, Japan (below) who has experience in the Japanese X-League for several years. The placekicker switched from soccer to pigskin in college when he debuted for the Osaka University TRIDENTS.

Yanowsky has been watching his players closely on tape. He’s excited about all the newcomers that’ll be attending training camp. But there’s still a bit of unknown since they’ve never interacted and the players’ tape could be outdated.

“It’s like opening a Christmas present that you haven’t seen for two years. I like our talent level. I like our return guy like Rainey, and I like the skills we have in terms of covering kicks. But now we got to go do it and I’m excited to get a chance to work with these guys in person,” Yanowsky said.

Chris Rainey will be entering his seventh CFL season after previously spending 2019 with the Toronto Argonauts. Rainey, one of the top kick returners in the league will add valuable veteran leadership on special teams and looking to pile up those kick return yards. Rainey currently has a Lions franchise-leading total of 6,671 kickoff return yards under his belt.

Yanowsky will also look for Kenny Ladler and Marcus Sayles to lead by example. Even if their roles are primarily on the defence, Yanowsky will rely on them to set the tone for the entire locker room.

“Different guys lead in different ways. If special teams are important to them and the guys in the locker room know it, they’ll go out and play that way. Then they’re leading. A guy may play on three or four special teams and how much they play on the special teams depends on what their roles are on the offence or defence as camp determines that,” he said.

There will be no pre-season this year so teams will enter week one of the regular season just shortly after their training camp. Yanowsky has spent the last 40 plus years coaching at the collegiate level on top of being in the CFL. It’s common for college teams to go straight from training camp into the regular season.

“Whether it was at LSU, Minnesota, Boston College or Memphis, we didn’t have pre-season games, so you had a couple of scrimmages and then you go play. And I feel very comfortable that the coaches we have on our staff are veteran enough to set up drills and practice reps that will allow the guys to develop and be ready to win their first ballgame,” he added. 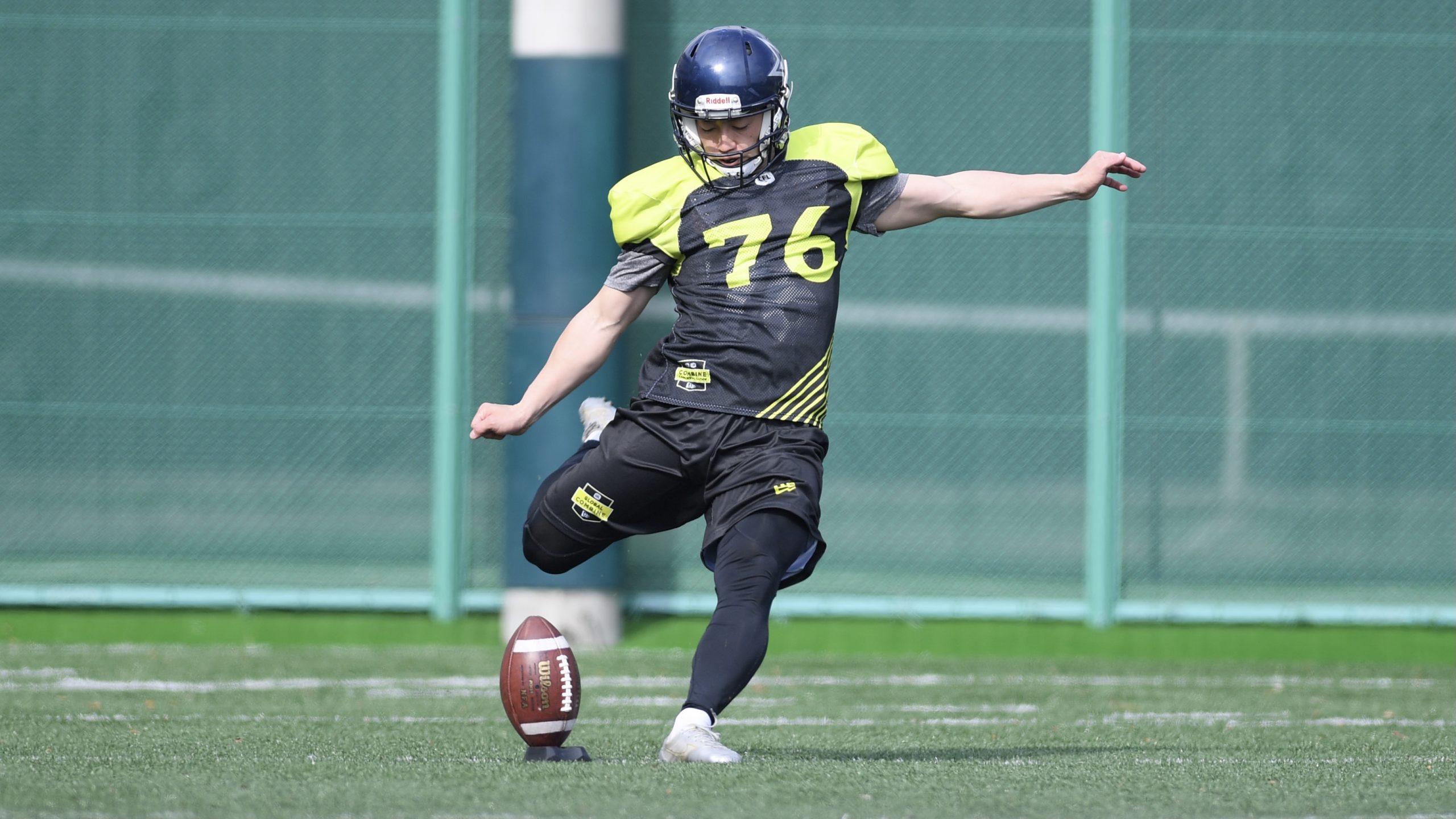 It’ll be a learning experience for both coaches and players as they get the rust off after being away from the field for more than a year. Yanowsky is confident that Rick Campbell and the rest of the coaching staff will ensure the team is ready to play on August 5. While the 100 plus guys will compete for a final roster spot at camp, Yanowsky will also navigate to communicate with Japanese kicker, Yamasaki as best as he can.

“A lot of people have accused me of being limited in English,” Yanowsky chuckled.

“I’ve been told that I speak Chicago or I speak differently. But I think there’s a learning curve anytime there’s a language barrier. I’ve not spoken to him yet, so I don’t know what level of English he has. He probably has better English than me, but we’ll find a way to cross that bridge to make the barrier work,” he added.

English may not be Yamasaki’s first language, but he expressed that his English comprehension is good enough to make this job work. Although he said he still needs to improve his English speaking skill.

Before Bo Lokombo became a ferocious playmaker on the defensive side, he played a key role on special teams early on in his career. Dyshawn Davis also had a busy year in 2018 where he registered 13 defensive stops and 22 special teams tackles. In the past two CFL Drafts, the club added Jordan Williams, Damian Jamieson, and Ben Hladik at linebackers. All of them were one of the leading tacklers for their college teams. They’ll be valuable additions on the defensive side and special teams.

Another exciting return specialist that’ll be reporting to Kamloops is Lucky Whitehead. The former Winnipeg Blue Bombers and Dallas Cowboys is an electrifying playmaker on the special teams. Whitehead had 1,151 total return yards for the Cowboys in 2015 and 2016. His first CFL season in 2019, he also had 596 kickoff return yards for Winnipeg. With Whitehead and Rainey as our return specialists, it’ll definitely spice things up on special teams.

And as we’ve outlined, whoever comes away with the placekicking and punt duties will for sure be an intriguing story to follow. The Globals have their respective resumes while Flintoft has spent time training in Los Angeles with former Lions and current Chargers kicker Ty Long. 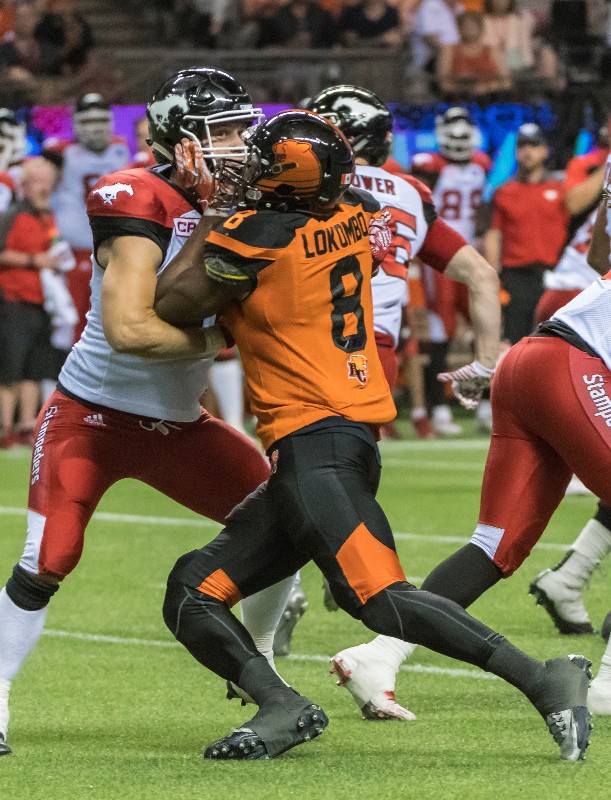 “Truly, you want people in that room to play for each other, that likes to run fast and hit fast. That identity depends on who and how they play when they get to camp. We’ll see what that identity is and that’s the fun part,” Yanowsky concluded.

Stay tuned for the remainder of our positional breakdowns. Up next: we will check in on the linebackers.