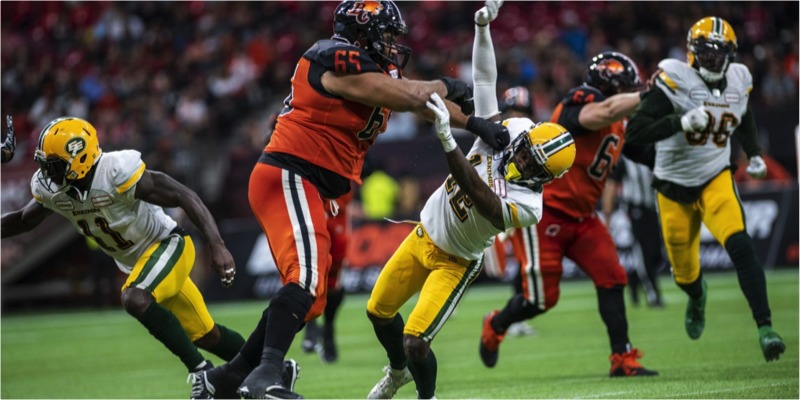 From now until the start of the 2021 training camp on July 10, bclions.com will provide a positional breakdown series to preview all the new and familiar faces, who will be taking the field at Hillside Stadium in Kamloops. We’ll continue this series with our offensive line.

When the Lions return to game action in Regina on August 6th, the offensive line will be looking to send a message across the league, Simply put, that they won’t let a lackluster 2019 season where they allowed 58 quarterback sacks define who this o-line unit is.

Offensive line coach, Kelly Bates, says his entire o-line group will have to prove the ability to protect Mike Reilly and fulfill their blocking assignments this season.

“As a group, we have the most to prove. I think in the second half of 2019 we saw the ability to become a better offensive line. From a statistical standpoint, we did a better job of protecting the quarterback, but obviously not good enough job because we did lose Mike (in a loss at Edmonton October 6th),” Bates said.

Since the end of that 2019 campaign, the squad has added reinforcements on the o-line, including 2020 free agent signing Ryker Mathews who helped the Hamilton Tiger-Cats advance to the Grey Cup in 2019. Mathews was also an East Division All-Star for the Tabbies and has the ability to play either tackle spot. 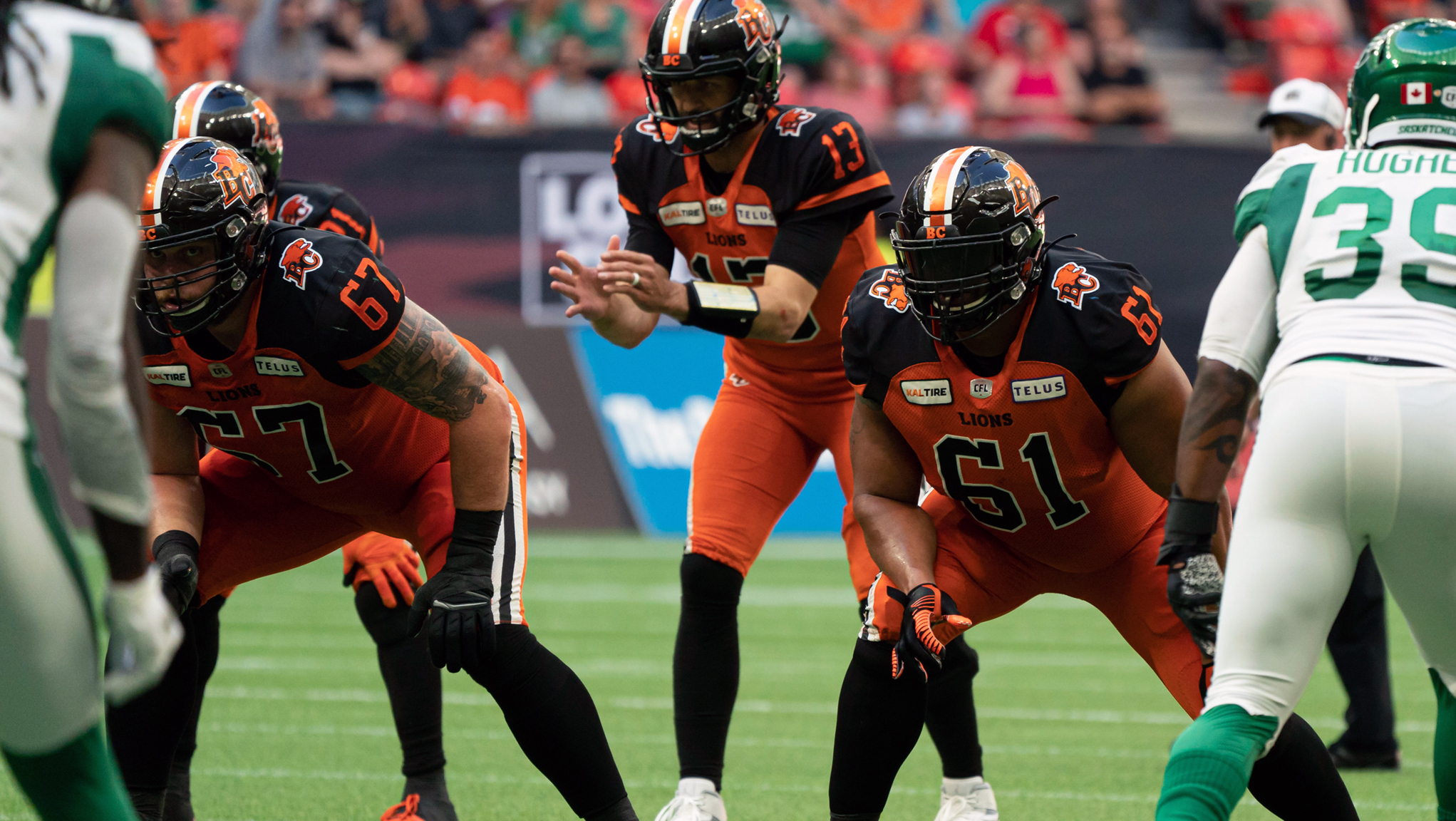 Joel Figueora (right) and Hunter Steward (left) will once again be among those counted on to provide the veteran leadership up front.

Then, of course, there is the CFL Draft. 2020 brought Matt Guevremont in round five, the Pickering, Ontario native who most recently played for Indiana University of Pennsylvania (IUP). And then, Tyler Packer was selected in round six this year out of the o-line factory also known as the University of Calgary.

The list of returning vets also has Bates excited to hit the ground running in Kamloops. Hunter Steward, Joel Figueroa and Sukh Chungh are sticking around for some unfinished business. Steward and 2018 1st round pick Peter Godber dealt with injuries in the past, but are now healthy and ready to battle in the trenches for the entire 2021 season.

“Hunter is our most seasoned vets on the offensive line. He’s a leader both on and off the field and we expect him to fill that role. His goal is to put together an all-star season. I think he’s very capable of that,” added Bates on Steward.

“Peter knows he’s going to be asked to play a much more significant role this year. To this point, he has accepted that challenge and is looking forward to proving that he can do it.”

Phillip Norman, David Knevel and Andrew Peirson all will be entering their third CFL season. Norman made 13 consecutive starts in 2019 after spending the 2018 season on the club’s practice roster. Knevel, the giant out of Brampton, Ontario, showed promise in his 2018 rookie season. He played in 16 regular season games at both guard and tackle. Peirson, from Kingston, Ontario, saw action in 2018 when he stepped in to replace both Godber and Cody Husband who fell victim to the injury bug.

On top of the returning players, the club also signed several U.S. offensive linemen from various division one college programs: Jarell Broxton spent his final two years of eligibility to play for Baylor University. Marcus Norman(Phil’s brother) played over 50 games with the University of South Florida mostly at right tackle. Kent Perkins, the former Texas Longhorn started 34 games mostly at right guard. Victor Salako started his college career at Alabama-Birmingham then transferred to Oklahoma State to cap off his collegiate career in the Big-12 Conference.

“These young men have great potential and will be given every opportunity to prove that potential at training camp and prove that they’ve grown. I feel very good about our group as a whole,” Bates said.

“As of right now, these guys have earned the opportunity to come into camp and compete for a position,” he added. 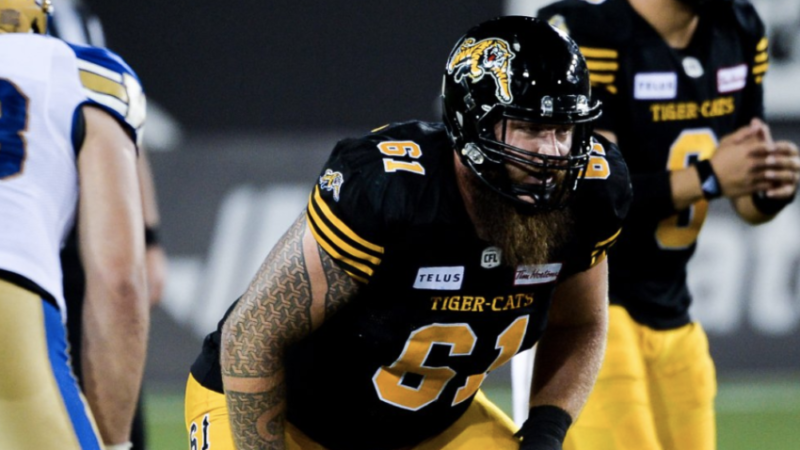 Jarell Broxton (A): The former Baylor Bears who was on the Baltimore Ravens practice roster in 2016 & 17. He also experienced the Arena Football League with the Baltimore Brigade in 2019.

Matt Gurvremont (N): He has played for Chabot Community College in California for two seasons. In 2018, he started 10 games for Malone University in Ohio and eventually ended up at the Indiana University of Pennsylvania in 2019, where he appeared in 11 games.

Ryker Mathews (A): He spent three CFL seasons with the Hamilton Tiger-Cats, combined a total of 41 career games and appeared in four playoff games plus one Grey Cup final. Mathews was nominated as an Eastern Division All-Star in 2019.

Marcus Norman (A): The former UCF player started 45 out of 50 games at right tackle. Throughout those games, Norman cleared the path for three Bulls running backs and helped them to rush for over 1000 yards in a season.

Tyler Packer (N): In 2017, the Calgary native was the first rookie to start at tackle for the Calgary Dinos since former Lion, Kirby Fabien’s milestone back in 2009. Then in 2019, Packer helped the Dinos capture the program’s first Vanier Cup since 1995.

Kent Perkins (A): While he helped the Longhorns to two bowl appearances in 2013 & 2014, Perkins spent the last few seasons on the Cincinnati Bengals practice roster and spent 2019 with XFL’s St. Louis BattleHawks. 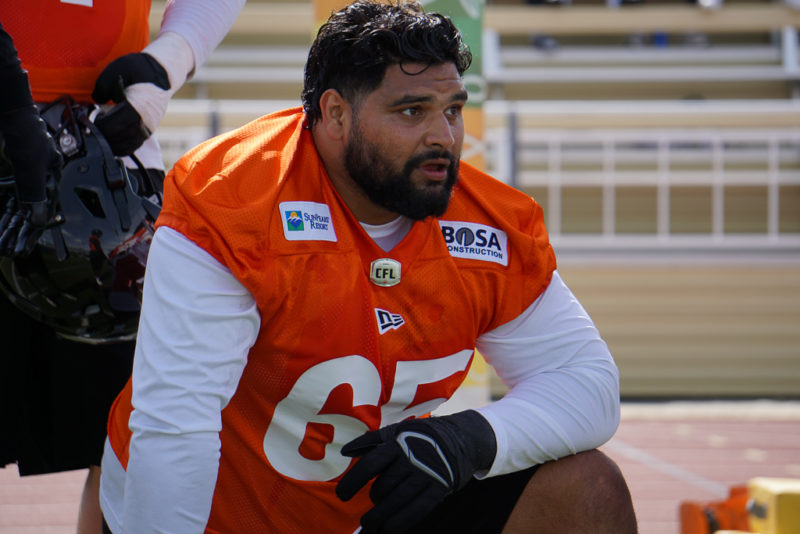 “These guys understand that this is a business that pays you based on wins and losses. They’re professionals and they want to do well in what they do. That’s why that competitive level is extremely important to make us better. That’s what we want to see from all these guys, is the ability to come out and compete at a high level, both physically and mentally,” Bates said.