Everyone in CFL circles is feeling like a kid on Christmas morning these days. Rob Ralph is another one with the look of an individual who received every item on his list before snagging an extra piece of fruitcake his younger sibling was eyeing at the dessert table.

But now comes the task of taking down the tree and buckling down for the start of a new year. With week one of 2021 training camp almost in the books, the evaluation process becomes all that more crucial. The Lions Director of Canadian Scouting is right in the thick of all of that. And he likes what he sees from his two rookie draft classes, even if it means a little extra evaluation.

“It makes it a little bit busier with a few more guys to evaluate,” says Ralph while watching Thursday night practice under clearer skies in Kamloops.

“The seven that we’ve got from 2020 and three more from 2021 is a great group.  It’s really only about three more guys than normal but it’s great to be here and we look forward to watching those guys all progress.”

The two draft prospects many Lions fans are anxious to see are linebacker and 2020 top pick Jordan X. Williams as well as Victoria-born quarterback Nathan Rourke.

Williams looks to be fitting in well as he adjusts to the daily football grind he truly hasn’t experienced since 2019 and his brief stint with the Orlando Apollos in the now-defunct Alliance of American Football.

“Jordan is proving to be everything we saw on film for him at East Carolina,” Ralph explained.

“His lateral movement, his instincts are all there. From day one, he has come in ready physically and mentally. He’s been progressing every day. Watching him on the field moving around has been music to our ears.”

Williams himself has enjoyed his tenure in Kamloops and is doing his best to approach every practice situation as if game action isn’t too far way. Three weeks from tongiht the Lions will be battling the Saskatchewan Roughriders.

“Guys who came from the NFL had had difficulty adjusting and the same on the flip side. It’s the same game of football but there are different things you’ve got to be good at. It’s a lot of faster-paced game, I’d say.”

Williams may be an ‘older’ rookie, but one of the things he’s taken in so far is all of the experienced CFL players on this defence and what they can do to help him adjust as quickly as possible.

“There’s a lot of experienced guys who played with other teams. They tell you about tendencies and lead you to where the play is going to happen. Sometimes you call their bluff then they say, ‘boom, I told you. I told you the running back was going to cut that way.’

Rourke for his part, has looked steadily improved as each of the practice days has gone by. Patience will remain the key when it comes to evaluating the second rounder from last year.

“Coming in as a rookie quarterback is always tough but the one thing I love about Nathan is his demeanor,” added Ralph.

“When you come in with that veteran approach as a youngster, it goes a long way in helping pick up various tendencies in the playbook. It helps he has a veteran like Michael leading the quarterback room.” 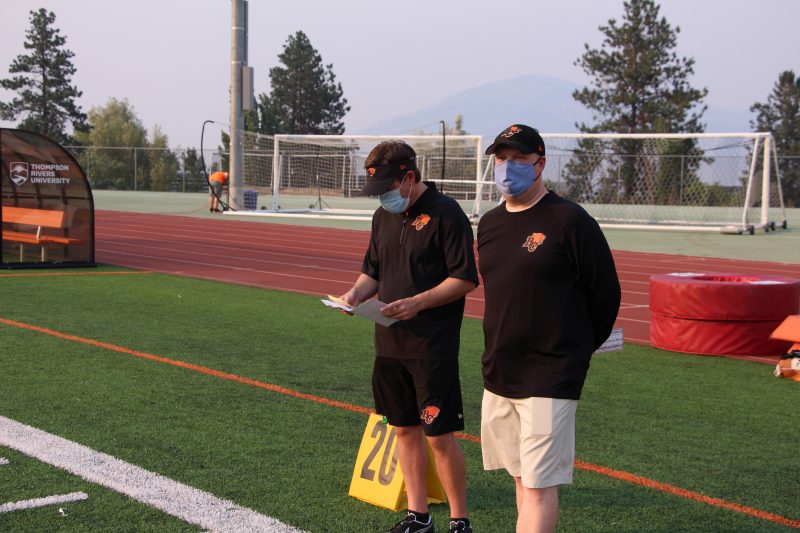 The Lions addressed almost every position in the 2020 and 2021 CFL Drafts. Defensive linemen Court Hammond and Alfred Green haves been right in the middle of some big battles up front, while offensive linemen Matt Guevremont and Tyler Packer continue to learn the ropes behind a stable group of veterans.

Skill position players such as running back Kayden Johnson, wide receiver Cordell Hastings and linebackers Damian Jamieson and Ben Hladik will also have to prove their value on special teams in their respective rookie camps.

“I’ve been really impressed as all of these draft picks have come in physically and mentally ready to participate in training camp. That’s all that we’ve asked them to do; they’ve come in here, they’ve been great, they’ve been studying the playbook, they’ve been working hard on the practice field. I think as every day goes by, it will get a little bit easier for them. I look forward to seeing their progression throughout camp.”

Solid Canadian content. It’s what often separates the winners from the rest of the pack. 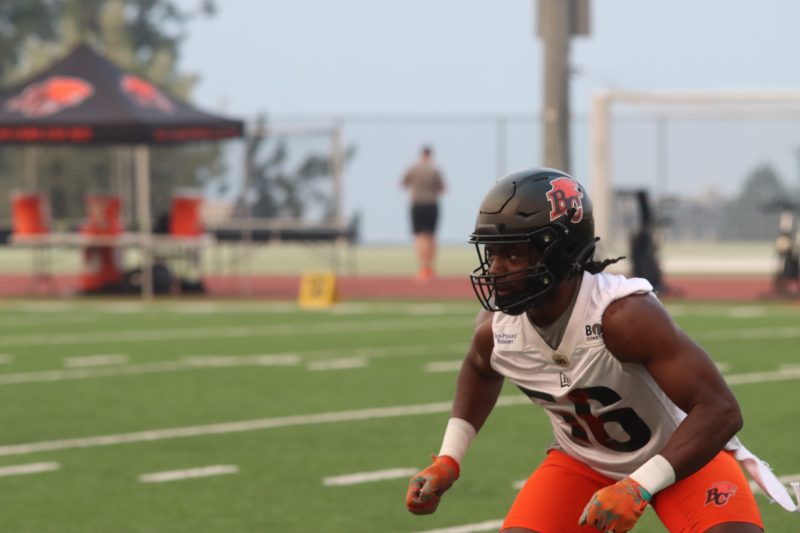 Calm Before The Scrimmage Storm

Head coach Rick Campbell opted to scale down Friday’s activities by forgoing another two-and-a-half-hour evening practice in favour of an afternoon walk-through from 2-3:00 pm at Hillside Stadium.

The idea here, of course, is to make sure the group is fresh for the first of three team scrimmages before camp breaks on the 29th. Best efforts will be made to hold a true game experience, from officials on the field to coaches calling plays from the spotter’s booth. It’s about to get fun.

Condolences to the family of Kent “Cookie” Gilchrist after the legendary newspaper columnist passed away late Wednesday evening. Cookie was always a friendly face at Lions practices and games and the CFL was a better place with men like him in it. I was lucky to get to know him. We truly have been blessed with great sports personalities and writers in this market.