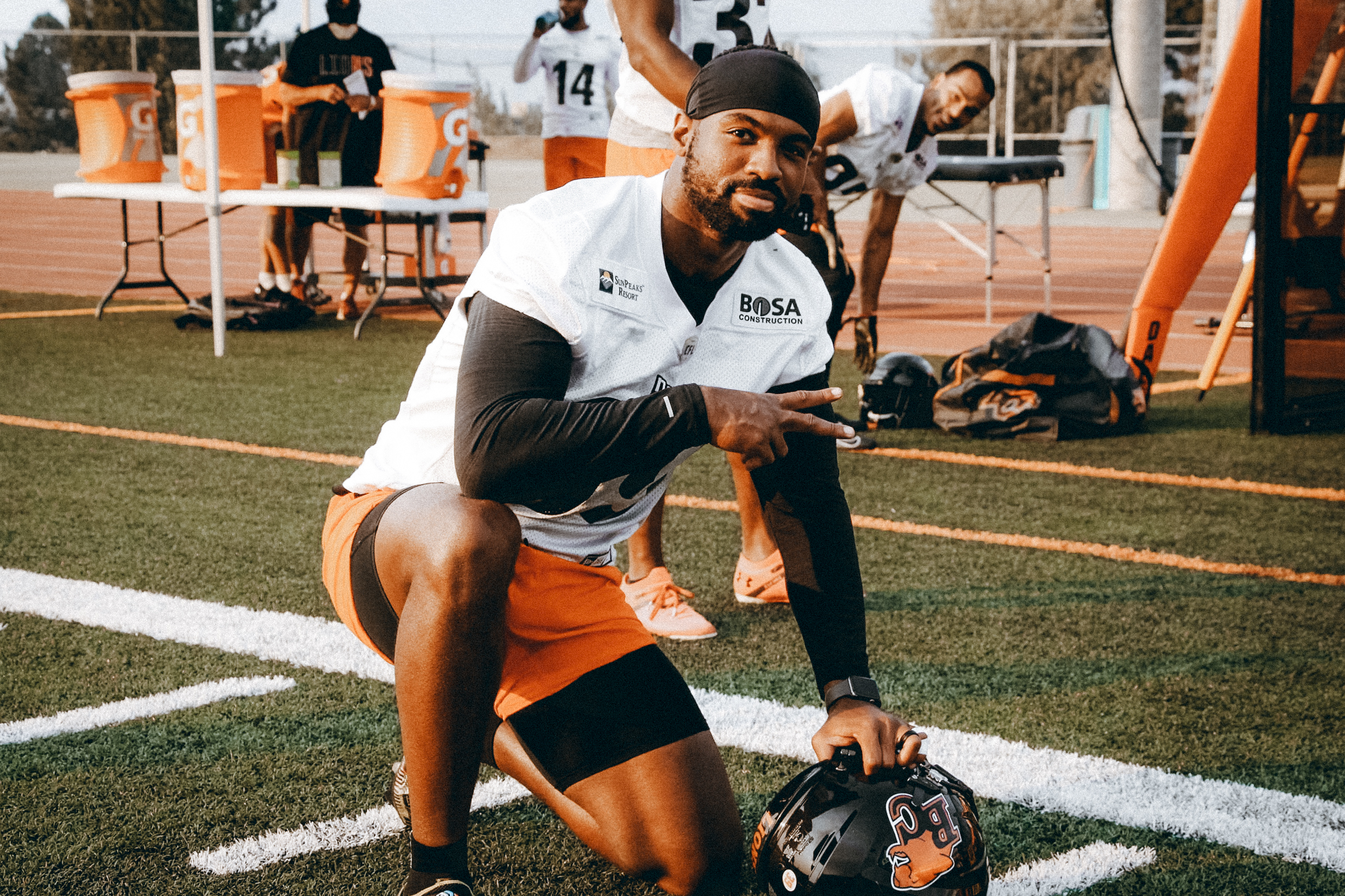 If you like your American CFL camp rookies to have plenty of big-game experience, look no further than Tyvis Powell. For starters, the hard-hitting safety was Defensive MVP in Ohio State’s win over Oregon in the 2015 College Football National Championship.

Then following an eight-game stint on the Seattle Seahawks roster in 2016, he made his first career NFL start for the San Francisco 49ers in a Monday Night tilt two years later. Primetime, under the lights. Not many in this training camp can say they’ve experienced that,

But along the way, he has also had to stay patient. Being cut by no less than seven NFL teams is not for the faint of heart. With that big-game experience already under his belt, Powell is looking for a new home in British Columbia. And so far, he’s loving every minute of it.

“This has been awesome, especially after not playing football at all last year. I was pretty miserable,” said Powell in a ZOOM one-on-one with bclions.com.

“I was watching all of the NFL and literally saying to myself that I needed to play football again. This here is a dream come true. I’m happy on the inside again.”

He has turned some heads through week one in camp at the safety position and even recorded a big interception in the first team scrimmage on Saturday. Playing in a position group that was considered the most experienced on this Lions defence coming into camp, Powell has emerged as one of the unit’s top newcomers thus far.

“The one thing I’ve learned is that there is a group of guys on this defence that is as passionate about football as I am,” explained Powell.

“That gives me great vibes. When adversity strikes, that’s when people rise to the occasion. It’s like holding on to a rope; you’ll never let the rope go no matter how tough times get. With his defence and offence, it’s a great solid group that believes. In the scrimmage, we were clicking on all cylinders on the D. When you have a defence flying around, having fun and making plays, then watch out.”

It will certainly be interesting to watch him and the DBs elevate their game over the final ten practice days in Kamloops. Looking back at his time in the NFL, Powell is thankful to have had the likes of Kam Chancellor and Richard Sherman show him the ropes as a non-drafted Seahawks free agent in 2016.

“A lot of people didn’t know this, but Kam was my role model in college. My favourite player. And now it was like, ‘wow now I’m playing with him,'” said the former Buckeye.

“Sherm is the one who really taught me the ins and outs of the game, as well as the business end of it and life in general. We’ve got a close relationship. I spoke with whim recently and sent him some practice clips. He’s still there for me, so I appreciate it.”

He made an impact in Seattle when called upon. He points to a Monday Night win against Buffalo in his rookie year as his biggest moment when on special teams he threw a big crackback block that sprung Tyler Lockett free.

“But then he stepped out of bounds,” laughed Powell.

“The crowd was going crazy. I was blocking two dudes and doing everything I could to get him in the end zone.”

Rising to the occasion has never been a problem for the Bedford, Ohio native. As for the big-game experience, Powell knows not to take it for granted. Every time he straps on that helmet, he views it as his biggest game.

“It helps me with my preparation but at the end of the day, football is football,” he said.

“Every game is a big game. That’s the way I was taught. I even look at practice as a game. If you just approach it as practice, you’ll get exposed.” 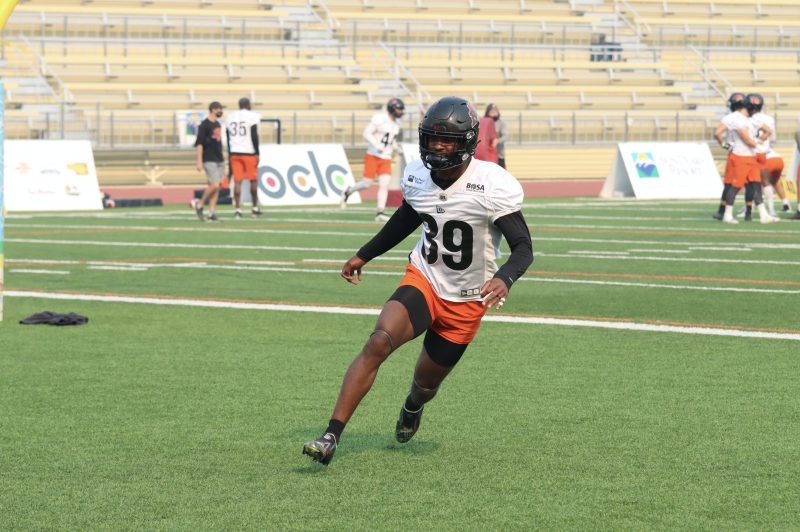 The squad was back at work Monday morning at Hillside for practice that was cut about 30 minutes short due to the smoke conditions. Despite that, head coach Rick Campbell and the staff should be happy with the overall response to begin week two.

They managed to get one team session in pads in before shutting it down and the offence responded nicely after Saturday’s scrimmage. Lucky Whitehead made the longest play of the day on a big touchdown reception from Will Arndt.

Jamel Lyles, Reggie Corbin and James Butler impressed in the backfield as those battles heat up to see who will get the most work with Shaq Cooper.

Arndt continued to run the first-team offence with Michael Reilly needing another maintenance day. Number 13 is expected to be good to participate in full practice soon. The head coach had good things to say about Arndt as well as newcomers Nathan Rourke and Shea Patterson. D’Angelo Fulford was among 12 cuts announced by the squad late Monday afternoon.

“He’s competing well. He came in here as the number two guy but the other guys, I give them credit, have done well too,” explained Campbell of Arndt and the newcomers.

“I’m impressed with all of them. They’re all mobile. They’re all growing and understanding things better. We’ll have to let that play out more. Will is holding up his end of the bargain but I give the new guys credit because they’re definitely pushing him.”

In red zone skelly sessions, Shaq Johnson made the catch of the day in the corner of the end zone, all while being interfered with by the looks of it as well.

Bejour Wilson made a nice read on an interception while rookie Ben Hladik out of UBC had a nice play on a bat down in that same session. Position groups everywhere making big plays. That’s what you want…